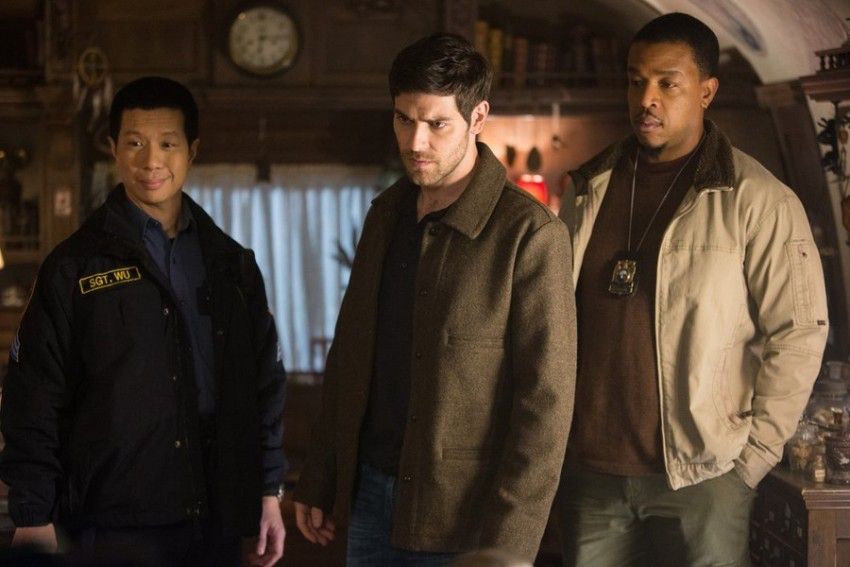 Grimm Review – Death Do Us Part

Yet another great episode – the Grimm team is doing some amazing work right now! 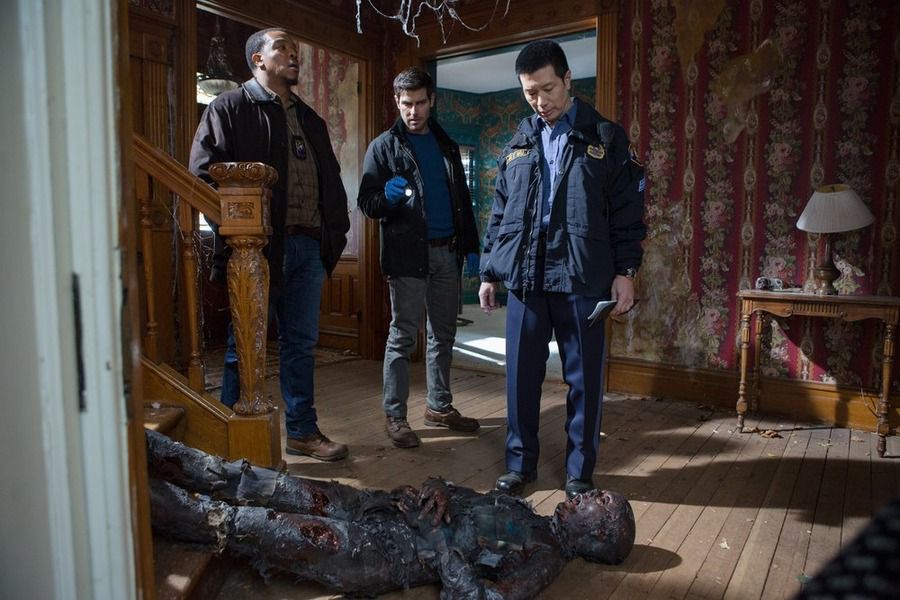 The Wesen of the week plot was an interesting one. I love whenever the Grimm writers take something that seems obvious – ghosts are spirits of the dead, right? – and turn it into a bizarre Wesen you never would’ve expected – electricity-powered green glowing Wesen… looks like a ghost, all right! But unfortunately the Matança Zumbido kills in a really nasty way. Luckily Wu had recently seen the creature while looking through Aunt Marie’s books. With more information from Lily, a Scharfblicke (owl-like Wesen), the ex-wife of the presumed murderer, they found the Matança Zumbido profile in Aunt Marie’s books – and Wu got to read his first profile out loud! He’s really part of the group now! I was somewhat amused that the solution to beating this creature was piercing your ear and putting a frog paste in the hole… I appreciate the bizarre ingenuity of the writers, but how did the first Grimm facing the creature discover that?! Lily beat the guys to the house and found Stetson, the husband of the woman who’d died, and realized he’d killed her husband and his own wife, who’d been having an affair. Nick was battling Stetson and attempting to arrest him when Lily shot him – in self-defense… and Wu got another lesson in Grimm justice vs. police justice. He seems to be handling it well. 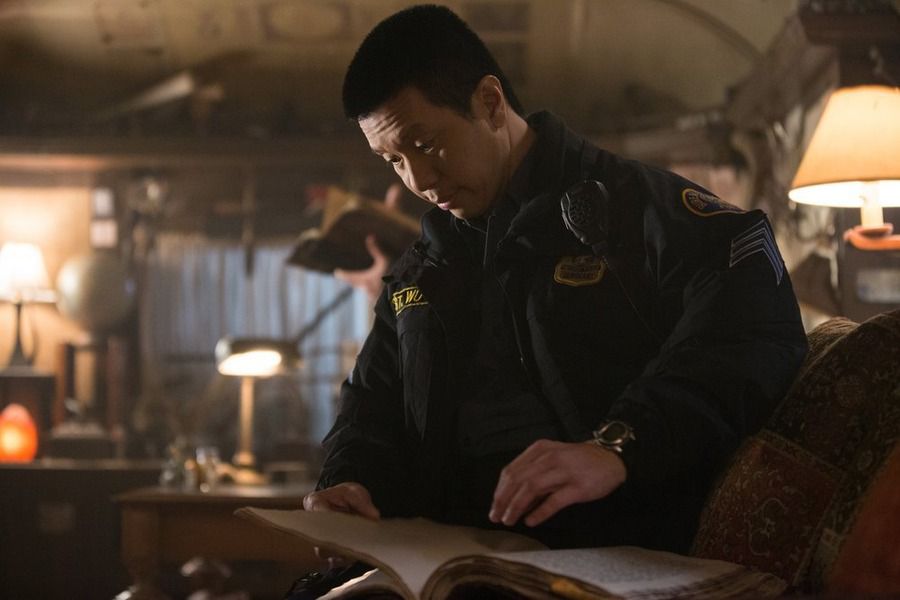 No news is (hopefully) good news on the Viktor and Adalind front, though we know they’ll show up eventually.

Nick and Juliette’s video call with Monroe and Rosalee was adorable, especially when Monroe was trying to offer to help Nick and Rosalee squashed that idea like a bug. After the recent nastiness they went through, they definitely deserve the time to relax and have fun in the tropics! 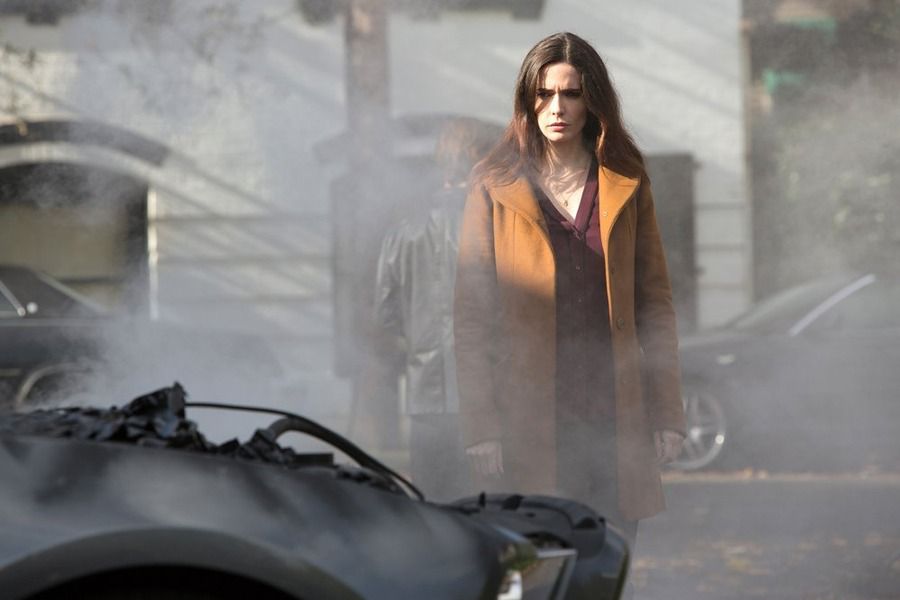 And then we have Juliette. So she goes to Renard and shows him, demanding and pleading that he call his mother. He doesn’t – why, we don’t know. Instead he calls his mother’s friend, Henrietta, and asks if she’ll see Juliette. Although Juliette managed to control a woge for him, the fact that she didn’t even realize when she blew up the car of the guy in the parking lot proves that she has a lot of power and can’t control that. When she shows up at Henrietta’s place, it’s clear some interesting things are going to happen. Next week’s episode should be another good one. 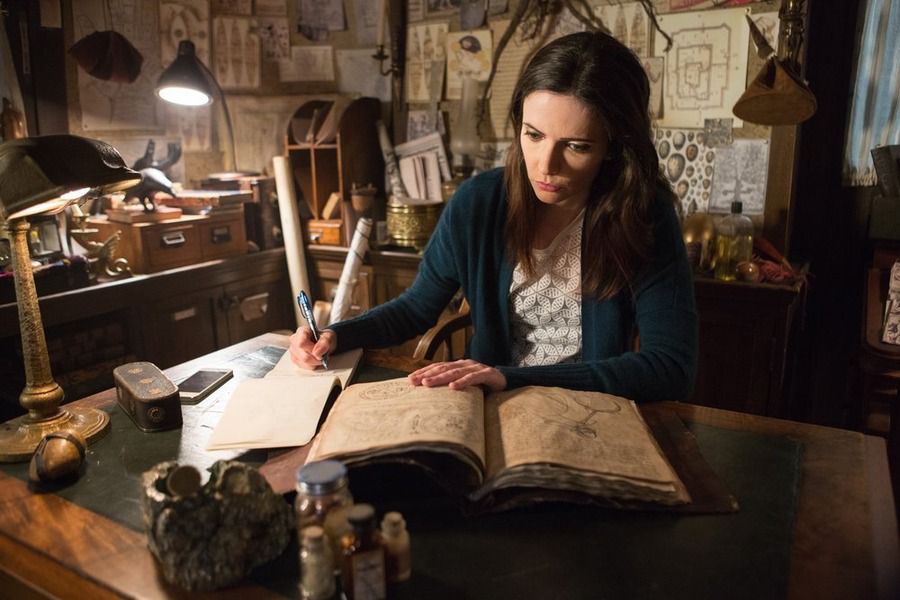 I still think Juliette is doing both herself and Nick a disservice by holding back. The chances of her being able to find a ‘cure’ – if there is one – before Nick finds out are really slim, and it’s going to be worse when he finds out the hard way. With the dream she had, it’s understandable, but does she really think he’d kill her because she was a Hexenbiest?? Come on – Nick isn’t stupid, and he’d immediately come to the same conclusion that somehow or other, the potion Elizabeth made to get back his powers had done this to Juliette. If these two don’t stop with all the deception, they really will drive each other away – for good.

Last but far from least, it seems Captain Renard is having some residual trouble from his mama saving his life. Suddenly he’s in pain and bleeding from all the places he was shot… but the wounds aren’t open. Maybe NOW would be a good time to call Mommy, Sean?!?

See you next week after another exciting episode of Grimm! 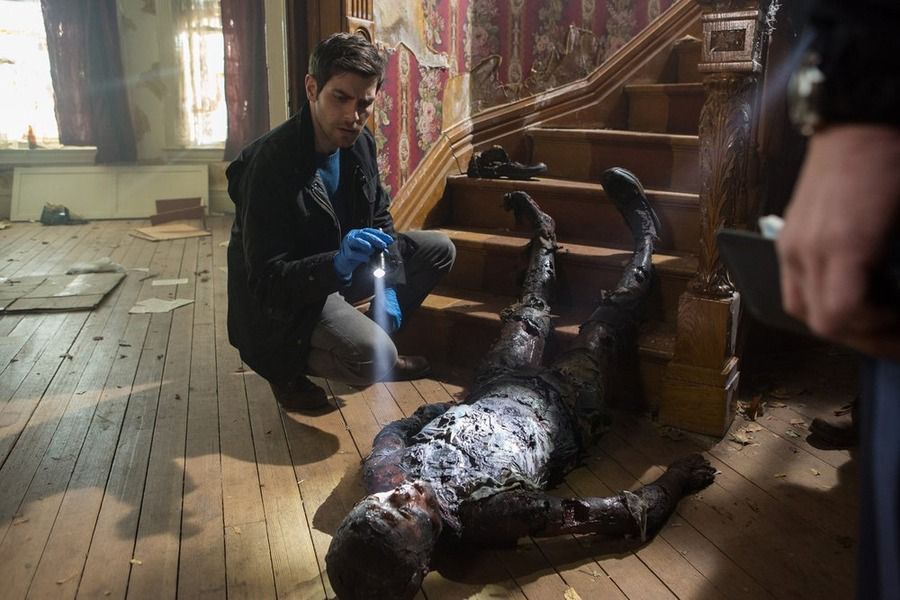