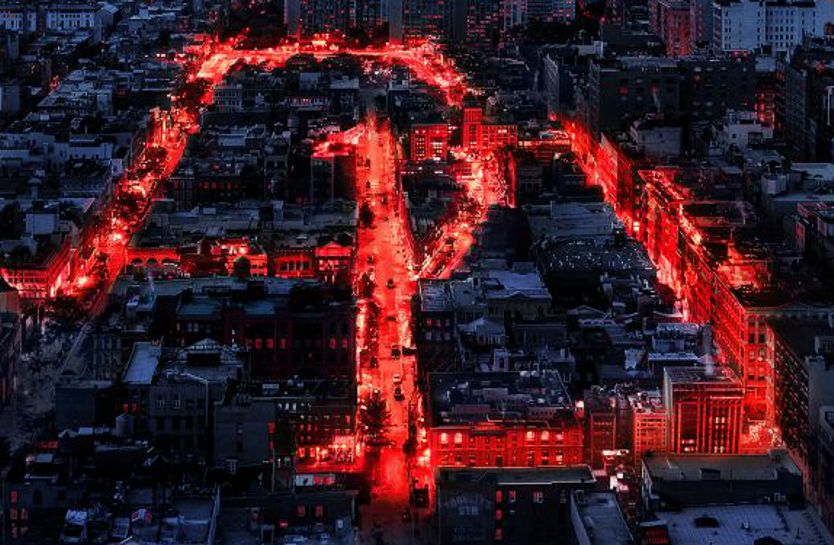 Up until today, we haven’t learned a lot about the upcoming Netflix release of Marvel’s Daredevil.  We’ve gotten a few photos and learned about some of the casting choices, but beyond that it’s remained somewhat mysterious.  Y’know, in a good way.  The kind of mysterious that has you salivating for more, but appreciating the anticipation just as much as the tidbits of information.

Since this is a site that was started around Falling Skies, many of us here at Three If By Space are very excited to know that Peter Shinkoda (Dai) will have what has been called a major recurring role in the show.  For us, that was more than enough to get our attention, but now there’s more.  More is almost always better.

Now, we not only have a really cool “motion poster” (Think of it as a “teaser teaser”, but in a really cool way. Am I saying “cool” too much?), but a release date!  Mark your calendars for Friday, April 10, 2015 because on that date at precisely 12:01 am (PT) Netflix will release all 13 one-hour episodes of the show.  I don’t know about you, but my activity for that weekend will consist solely of binge-watching Marvel’s Daredevil in my footie pajamas and eating tasty snacks.  Who’s with me?

If you want to read the entire article over at Marvel.com, click here:  Marvel & Netflix Announce Release Date for Marvel’s Daredevil

Marvel’s Daredevil” follows the journey of Matt Murdock, who was blinded as a young boy but imbued with extraordinary senses, now fighting against injustice by day as a lawyer, and by night as the super hero Daredevil in modern day Hell’s Kitchen, New York City.

Here’s the full-resolution static poster for you to gawk at.  Go ahead, gawk away, we don’t mind.  Heck, we’ll even gawk with you. 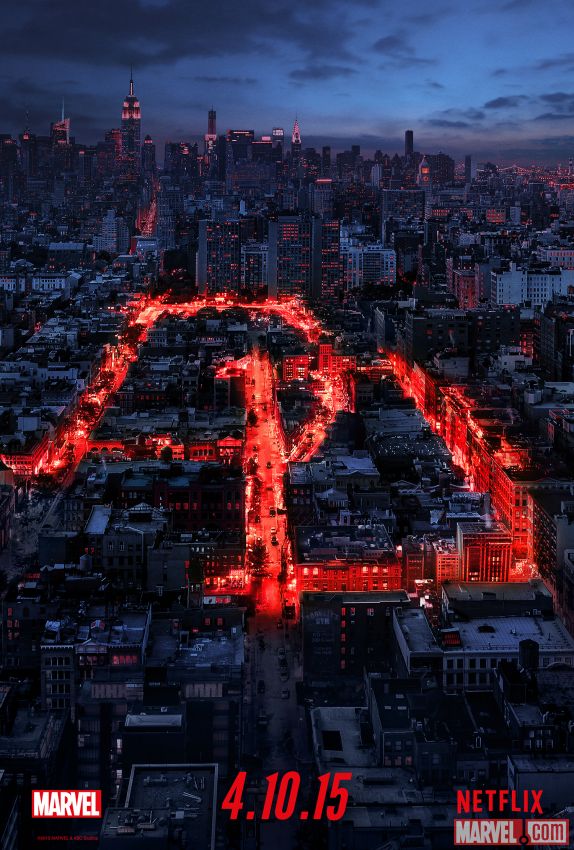