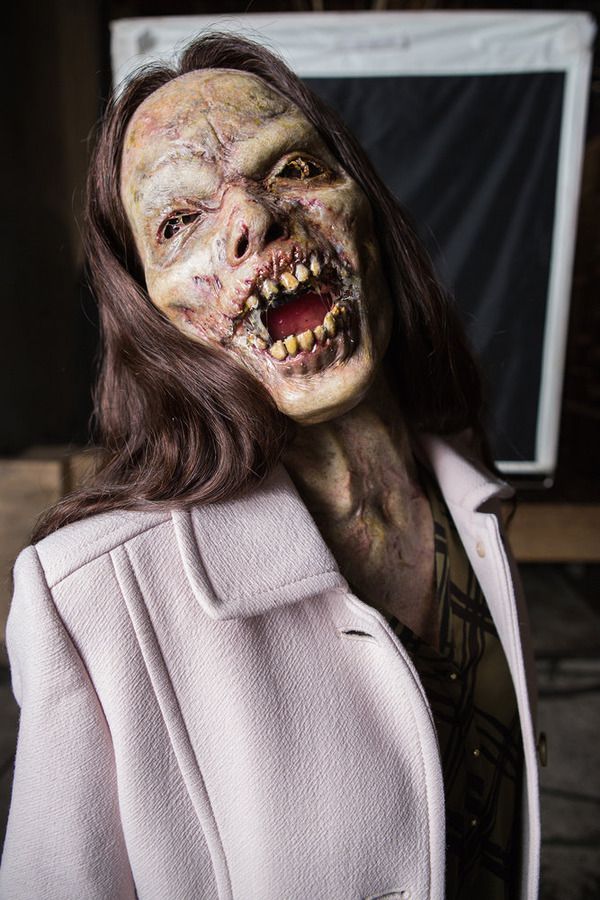 I know I keep saying that the episodes are amazing, but yet again, the writers, cast and crew have done an excellent job. This episode was a wild one! 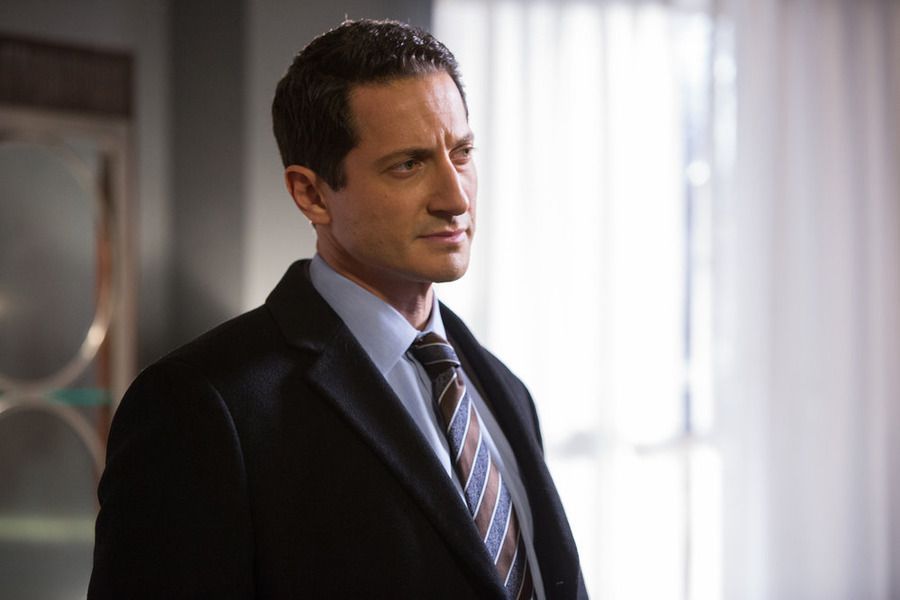 Hooray – sort of? – Viktor and Adalind have finally made it to Portland. Renard makes the first move and lets them know that he knows they’ve arrived and why they’ve come, but despite Viktor’s ‘happy family’ BS overture, Sean doesn’t make any commitments. He does, however, send someone to search for Kelly and Diana… which was what Viktor told him to do. The question is – will he use the information for himself, or will he give it to his cousin? Captain Secretive is back at it. At least he warned Nick and Hank – and when Nick told Juliette… well, she was really unhappy. A Juliette vs. Adalind matchup is brewing, and Adalind has no idea what she’s in for… Nick was able to email Kelly to give her a heads up, so she’ll be on her guard even more than usual. It was a shame he couldn’t save that photo of Diana to show Renard, though. 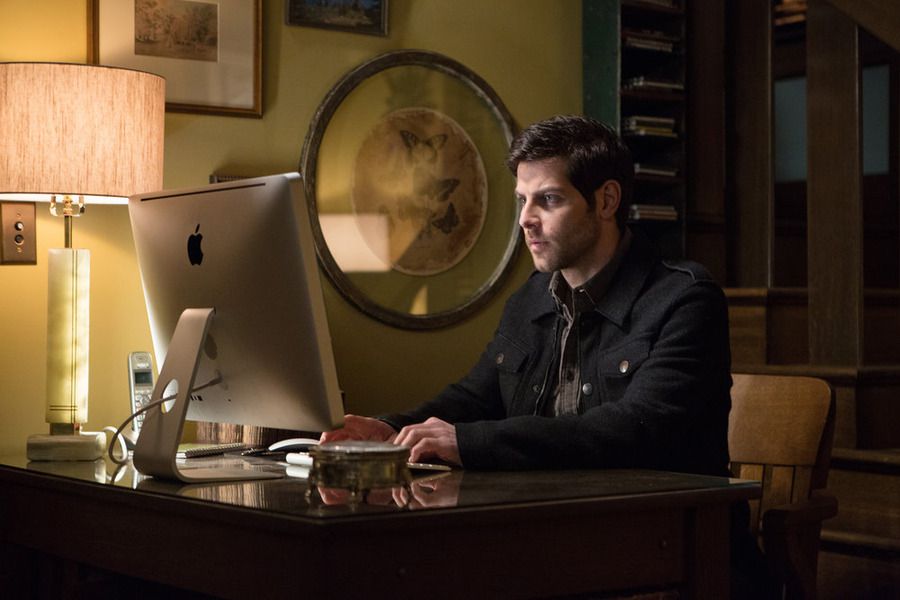 Speaking of Juliette, I love her interactions with Henrietta (Garcelle Beauvais). The fact that the potion to determine her powers put a hole through Henrietta’s house, so far into the ground that there’s no telling where – or if – it stops, was really impressive. That Henrietta was shocked by it made it even more so, although Juliette isn’t happy that she’s stuck as a Hexenbiest. Here’s hoping Juliette decides she must learn from Henrietta, because she definitely needs to learn better control. 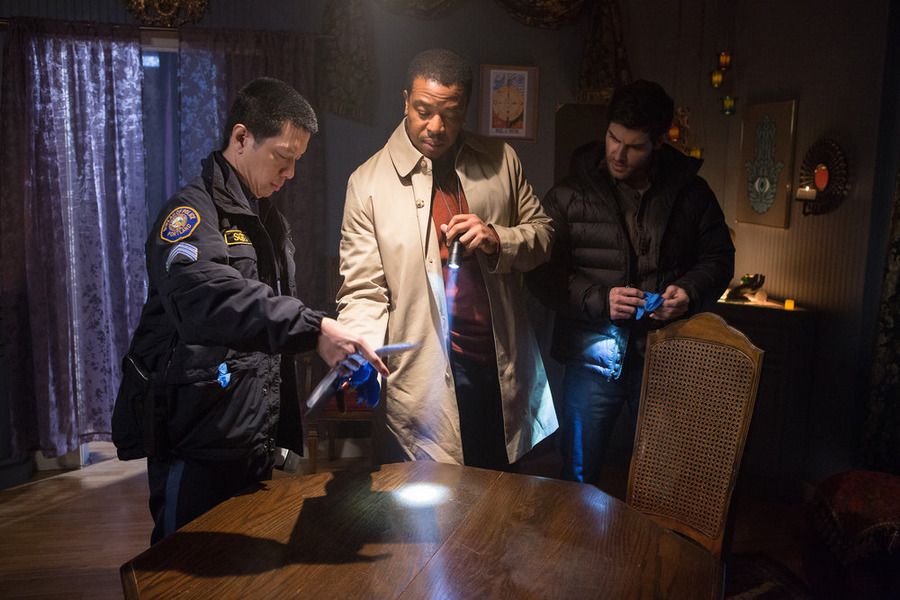 Yay for Rosalee and Monroe being back from their honeymoon! It was nice to know that they got to relax and have a good time, especially after what they’d been through. I’m sure there will be some residuals coming up at some point, because you can’t have such a huge trauma happen and not have it stay with you. But I’m sure that these two will support each other and get through it when it comes up. It was a shame that they were warned away from the bounty hunter deaths and told not to help Nick, but I think it was done to protect them rather than as a threat. The Wesen Council people that we see didn’t agree with the bounty on Nick, so I think those are actually on their side – even if they’re only the ones who send the orders rather than make them. 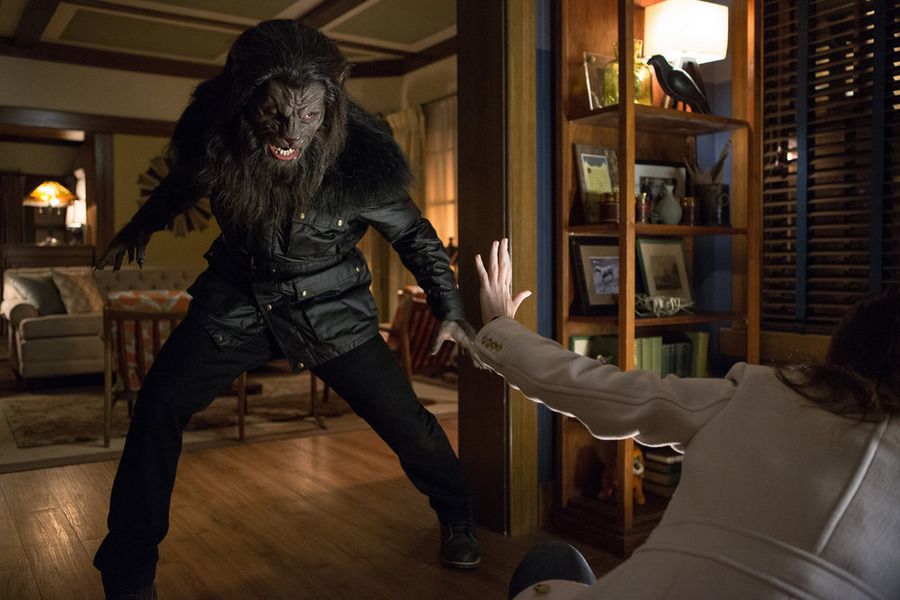 The Wesen of the week plot was a fun one, and I loved seeing Arnold Vosloo as the Manticore bounty hunter. Considering his range of emotions – acting totally innocent in the squad room while fighting not to woge in front of a Grimm (so it CAN be done, if the Wesen is aware and is strong), crying in his cell to lure the guard, acting menacing in a number of scenes – he really showed his acting chops. The best part, of course, was Juliette woging and kicking his butt!! Since she’s currently a very secret weapon, neither he nor anyone else was prepared for her. This also showed again just how strong she is, while still untrained. It makes you wonder just how much she’s capable of… It was a shame that she came so close to telling Nick and didn’t do it, though. She wanted to when he they talked on the phone, but when he got home – despite having just killed the guy who was supposed to kill Nick – she lost her nerve. She needs to tell him immediately, but it doesn’t look like that’s going to happen. It’s probably going to be ugly when he finds out… 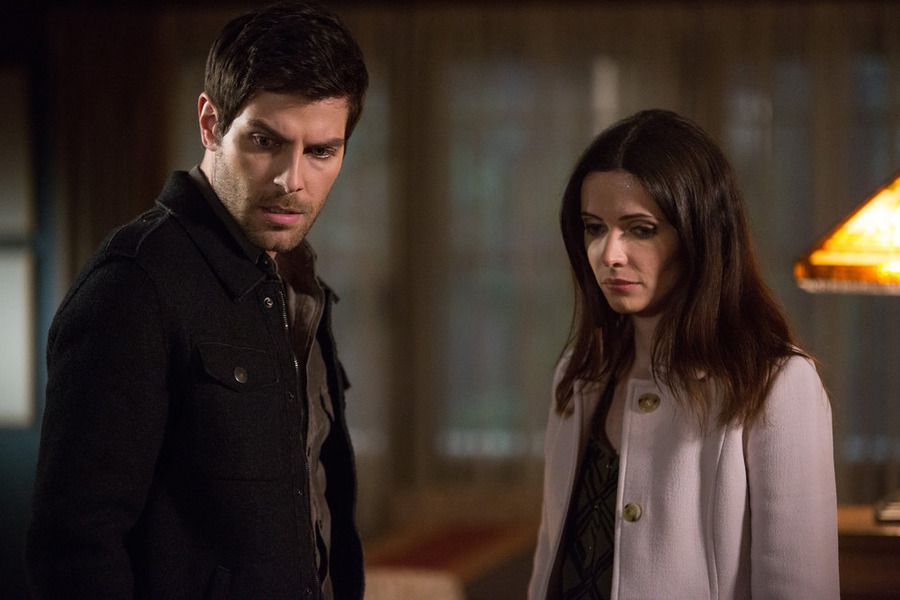 One final smile – if you weren’t aware, the dog that Juliette was treating in the scene at her vet office is actually Bitsie’s dog, Henry! See you back here next week!