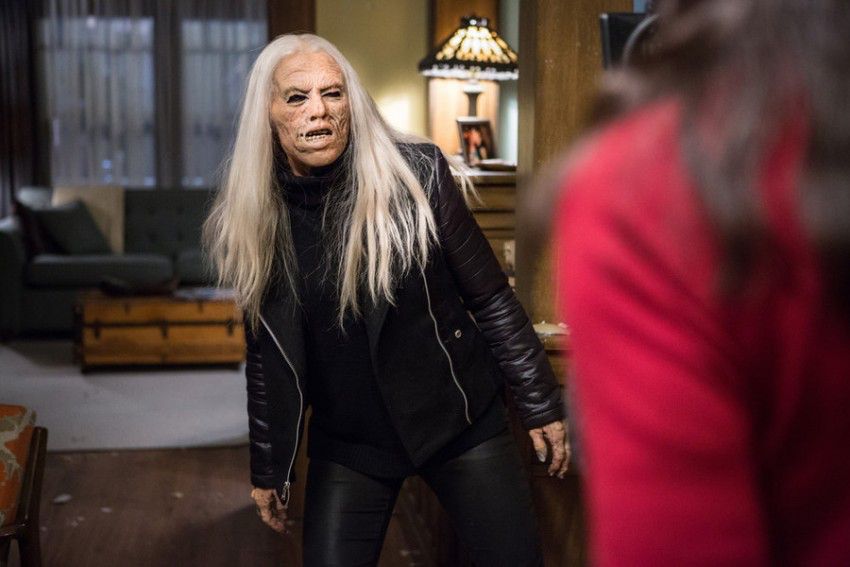 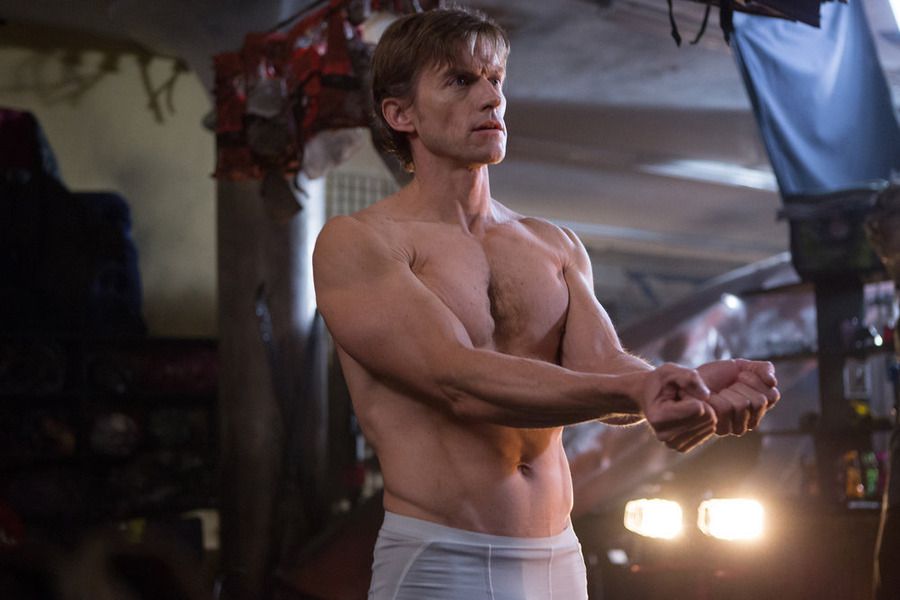 The Wesen of the week plot was more intricate than usual, which I liked. The writers picked a good character to have come back to the show – former officer Peter Orson, a Bauerschwein who was put in jail by Nick after shooting one of Monroe’s Blutbad friends, Hap. Orson was retailiating because Monroe’s former flame, Angelina, killed his brothers. Orson isn’t thrilled to see Hank and Nick, but once he finds out that they want his help with an arson case that he was never able to solve, he’s in. His reaction to meeting with the Captain and the others: “Things really have changed around here,” was pretty funny, albeit very accurate. It was fun to see Nick and Wu go to the trailer to do Wesen research while Hank went through files with Orson at the station – Wu is really into it now! 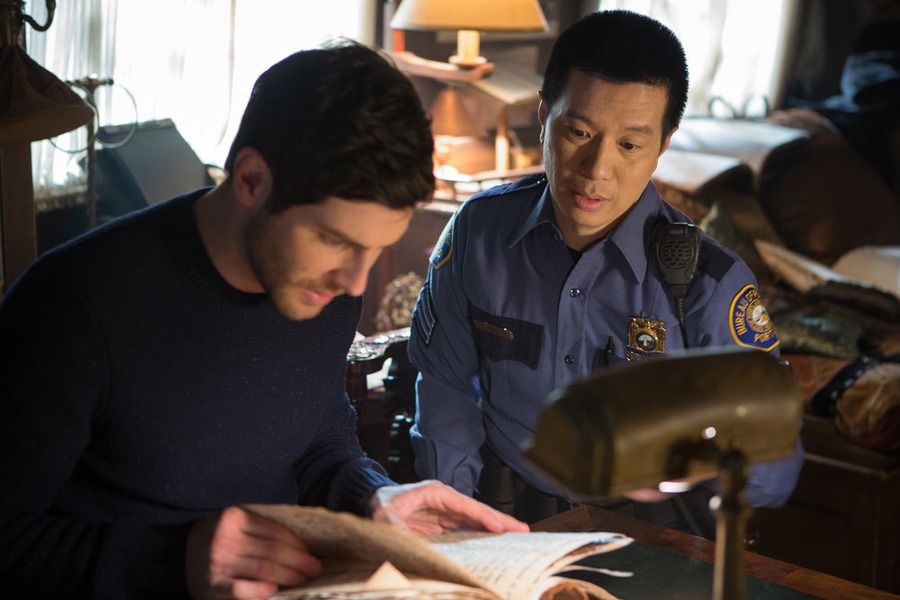 The group ends up at the spice shop with Rosalee starting to help them create a concoction that might help against the Excandesco’s flames – but then Monroe returns and loses it when he sees Orson. Orson isn’t happy to see him, either, of course. What I loved about this whole scene was that Nick was ready to give in to Monroe and leave, despite needing Rosalee’s help, but Rosalee said no. 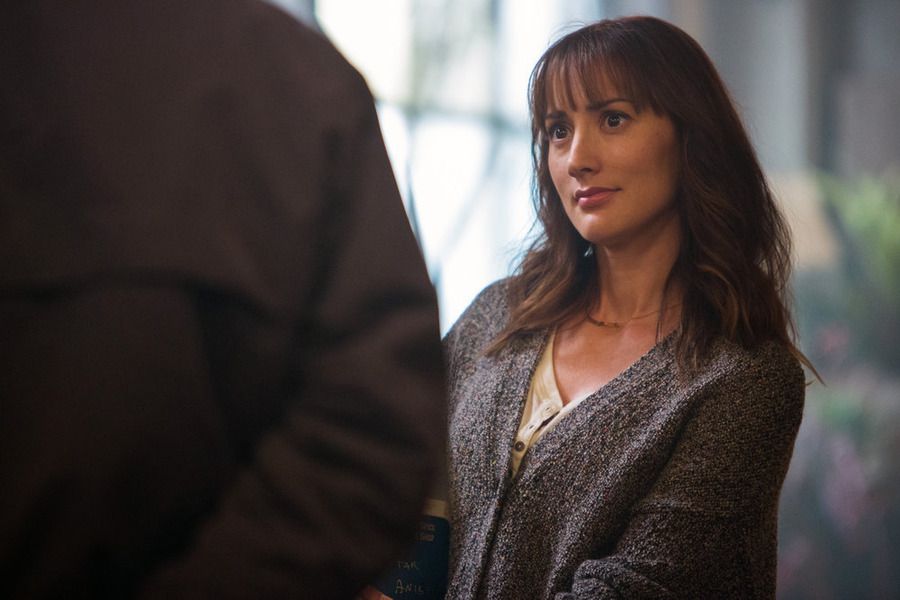 She told Monroe off and stood by her position even when he decided to leave, showing just how strong she’s become and the fact that she isn’t going to just give in to her husband when he’s in the wrong. Bree Turner was wonderful in these scenes. Monroe returned to help, and their conversation about how much of an idiot he is really showed a lot about their relationship and why it works. 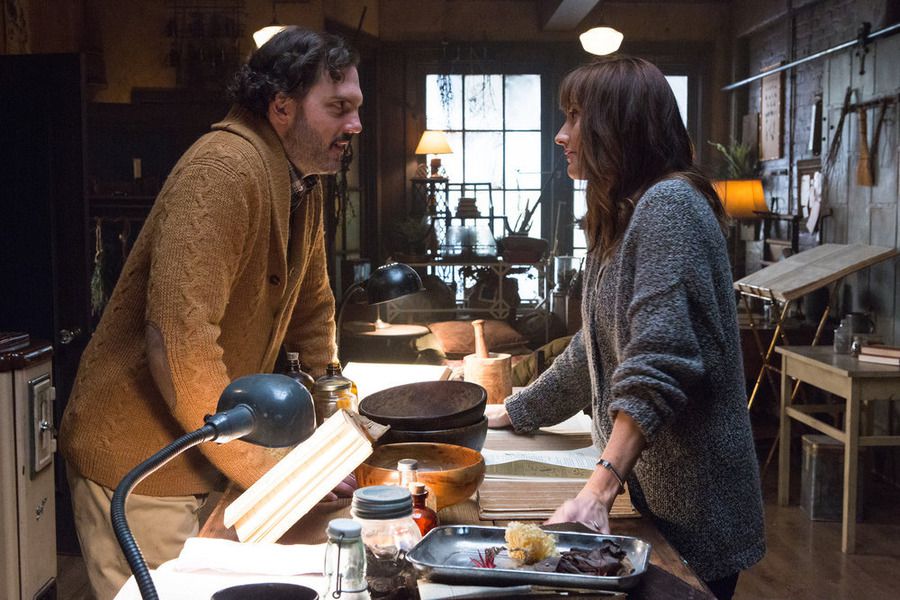 I also loved that after the potion resulted in the Excandesco blowing up, Nick, Hank and Wu had to discuss how he died, since spontaneous combustion really wouldn’t work – but hey, a bomb works!

So the guy who’s looking for Kelly and Diana for Renard is reporting the same information to Viktor and Adalind. I wonder if he will actually find them – and whether or not Renard will find out his informant is playing for both teams before or after that happens. It’s going to get ugly regardless. 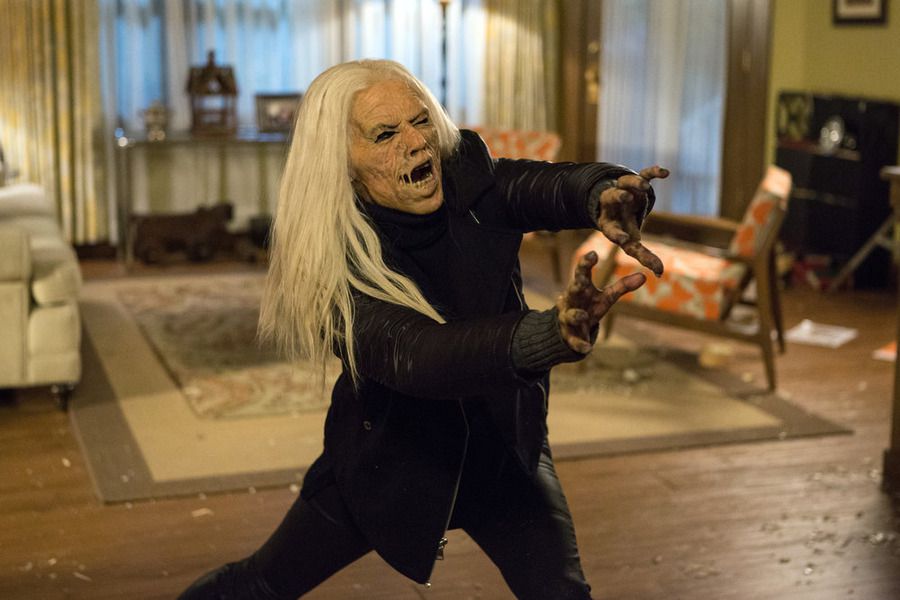 And then there was the BIESTFIGHT! Adalind had no idea about what has changed since she left – that Nick has his powers back and Juliette is a Hexenbiest, too. The look on her face when Juliette woged was AWESOME. The fight itself was great, really well choreographed (note: it was done by stuntpeople because Claire Coffee is pregnant), and the end – “Is that all you’ve got?” as Adalind woges back to herself and is clearly worse for the wear as she runs out of the house and then screams in her car. Juliette 1, Adalind 0. 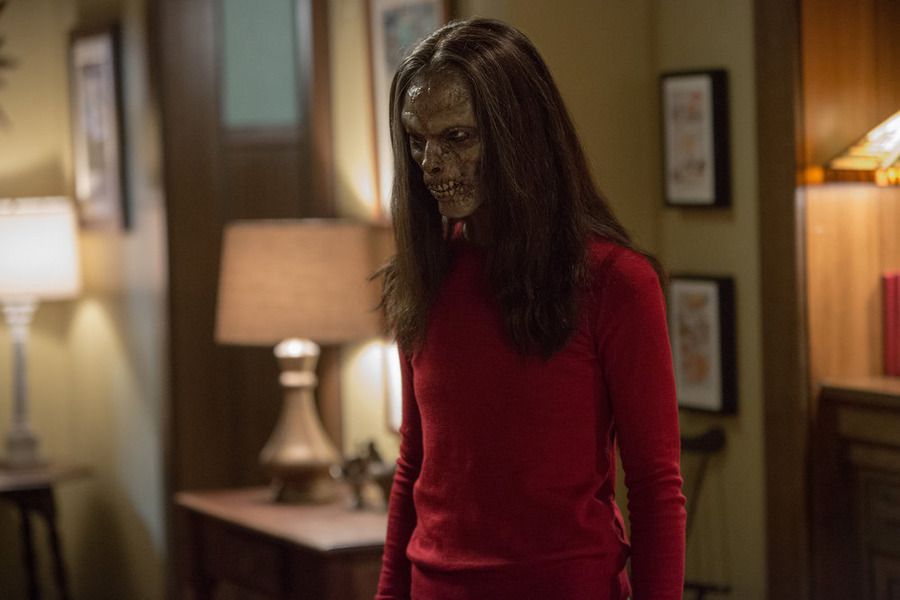 Of course, since they’d pretty much destroyed the first floor of the house, there was no way for Juliette to clean up the mess… or maybe she finally realizes she can’t – and shouldn’t – hide it anymore. So when Nick gets home, she finally shows him that she’s a Hexenbiest. And there’s our cliffhanger for the spring season break – OF COURSE. Ahh, Grimm writers, our love/hate relationship continues. The next episode is March 20th – see you then!