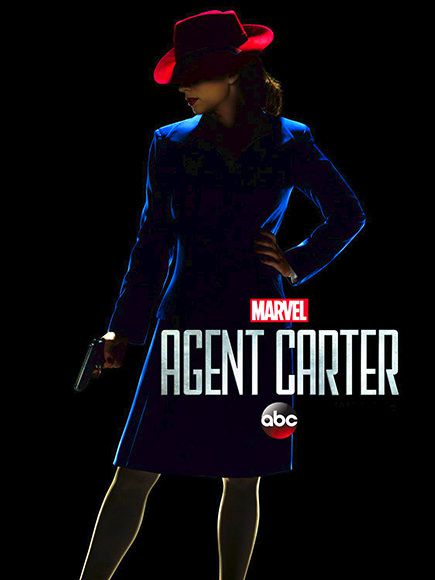 Let me first say I’m sorry to anyone who watched the last episode of Agent Carter based on my recommendation. If you watched the trailer for episode 6, you’ve seen 95% of what it had to offer. For those that have not seen it, you only missed a predictable 40+ minutes of cat and mouse that, from a creative story-telling perspective, wasn’t just dull, but ultimately uncharacteristic.

If you stood on a ledge to hide from people looking to catch you, would you walk into the hallway you pursuers just left through as your getaway? 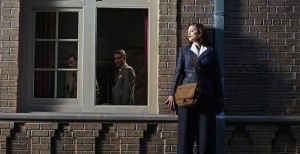 Why am I still writing reviews for a show that I wouldn’t want to watch? It’s because I have F.O.M.O. – Fear Of Missing Out. Marvel and ABC are adding cannon to the Marvel Universe and if you’re going to understand the story, you need to see the story, right? While all the Comic Book Fan(people) out there may know all the history and “future” of this universe, watching what they’re putting out on TV and film is the cohesive story they’re building, and that’s the story I’m following.

But why so boring? Maybe it does. The creators are treating this show like it’s the origin of secrets, lies, espionage, and black markets. They’re treating this like it’s the first time anyone ever stood out on a ledge to hide from people. They’re treating this like it’s the first time anyone infiltrated a counter-intelligence agency and that’s their excuse for making everyone on that show so oblivious – BECAUSE THIS ISN’T THE FIRST TIME FOR ANY OF IT! So I don’t understand why the S.S.R. and Jarvis and Peggy are so clueless sometimes. It didn’t dawn on me that the doctor they rescued from Russia, Dr. Ivchenko, might be a spy until this episode began, but when that came to fruition, I wasn’t excited because why wouldn’t he be working for Leviathan. Why didn’t any of the characters suspect that? Maybe their amateurism is what leads Peggy to create such and diligent organization like S.H.I.E.L.D. Maybe the goal of the show is to make traditional government agencies look like inept idiots, thus creating a need for a private defense organization to protect America.

I find myself desperately seeking a purpose for Agent Carter and I’ve come up with only this – Marvel could have chosen not to show us anything to keep them on our minds while we wait for Agents of S.H.I.E.L.D. to come back. I don’t think grateful is the right word for it, but thanks, I guess… It’s just so obvious that they did not put a lot of time or money into Agent Carter. This series comes across more as something that got approved because they had the momentum and the money to do it, along with a small time frame to get it done – big machines churning out product, fast. If they had spent a bit more time developing the story and the characters, this could be so much more. As it stands, I doubt Agent Carter “should” see another season, BUT I honestly hope that there’s enough interest from the fans and the decision makers to put more resources into a show with a lot of potential. BTW, here’s the trailer for the new Agents of S.H.I.E.L.D. episode coming Tuesday March 3rd.

As far as episode 6 goes, you can skip it. That tidbit about the bad doctor is the only new element they introduced. The trailer sums everything up. You can also get a video recap .