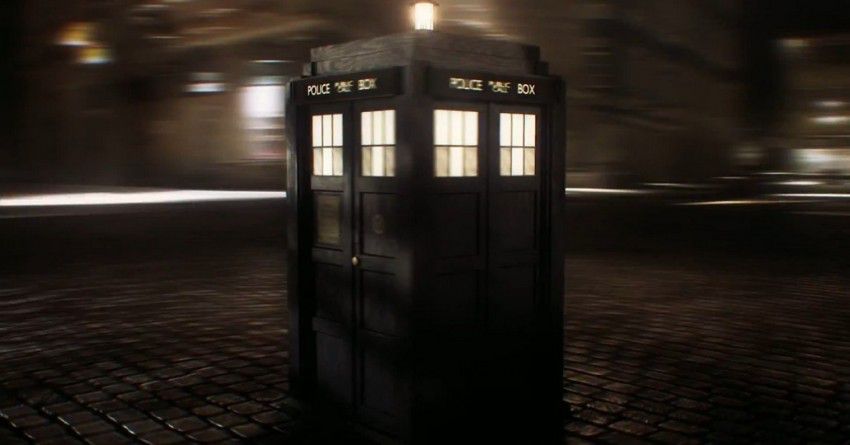 Doctor Who has always had some of the most loyal fans anywhere on, or off, Earth.  With that in mind, it should come as no surprise that the show also has some of the most talented fans in the universe, too.  Those fans get noticed, and not just by other fans.  In fact, the new intro for series 8 is based on an original fan-made intro done by YouTube user billydakiduk, which we featured in the post Fan Made “Doctor Who” Series 8 Intro Is Perfect.

Another superfan we’ve featured several times before, John Smith, has come up with a new take on the TARDIS dematerialization effect.  Smith decided the effect, which has remained predominantly unchanged throughout the show’s 50+ year history, needed an upgrade.  His idea was to show the blue box’s travel from a perspective of the TARDIS herself, and it works splendidly.  Watching one location fade away into the time vortex and then having the time vortex fade into the destination is eye candy of the geekiest order.  And that’s my favorite kind of eye candy.

Considering the new opening sequence by billydakiduk got noticed by Stephen Moffat and a slightly modified version is now the official opening for the show, could John Smith’s excellent travel sequence idea be next?  If there’s any justice in this universe, the answer will be “yes!”

If you want to see more of John Smith’s excellent VFX work in the Doctor Who universe, check out these previous posts highlighting his talents:

Doctor Who Fan Vid “Stone” Has Weeping Angels Chasing YOU

Doctor Who: Have “A Very Dalek Christmas” Thanks To “Wholock” Creator

Here’s more links to related goodies any Whovian will enjoy: