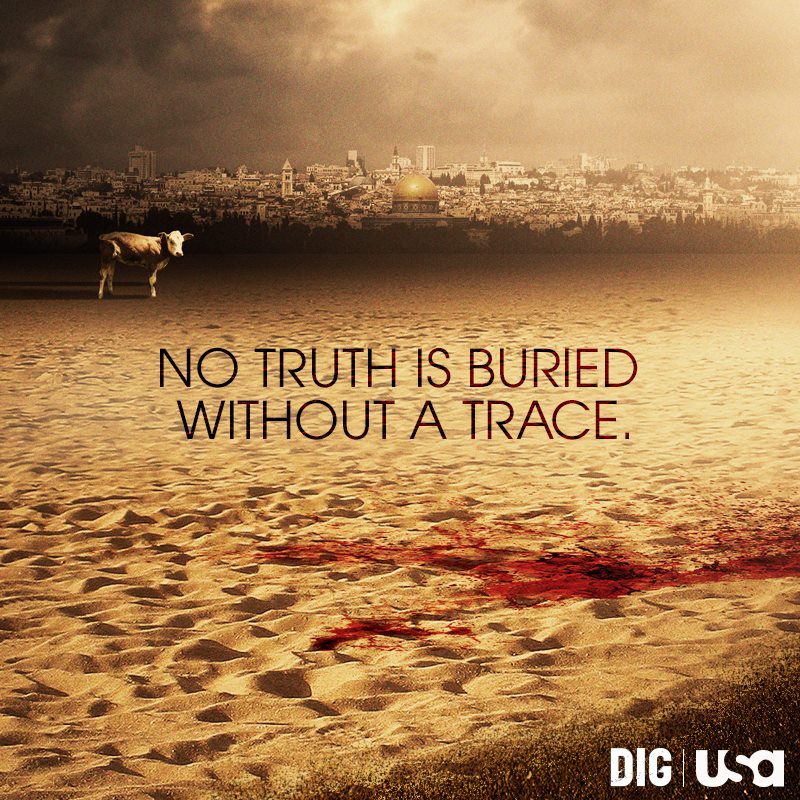 by Donna Cohrs and Erin Conrad

Tell the people of Israel to bring you a red heifer without defect, in which there is no blemish and on which a yoke has never come. -Numbers XIX 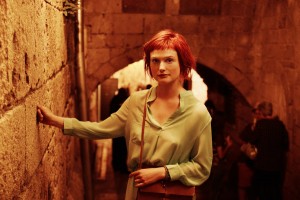 “Every corner of it, every little stone means something, you know?” Emma (Alison Sudol) says to Peter as she leads him into the caves under Jerusalem. And in Dig, that’s completely true. Every action, person, item and site has deeper meaning, which will be revealed little bit by little bit, like looking at a film iceberg, over the show’s 10 episodes. So are you thoroughly confused yet? Or are you intrigued and ready for more? The symbolism-heavy script is supported by an equally symbolic website, games, and even a 12-chapter backstory on Wattpad.

Peter Connelly (Jason Isaacs), an FBI agent stationed in Jerusalem, has several problems – personal and professional. He has a troubled marriage with his wife remaining in the US; he’s sleeping with his boss, Lynn (Anne Heche); he clashes with one of the city’s police detectives; and he was with a woman (Emma) who was murdered shortly after he left her. He doesn’t realize – yet – that he’s stumbled into something bigger than an artifact thief, or even a murder of an interesting young woman. 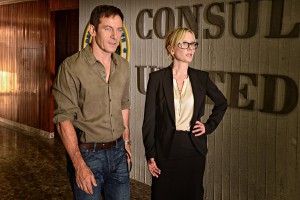 And the Orthodox Jews in Norway, examining a newborn heifer for “defects” – how did they know to be there? The quote above, from Numbers in the Bible, opened the show. The heifer isn’t the only creature that must be without defects – at a compound in New Mexico, the young boy Joshua is killed after he escapes and his feet touch the ground, making him “unclean.” (And the twin? A clone? Definitely spooky. Watch that kid – it gets even spookier in upcoming episodes!) An unknown group is assembling components to fulfill a prophecy of some kind – the red heifer, the child about to make his Bar Mitzvah, ancient Jewish artifacts. 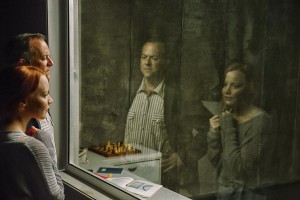 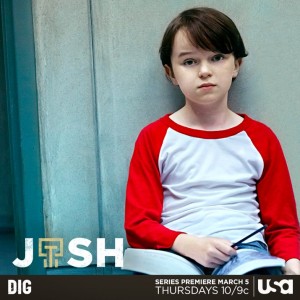 But where do all the players fit in? The American ambassador protects an artifact thief after he’s broken out of custody during a car crash. A non-Jewish clergyman, Rev. Billingham (David Costabile), is Joshua’s teacher and guide, leader of a fanatical congregation. Professor Margrove (Richard E.Grant), in charge of the archaeological dig in Jerusalem that Emma had been working at knows more than he’s saying. The Hasidic Jews in Norway (the round hats are called “shtreimel”) have the responsibility for the heifer. (The chapter of Numbers that the quote above is taken from is filled with the rules for animal sacrifice on a feast day called the Festival of Trumpets – that in itself sounds ominous!). 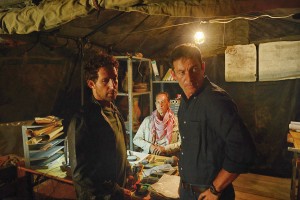 What will this breastplate, the “Urim Ve Thrummim” that is missing 12 jewels, be used for, and why does Det. Golen’s (Ori Pfeiffer) uncle Shimon react so viscerally to it? He tells Det. Golen that is is used to communicate with God – is that what all of these parts are leading up to? If you enjoy puzzles, or Dan Brown’s DaVinci Code, this series looks to fit into those slots.

If you enjoy the live tweeting that some shows do, you may be a little frustrated with Dig. Last night’s premiere had plenty of tweets from the show, but they were definitely pre-programmed, unlike the fun, responsive communication we saw this summer from Dominion or Legends, or this fall from State of Affairs. But Jason Isaacs was on Twitter (@JasonsFolly), and he makes up for it – at one point tweeting, “Just lost the anti-child-murdering crowd…” He’s well worth following. Other Dig Twitter accounts to follow: @DIGonUSA, @TimKring (executive producer), @AnneHeche.

What’s all this prophecy stuff about? Is it really in the Bible? Read this article from Religion News.

Watch Inside the Episode, a weekly look at what’s going on:

Jason Isaacs and Anne Heche appeared on the Today Show the morning of the series’ premiere. They talk about location filming, and whether Jason can keep his shirt on: