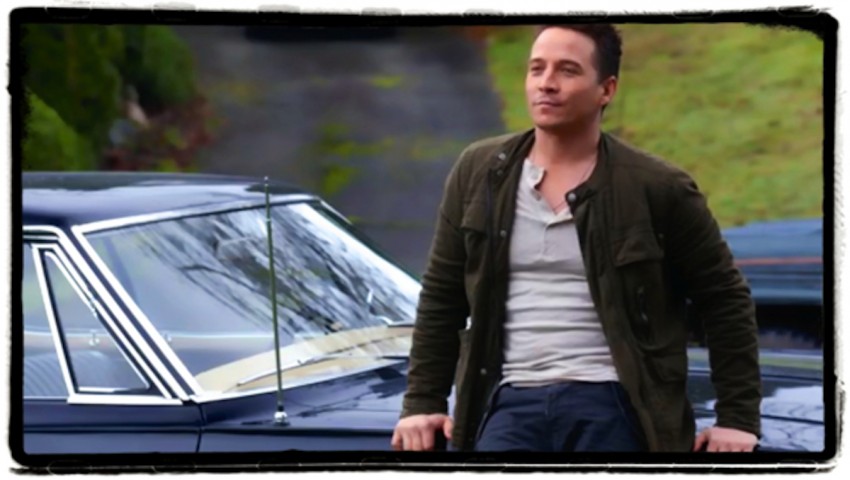 It’s a MOTW episode with the brother’s heading down to North Carolina to suss out the cause of a highly trained soldier’s demise. The Modus operandi being right up the Winchester’s alley.

They arrive in town only to be told that the murder was an open and closed case of PTSD of one soldier killing another. Dean and Sam are not dissuaded and after a brief interview with the widow of the killer they learn that he had exhibited the bizarre behavior of being insatiably thirsty.

As Sam and Dean head back to their car they meet Cole. Cole who had a beef with Dean for killing his father is now issuing warnings regarding his army buddy who he is certain is not a monster.

This episode delivered shades of the past with a monster that behaved similarly to the Khan Worm from Then There Were None, Season Six. The creepy slug with teeth that imbedded itself into it’s host and took over. This time around the worm was different. It wanted blood not brains. This also begs the question, are there more variants of the Khan Worm out there? 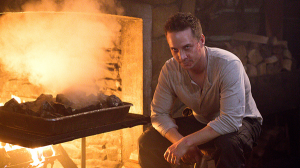 This is one of my least favorite monsters, if one has to like a monster, but I have to admit I am disappointed in the writer’s laziness regarding story line. Dean and Sam are hunters. They know how to lay a demon trap, they know the drill and yet after Cole gets infected and electrocution fails to drive the worm out it is determined that the liquid is key to the creature’s survival. The decision to sweat it out made perfect sense. The writer’s having Dean treat Cole like some sort of seasoned professional just did not ring true with our heroes and their consistent and fairly cautious approach to dealing with any demon or monster.   Why wasn’t Cole tied up as he sweated it out?  Check minus my friends, check minus.

Fanatics are the most critical creatures out there, so step up your game ye who pen the shows we love to watch. We will catch such deviations of character, story and place in a flash.

There was a bit of sinister foreshadowing between Sam and Dean. Dean, never one to beat around the bush, comes back at Sammy with the statement that sometimes you cannot save people no matter what you do. And it was as if Sam had an epiphany about possibly losing his brother.

Insert fanatic heart attack here along with the desperate plea of “OMG, OMG please, please, please let Dean live.” This is not Game of Thrones quit killing all the characters we love!! You took Bobby you can’t take Dean. Rant over.

Building tension in a show known for it’s smart aleck comments and off beat humor is difficult on a good day but you can feel that the writers have a lack of interest in the intensity of the story that is the Mark of Cain. It is serious business and as a loyal viewer much of the build up is falling flat. Not certain if this means peddling away from the Mark for a season or ripping the band aid off so the writers can focus on crafting the story lines that inspire them and bring the viewer back time and again.   Once again I say step it up, cross those lines, do your homework and deliver the Assbutt moments we all love, or as Bobby might say, “Don’t be idgits!”