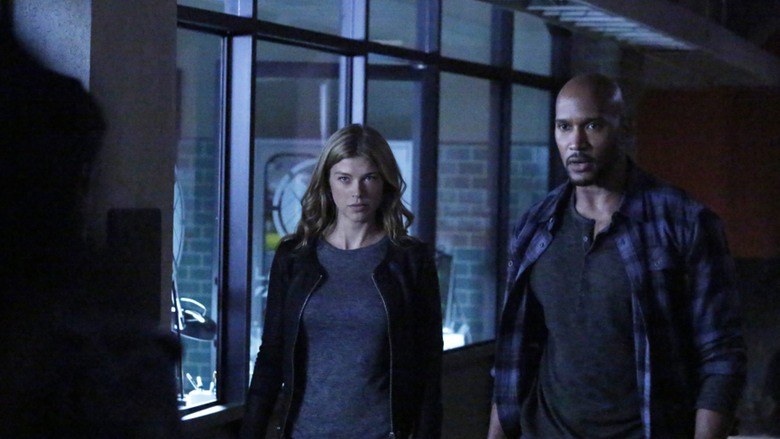 Have you ever wondered how film makers (and musicians like Eminem) find those black and white films and audio clips that fit perfectly with the message they’re trying to deliver? I wonder if it’s because they enjoyed those specific cinematic moments and have been driven to share them in a meaningful way at some point in their careers. I mention this because the opening scene with new villain Karla Faye Gideon shares such a clip. I could be reaching, but if there was a message there, it’s either a spiritual one or the reiteration of the heroic gestures brave people share with the ones they love. What do you think? 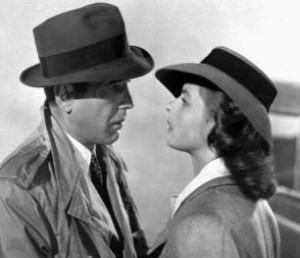 This is the first episode I’ve given an official ranking to and I’m giving this one five out of five stars. That’s a pretty high bar, especially when I feel that a better episode will come one day, but this one deserves to be ranked amongst the best. I’m not likely going to re-watch every episode to really compare, but this show delivered in several ways.

For starters, props goes to the writing team. This show had comedy, subtext, innuendoes, and more. When Skye’s father, Calvin Zabo, delivers the ultimate door-to-door salesman pitch just to come back and call Phil Coulson a “door-to-door salesman of a man,” I couldn’t help but laugh. His delivery was perfect. Skye’s conversations with Dr. Garner (played exquisitely by Blair Underwood) were LOADED! There were so many layers and you could feel all of them – Skye just wanting to learn more about her mentor May, but Garner treating it like she’s deflecting, which makes Skye really want to deflect, which leads Garner to open up, plus we finally get a taste of some of the history behind these characters. We don’t typically see into how these characters truly developed except superficially at times, but this episode delivered in a way previous episodes have not. In any case, that first “therapy session” may be the best written scene in the series. 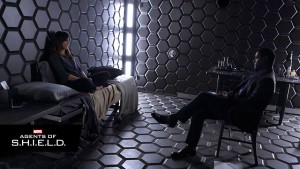 Dr. Garner and Skye open up to each other

As I watched the episode, I paid carful attention to their mention of the Gifted Index. Why? Because I’m writing a story about gifted characters and I wondered if their definition was similar to mine. As the show progressed, I didn’t think much of those they categorized as gifted. Most of the “gifted” were more crazy or obsessed – not the recipients of something unique and special, just people driven nearly mad enough to augment themselves in extreme ways. So when they redefined ‘gifted’ toward the end of the show, I had to give them credit. Smart writing yet again. In any case, Angar the Screamer’s ability was cool as guano. 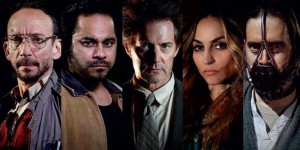 Now, before I get too carried away and nominate the show for all sorts of awards, the writers, as if intentionally, reminded us that this is all based on comics; and by that, I mean they threw in some seriously unrealistic scenarios that just make no sense at all. How could the equivalent to a modern day Hannibal Lecter looking psychopath drink a milkshake in a diner and not raise a single eyebrow? And two… Coulson twirls batons? I’m pretty sure that if they meant some sort of fighting stick, they wouldn’t have used the word baton. So instead, they want us to think that the leader of S.H.I.E.L.D. is or was some kind of cheerleader. If that’s the case, I’m thoroughly disappointed that Marvel is taking a page out of the Heroes show. The final stretch, and maybe I’m just out of touch, but are high school athletes that obsessed with their phones that they have to bring them to practice? A football field is the last place an athlete should have a cell phone. Just silly.

Now for my favorite part – where does all this lead? The show ends with Mack escorting Hunter to “The Real Shield” and Calvin Zabo getting sent to the Inhuman principle’s office. The trailer also shows Coulson looking pretty banged up with Ward coming back into the fold. It seems like “The Real Shield” has it out for Coulson, so I’m guessing he’s going to get worked in the next episode and that’s why he’s going to end up bruised. But we know Coulson won’t back down unless Nick Fury intervenes – which may be something they’re building toward. The only way some other organization would run around claiming to be a part of S.H.I.E.L.D. would be if Fury established it, otherwise, they’d be shot down, literally. It’d be nice to see how things turn out for Zabo, but he nor the eyeless Inhuman are on the cast list for the next episode, so please resume breathing if you were holding your breath.

Great writing, good action, and enough plot lines to keep me drooling for more. I can’t ask for more than that.