With Cole dying from the effects of time-travel, Railly must find the one person who can save him.

What is a paradox? A statement or proposition that seems self-contradictory or absurd but in reality expresses a possible truth. For example, one must be cruel to be kind. Yes that pretty much describes the series as whole. Deliciously paradoxical.

In previous episodes specific paradox creating events were shown, Cassandra Railly’s watch, one from her time and one from the future when brought together they “broke time”. Secondly Pallid Man’s amulet from 2015 and his amulet that was given to Ramse in 2043, were placed in the pool garden bowl causing a large explosion that turned the trees and plants red. Everything’s changing.

Both of those examples seemed to cause destruction and hope in some way, even if it wasn’t for a good guy. What about in this episode so named? 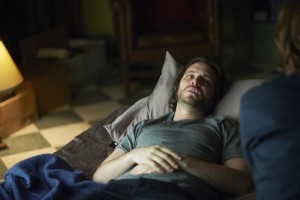 The featured timelines had color schemes that were the opposite of actual events. Where the colors were bleak and gray the most hope was found. Where the colors were darkly rich, actions seemed absolutely futile. This contrast along with staying mostly in one timeline while popping into the other for short insights, helps move the storyline along beautifully and uncomfortably.

Internal character conflict definitely has a hand in shaping the episode in meaningful ways.

Most notably, the Dr. Jones we meet in 2015, she is living in a duality of personal conscience and professional desire. Then she is faced with making difficult decisions and trusting Cassie in the process. She is faced with a peek into the future she not yet knows. Getting to know the younger her, is a gift for the viewer. There is an element of humanity and kindness to her that the future Jones reasonably lacks. Also, the clever way we get to meet Dr. Jones ties up a loose thread from an unresolved action by Cassie in 2017.

Next, Aaron Marker, though a supporting character, is absolutely pivotal in a very serious outcome. His desperation and need to protect Cassie plays so well and believable, his actions are nearly defensible. Nearly. 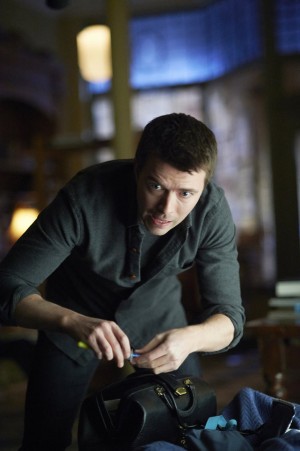 With timeline, fate, and science battling it out, two key phrases keep coming to mind. One, Jones saying to Cole, “Time. It’s going to take what it’s owed” because the splintering is killing him. Two, in reference to the watch paradox event, Jones says to Cassie, “Mother Nature does not like it if you rearrange the furniture”. Those phrases sound perilously prophetic that time is fixed, events are happening because they have always happened. Yet the second phrase is filled with hope and fight. Mother Nature may not like her furniture being rearranged and very well may put up a fight, but the ability to cause change is there.

What about Cole? He is ever present in the episode, however, it is more about the actions of others for or toward him that matter most.

What about THE PARADOX the episode is named for? The tag line? Cassie must find help for the dying Cole. She finds it, not just in the younger pre-plague Dr. Jones, but in a deeply personal and profound way. Dr. Jones is ultimately not the one she was needing to find. Together, they do manage to create the paradox that had to destroy in order to heal. A job very well done. 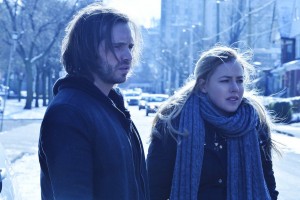 This episode did what it set out to do, emotionally satisfying, necessary loose ends are tied up, hope is offered for the taking before it is seemingly stripped away again.

On a final note, I look forward to seeing how each character, all being singularly motivated by a person in their life toward action or inaction, attempt to bring their goal into fruition.

The season finale will no doubt be very exciting.