DIG: Review of Ep 6: The Well of Souls

By Erin Conrad and Donna Cohrs

DIG was very exciting this week! We may have some answers soon as to what will happen with Armeggedon. I just wonder if Golan and Peter are willing to go the distance to stop it. I have a few “lessons” in this week’s post, things that I should have known, but had to look up – and maybe you would have had to also, but we’ve saved you the trouble. There is so much interesting history in Jerusalem, I thought I would add them.

After last week’s episode, we find the suspect Yussef, is dead. As Golan shows up at the scene, he finds a digital time card fob. Is it Yussef’s and will Golan be able to follow it to solve more of the puzzle? 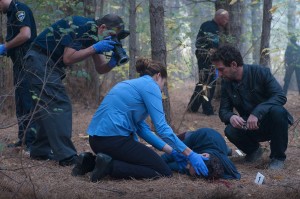 With Yussef dead, Lynn sees no reason that Peter should continue working on that case and insists that he needs to concentrate on the Secretary of State’s visit and let the local police handle Emma’s murder case—or else he’s out. How much of this is her, and how much is the Ambassador’s insistence that she get him under control, and the indirect threat to her own job? While she is trying to get his head in the right place for his job, she also knows how obsessive he can be. Peter has an office tech looking into the symbol that he found at Emma’s dig site and she tells him of a match with the symbol and a missing persons case of a young American named Gregory. Will it lead to more of the puzzle? 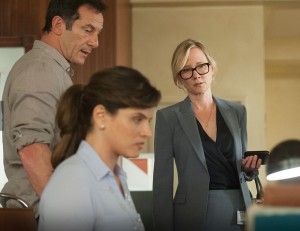 Gregory was found a few days after having had a psychotic episode and is now in a psychiatric institute. Peter goes there to see him, but he’s been heavily sedated. Peter sees that the symbol is rendered in raised scars on Gregory’s chest and his notebook is filled with similar drawings. The doctor tells Peter that there’s a young woman who visits regularly who might be able to help as he seems to be suffering form Jerusalem Syndrome. Jerusalem syndrome is a real mental illness sparked by a heightened sense of religious excitement some tourists experience in the Holy Land. Sufferers say they hear voices, claim to be the Messiah or self-inflict crucifixion-style nail marks on their hands and feet. Gregory scratches the word “Jehoshaphat” in the dust on the window sill – what could this mean? In Hebrew,  Jehoshaphat means “Yahweh judges.” The Valley of Jehoshaphat is the place Yahweh — the unpronounceable Hebrew word for God — will gather the people and “sit to judge all the nations on every side.” As if that weren’t scary enough, the Valley of Jehoshaphat is sometimes called the “valley of destruction.”

Peter takes off to go and find more answers about Gregory and the symbol. Peter finds Nadia, Gregory’s girlfriend. She and Gregory met at Café Sergei. Nadia tells Peter that Gregory’s father had died when he was three, so on his 21st birthday, his adoption file was unsealed and he received a letter and package from his father. After that, Gregory became depressed and somehow changed . Being paranoid that a group called the Order of Moriah were out to kill him, he disappeared. Who is this Order of Moriah? I have looked into this a little and this is what I found.

Jerusalem’s importance as a site chosen by God for His special purposes dates from the call of God to Abraham to offer his son Isaac as a sacrifice on Mount Moriah, in the city of Jebuser these things God tested Abraham, and said to him, “Abraham!” And he said, “Here am I.” He said, “Take your son, your only son Isaac, whom you love, and go to the land of Moriah, and offer him there as a burnt offering upon one of the mountains of which I shall tell you.”
There is some archaeological evidence to suppose that the place of the crucifixion of Jesus was at the summit of Mt. Moriah, probably near the present-day Damascus Gate and the Garden Tomb which would of course be a literal fulfillment of Abraham’s offering of Isaac when God said, “On the mount of the Lord it [the final offering for sin] will be provided.”

A big clue is that Mount Moriah is where the Bible says Solomon built the Jewish Temple — the one the bad guys want to rebuild. Today, Mount Moriah is better known as the Temple Mount, and it is topped not by a Jewish temple, but by the Al Aqsa Mosque and the Dome of the Rock, two of Islam’s most sacred sites. It is the most fought over piece of land in the world. Mount Moriah is the site of the “Foundation Stone,” the rock where Abraham tied his son Isaac in the biblical story of the binding of Isaac. Muslims believe the same stone is the one from which the Prophet Muhammad ascended to heaven.

Nadia gives Peter a key that she hid for Gregory – to what, she doesn’t know, but Peter will find out! He puts the office tech to work it up for a match. 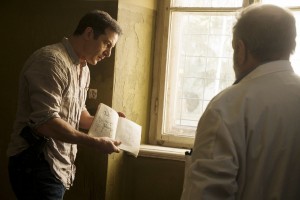 The digital key fob leads Golan to the barman at  the cafe Emma frequented. He searches his apartment and finds a wall of pictures of Emma in the closet. He phones Peter and lets him know that he may have found Emma’s killer. But it can’t be that simple, can it? Of course not! As they stare at the collage of pictures of Emma, Peter says something doesn’t look right – Golan tells him, “Well, looks can be deceiving – you sometimes pass for a cop.” Golan and Peter argue about how to question him – is it a simple case of murder, or is the barman involved in the conspiracy? Peter wants Golan to ask about the symbol he keeps seeing, going so far as to pretend to be Golan’s son’s teacher on the phone to get him out of the interrogation room. But it doesn’t help – and the confrontation leads to Lynn ordering Peter to leave the country and go back to the US. Poor Lynn! She’s had a hard couple of days, with her job threatened, the attack and her breakup with Peter! 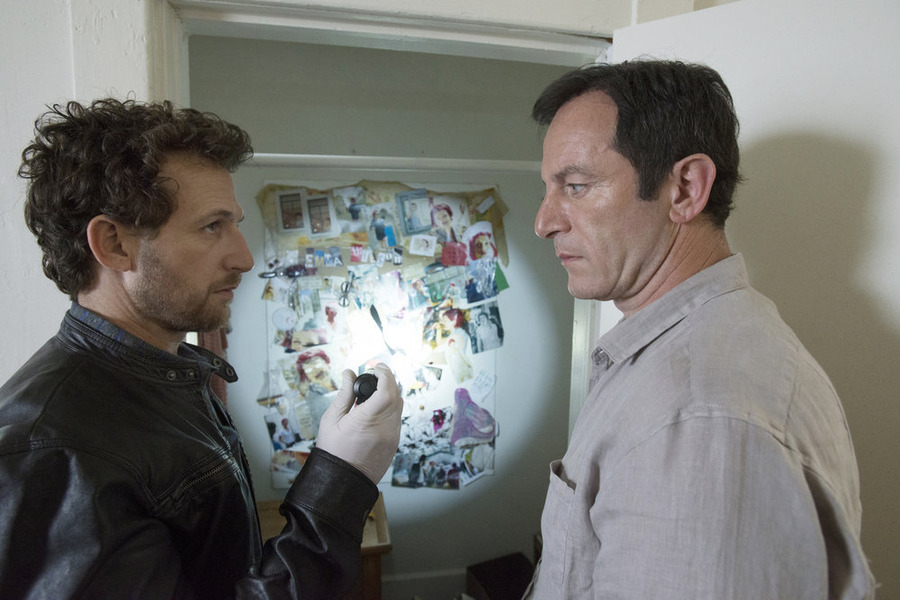 As Peter is leaving, he gives Golan the key from Nadia, and tells Golan that in a few months, when his suspect has been killed in his cell, he may want to revisit what this key is and what it unlocks.

In New Mexico, Debbie and her old boyfriend Charlie are on the run from the compound, with Josh #2. Charlie says they should drive to Albuquerque where they can talk to the FBI, but nothing is ever that easy – Billingham and his pocket cops show up and grab Charlie, while Debbie pushes Josh into the police car and they take off. Has she been able to convince Josh, in such a short time, that Billingham is using him for his own purposes? That what he’s learned in his 13 years is nowhere near the truth? But Billingham finds her, and over the phone, threatens to kill Charlie if they don’t return Josh immediately. 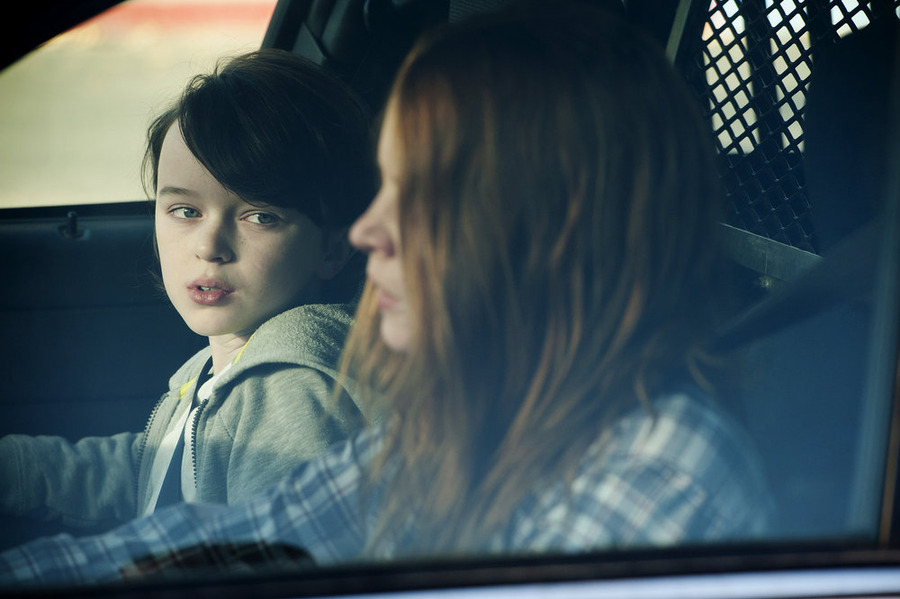 And Avram and Red are traveling with the Essene, not realizing that they shouldn’t be, presumably to Jerusalem. They stop for the Shabbat night in an abandoned house, where Avram must be “cleansed” for his sins. The Essene speaks prayers that are older than the Torah, and finally begins to understand that something is wrong. He calls Rabbi Lev, who tells him to kill the man – how much chance do you think little Avram has against this trained killer? Exactly none. And after the Essene turns the tables and scares Avram half to death, he discovers that the killer has gone – and taken Red with him.

We’re getting closer now – Margrove takes the Ambassador into the Well of Souls, a cave under the Dome of the Rock, where he says nobody has been for 2,500 years. What is the Ambassador’s role in Armageddon? Is she trying to start a war that she believes will push the US into direct conflict in the middle east? Or does she have personal reasons for her involvement?

Oh – and why is a terrified, supposedly dead EMMA WILSON IN PETER’S CLOSET???

What other secrets is the Order of Moriah hiding? Tell us your theory. 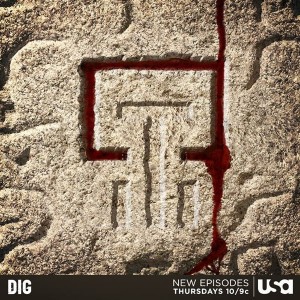 Inside The Episode: Emma Wilson’s Father