This episode, while solid, lacked the punch of recent episodes. 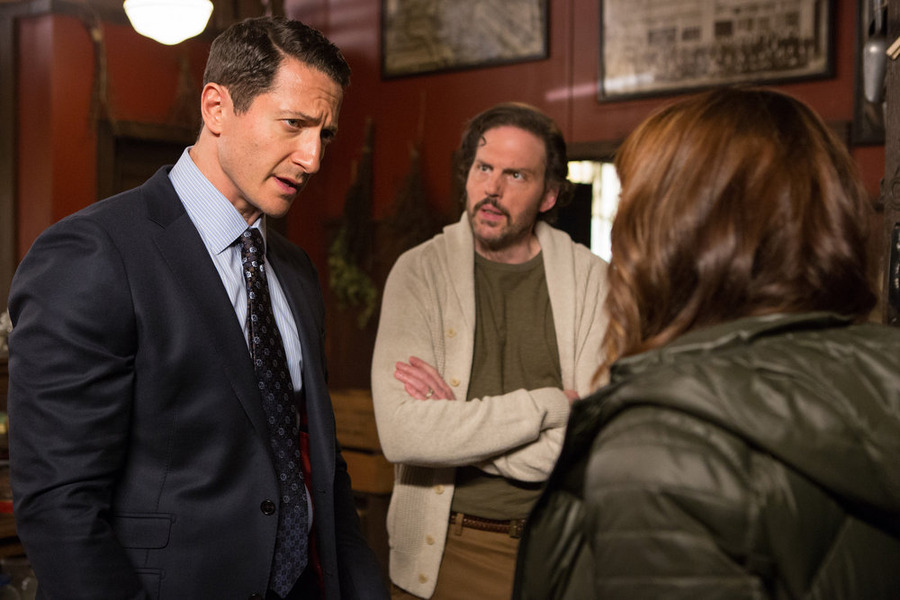 Rosalee and Monroe, who always want to help, have the extra knowledge of having helped Elizabeth with the original spell that gave Nick his Grimm powers back while turning Juliette into a Hexenbiest – and they actually do find something in the spell book. But they need a Hexenbiest, and Sean finally admits that Mom’s not taking his calls. So who is he going to reach out to? My bet’s on Henrietta, but we’ll see.

The bigger problem, of course, is that Juliette likes her power now – and it doesn’t seem like she’ll want to give it up. The stunt in the bar that she pulled just to get arrested and get Nick’s attention was pretty ridiculous – that man’s been calling her repeatedly and worrying about her. If she wanted to see him, all she’d have to do is say the word! Which I think, more than anything, shows that her perceptions are pretty messed up at this point, whether it’s the Hexenbiest inside taking her further away from humanity or just making her kinda wacko. It’s getting harder to sympathize with her. But Nick still doesn’t want to give up. How much will she have to do to push him away? The fact that she had sex with Renard might do it – if Nick finds out.

Speaking again of Renard, what was with that weird incident where he beat that random guy up and stole his wallet – and then couldn’t remember what happened? I’m not seeing why that’s connected to the bleeding incidents, but I suppose it’s linked to the hallucination he had? In any case, he needs some help before things get even worse. Why doesn’t he talk to Henrietta about his problem??

The other interesting little interlude was Wu asking Renard straight out how much crime is Wesen-related and Renard saying that most crime in most places is Wesen-related. This makes me wonder two things: 1) So does that mean that the majority of Wesen are, if not evil, at least less-than-good? It would explain why Grimms generally kill first and don’t bother asking questions, but also makes you wonder about the Wesen community in general. We’ve seen plenty of examples of nice Wesen and bad Wesen, but what are the percentages? 2) How is it that other police stations manage when they don’t have a Grimm on the payroll??

Apparently Kenneth and Adalind were just hanging out sniping at each other this week, since we didn’t get anything new from them. 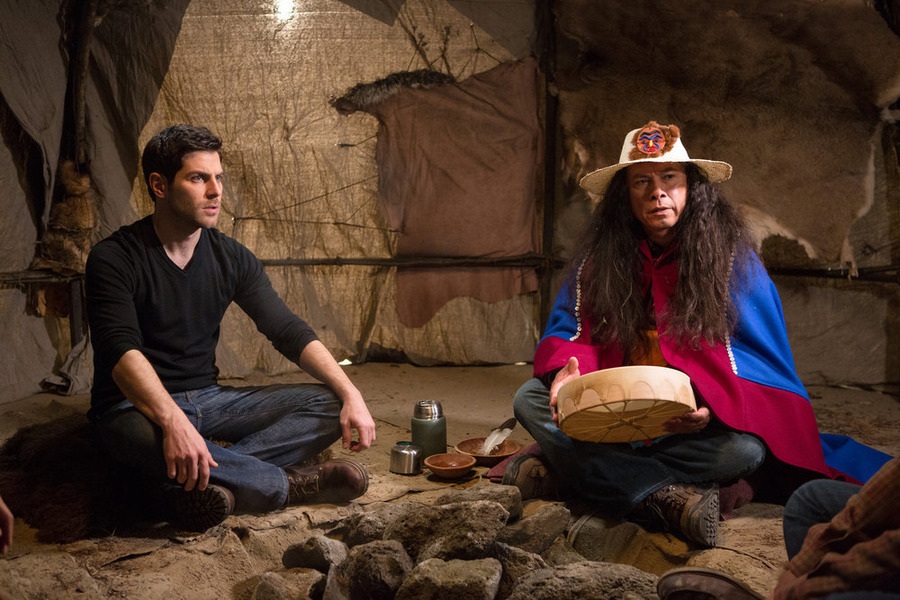 The Wesen of the week was interesting – it wasn’t really a Wesen, but more a spiritual possession. The use of the Native American myth was fascinating, but more interesting was what happened to Hank. The dreamwalking he did where he saw everything from young Simon’s eyes was gripping, and then to have him possessed by the Mishipeshu made the story even more powerful. To see how much the experience affected Hank was also interesting – he may not have remembered being the Mishipeshu – any more than Simon did – but he remembered the dreamwalking and was really upset that they couldn’t arrest the last man. However, what a way to end it – with Sheriff Farris finishing the job while possessed by the Mishipeshu! I didn’t see that one coming. I wonder if we’ll see her again in the future – and whether or not she’ll have shed the possession. 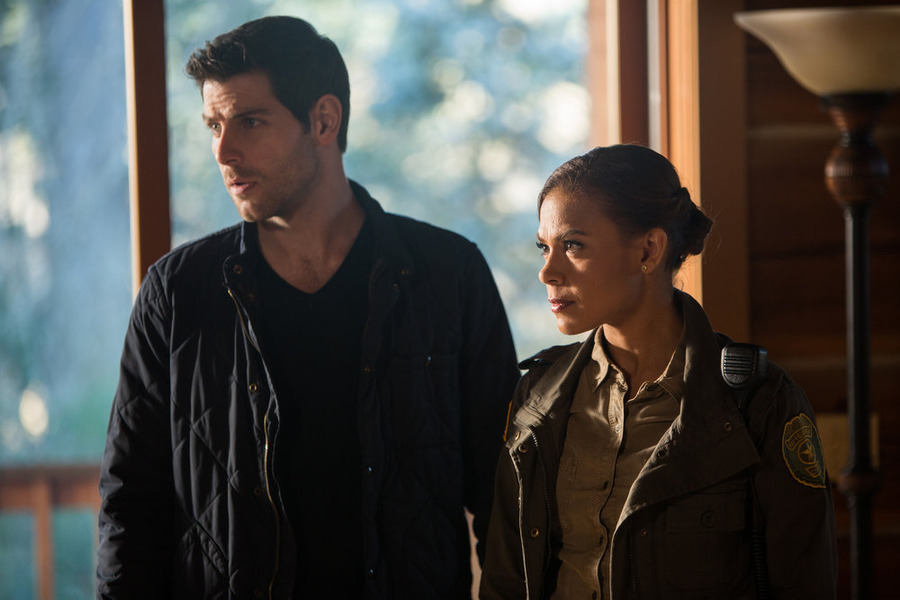 Hopefully next week’s episode will have more of an impact with the various story arcs. See you then!