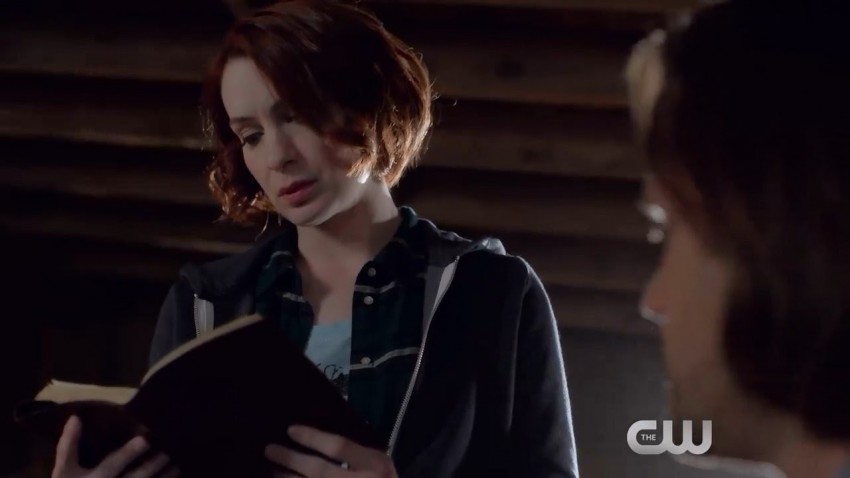 Supernatural: Review Book of the Damned

Sam, Sam, Sam, what were you thinking? The Book of the Damned brings us to an interesting cross roads, cure versus morality. Sadly Sam chose to seek the wrong sort of help. It will make for an interesting finale. 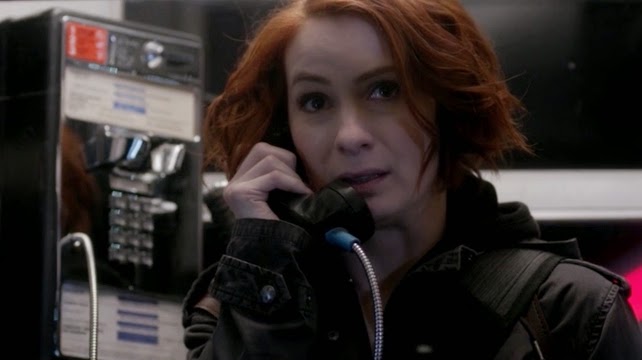 Charlie finds the Book of the Damned and brings it to Sam and Dean but not without paying a hefty price. Shot and on the run from the Stein family, Charlie manages to find one of the remaining phone booths in the United States and calls the boys. After updating them on her minty fresh wound Dean gives her the location of one of Bobby’s hideaways for her to lay low while they come to her aid.

Meanwhile Castiel and Metatron are on the hunt for Castiel’s Grace. You cannot trust Metatron farther than you can throw him and Cas has already told Sam he would love to simply kill Metatron off, and boy howdy wouldn’t I love to see that happen. 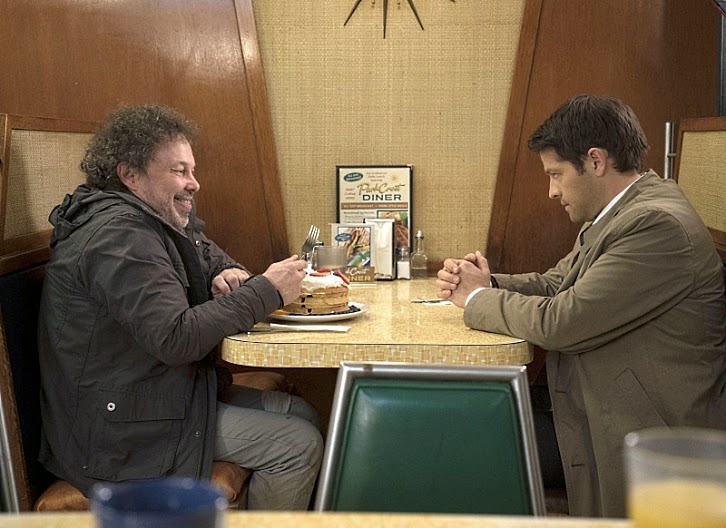 Metatron being up to no good indulges himself in the sin of gluttony by over indulging in waffles topped with everything but the kitchen sink. This leads to a rather amusing consequence of potty humor. After their bathroom break Cas and Met are attacked by a rogue Cupid who gets the drop on Castiel but is then killed by Metatron. These small moments of compassion and attempted bonding plan seeds of doubt in Castiel’s mind and lower his defenses.

The angels quest takes them to a library. This is where Metatron uses his cleverly planted seeds to get Castiel to trust him just enough to separate while searching the books in the library for clues. What Castiel does not know is that Metatron is busy painting sigils to trap him and render him useless. What Metatron does not realize is that the borrowed Grace Castiel has been using is fading and he is able to resist the binding long enough to grab his Grace and consume it.

CASTIEL IS BACK!!!! (insert huge sigh of relief)

Meanwhile back at the ranch…the Stein family finds Dean and traces him back to the shack where Sam and Charlie are hiding with the Book of the Damned. A fight ensues, as it always does, and we see Sam throw a book onto a fire made extra hot with holy oil.

The thugs are vanquished and our hunters return to the Men of Letter’s Bunker to regroup and try to assess a new way to remove the curse of the Mark from Dean. And as Charlie and Castiel and Dean share quips and pizza Sam is featured in a distracted haze.

Pan to a distant scene Sam and Rowena making a deal for Dean over the Book of the Damned. Ohhh Noes! This branch of the story line makes me a bit cross at the writers for taking the lazy route in the Sam and Dean story. Rather than having the characters grown and have learned something from all their past experiences we see the same old repeating pattern of one doing something stupid with the dark side to save their sibling. After ten years they should have grown smarter not stupider.

Here is to hoping the season ties up neatly.