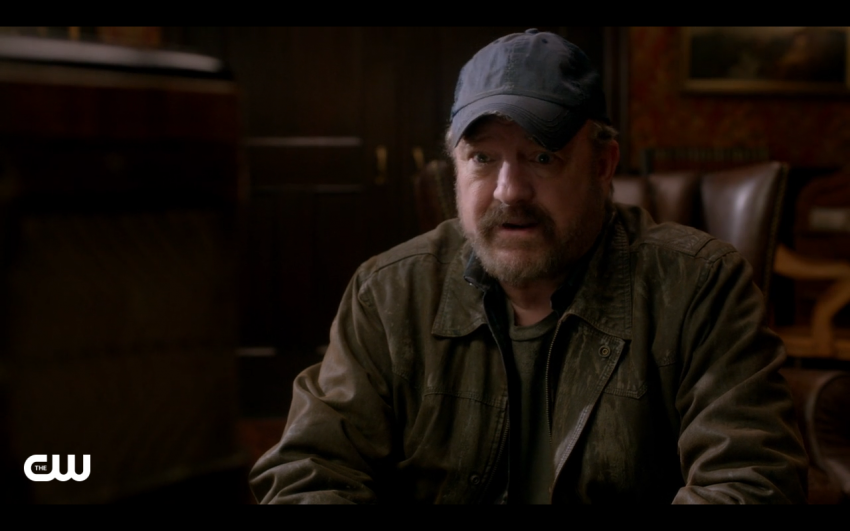 The ball is in motion. We are headed for the final play and we are rooting for team Winchester. We’ve got our lucky socks on and pj’s on inside out. Insideman brings back one of my all time favorite characters in Supernatural, Bobby Singer. Coincidence that is happened Easter week? I think not.

This week brought us some needed acceleration in the story lines of the Mark of Cain and Crowley’s familial relations with his mother Rowena. There was even a hint of cross-over within the two stories. Rowena revealed that the Mark of Cain was a curse, the first curse, but a curse nonetheless. Curses can be broken. 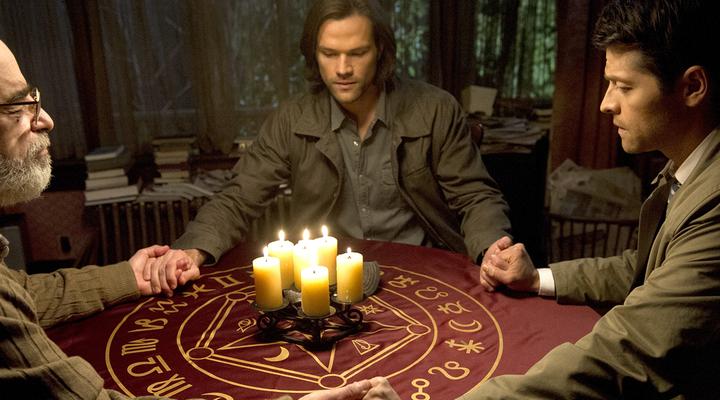 Sam and Castiel go rogue and highjack Bobby via a session with a medium.

Seeing Bobby in his personal heaven, relaxing, reading and listening to Kenny Rodgers singing the Gambler was just a small bit of bliss for this die hard fan. Bobby added an element to the show that Crowley cannot touch and Supernatual has been lacking since his departure. I am sure some people disliked Bobby after all you could be the best apple in the bunch but someone is still going to hate apples.

We see the boys split up with Sam under the pretense of seeing a French film and Dean just hanging at the Bunker. I think I wanted to vomit when Dean put Sam’s toothbrush under his armpit but then again it is Dean.   Dean headed out for a night of beer and nachos with himself and ran into a bunch of douchebag college kids. 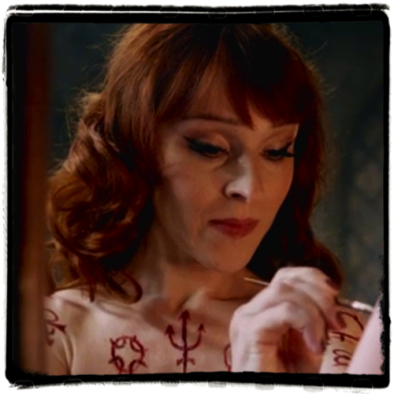 Rowena is plotting while Crowley humors her because she is his mother, and if I hear her call him Fergus one more time I shall shout. She has painted herself with sigils and is up to no good. Flash forward to Dean in a bar shooting pool with some lowlife hustlers when Rowena pops in and tries to take him down. He is saved by the mark and he in turn spares the lives of the young men that Rowena had cast spells on.

Vexed beyond belief that the Winchester’s have gotten the better of her again Rowena returns to hell where she maims herself in effort to gain Crowley’s favor. Crowley investigates and has a heart to heart with Dean. 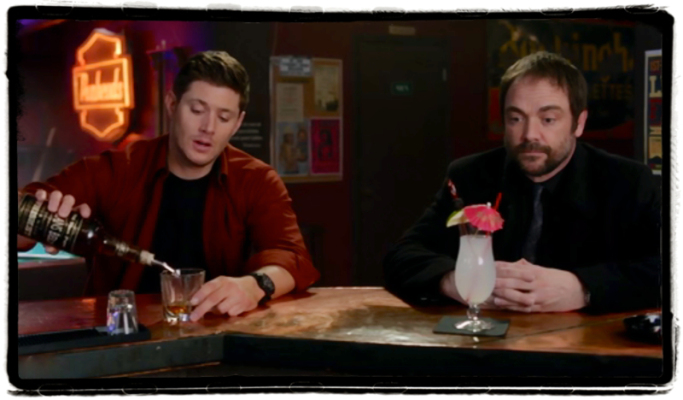 Her little ploy not only backfires on her, but ends up getting her booted out of hell with the promise from Crowley that she need never show her face around him again.   YAY, it’s about bloody time!

Castiel and Bobby bust Metatron out of Heaven and Sam and Cas finally get it right with him, maybe sort of when they take Metatron’s Grace. In a bid to have his Grace returned to him Metatron bargains with Castiel telling him he knows where Cas’ Grace is and that he will return it to him. We shall see.

All in all there is a whole lot to chew on mentally with this episode. The splitting up of the brothers, is this foreshadowing? I hope not. Will Bobby be punished, this story line might not resolve as he is in Heaven and we do not see a lot of the happenings up there. And is Dean already breaking the curse each time he refuses to kill, I think so.