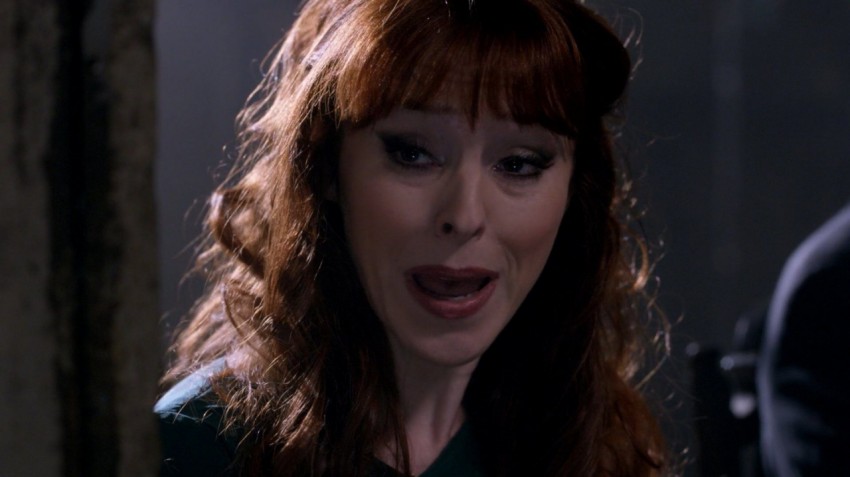 The Werther Machine holds the key to translating The Book of the Damned. It is enchanted to make people kill themselves in order to protect its secret. It is Sam and Dean’s job to get around that enchantment except Dean does not know about what Sam is up to.

Here we see what Sammy is up to by bringing Rowena on board. Big mistake if you ask me, but no one asks me.

Once again we see Sam acting on the down low while Dean goes a bit berserk and wipes out a nest of vampires all by himself. Dean and Sammy have words. It’s no fun when the Winchester’s argue amongst themselves. But, I dare say it is normal family tensions.

Rowena has a hidden agenda she wants to kill Crowley, or does she?

The Men of Letters know about the Werther Project. And they were opposed to how it was set up. They knew it required blood sacrifice and rejected it’s creator for use of dark magic.

The Werther Machine ended up being boarded up in a home in St. Louis Missouri and there it slept until the late 60’s when an angry young woman who was told to do laundry rather than watch cartoons to a sledgehammer to a wall and released the beast. It knocked her cold, but took the lives of her family members via suicide.

Rowena informs Sam she requires the codex to translate the Book of the Damned. Sam is dumbfounded and angered until she tells him the answer lies within the writings of the of the Men of Letters.   Sending Sam scrambling to solve Rowena’s problems. I am not so sure how smart pursuing the spell in the Book of the Damned is but we shall see how it goes.

Next we see Sam trying to break into the house in Missouri and nearly getting his balls blown off by the woman living there. Back to baby and whoops in pops Dean with a few questions for Sammy.

They form a plan of attack and head back into the Suicide House as Dean called it. Dean corners the lady of the house and Sammy sneaks into the basement. He releases the energy which infests Dean and the Lady and causes her to kill herself. Dean goes on a different trip. He lands back in Purgatory. 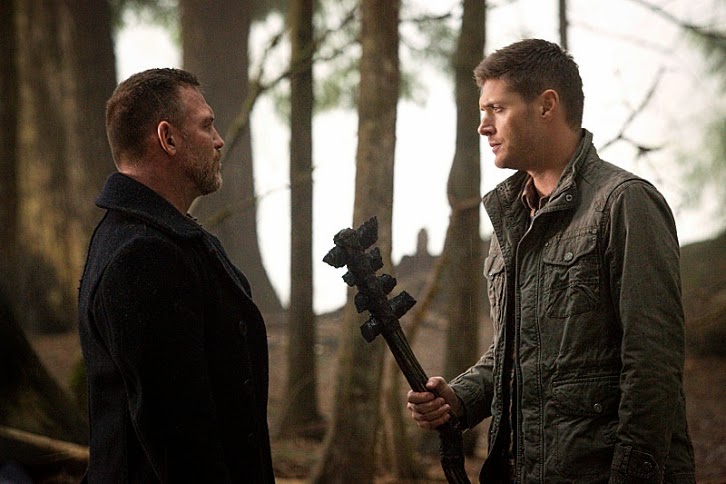 We get a revisit from Benny my favorite vampire. He helps Dean work through his illusions and brings Dean back from crazy town. Dean uses his conversation with Benny to determine where he is and how he can get back to reality. 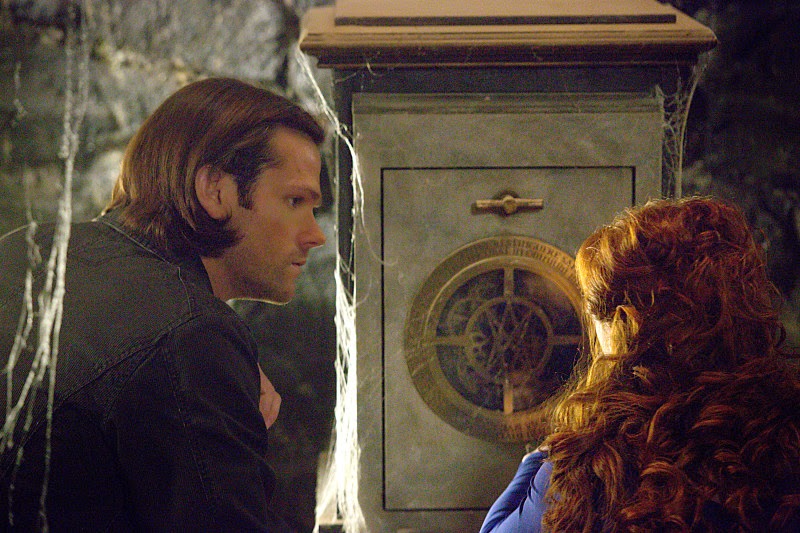 Dean frees himself in time to find Sam bleeding himself dry to appease the Werther Machine, what Dean does not see is Rowena who had been milking the blood from Sam’s body in hopes of killing him. Once Sam is stopped and Dean adds a bit of his blood to the mix the brothers are able to conquer the Werther Machine and gain the Codex for the Book of the Damned.