The moment we’ve all been waiting for Avengers: Age of Ultron! I know everyone has been hyped since they announced it! I know I have! I had the pleasure of watching the Double Feature my work showed, Avengers 1 and Avengers: Age of Ultron. I was lucky enough to score the day off for the first one and do the Phase 1 Marathon, so you can imagine how excited I was to get Age of Ultron night off too! It gave me a chance to giggle at my coworkers while they dealt with the throngs of people there in line waiting for the movie. I digress; let’s talk about the movie! I’ll break this review up into two parts; one spoiler free with my overall opinion on it and the second part is spoiler-city. I’ll break it up with a picture and a post a spoiler review when to stop if you haven’t seen it yet.

Alright, overall I thought the movie was great, but a bit underwhelming. After watching the first one, which I consider to be one of the greatest movies in recent years, I felt that Age of Ultron was a bit lacking. The fight sequences were fantastic, the character development was strong, and the comedy was on point, but there was something missing. I’m not quite sure what it is, but as I walked out of the theatre all smiles there was still a nagging in the back of my mind. (Disclaimer: I’m a huge Joss fan, Dr. Horrible’s Sing-Along-Blog is a SDCC tradition for me, so I’m not saying anything bad about the man, because that’d be sacrilege, just so we’re clear.) I enjoyed the whole movie; I love the plot points they used and I genuinely felt more of a 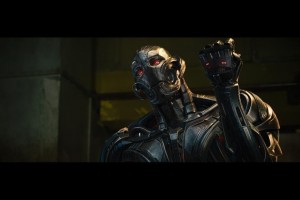 connection to all of the characters. It felt like the audience was hanging out with our long-time friends and there were a few scenes that you got to see different sides of each character, it was brilliant.  Each character had their moment to shine, whether it be through action or comedy, they all came to the screen very well. As far as baddies go, Ultron was creepy and James Spader was the perfect choice to voice the crazed AI. Ultron’s character was great; he was so realistic you couldn’t even tell that he was CG. They did a wonderful job expressing his motives and really playing off of his “anger” issues. For a two-hour movie his character was developed so well, which is something that I admire about the Marvel U. 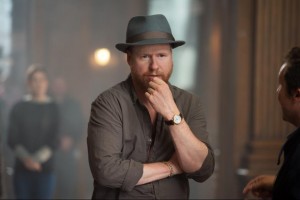 The focus on Black Widow and Hawkeye was exactly what I’ve been waiting from The Avengers franchise. It was a smart move to focus on the lesser characters this time around, as focusing on the main three would have been a bit of a recycled idea. I liked that they went into Hawkeye’s character more, 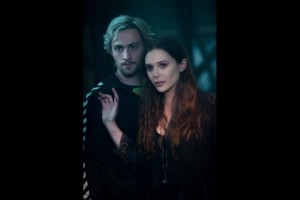 surprising everyone in the Avengers with his family, and in doing so they set it up so you actually worried about his well-being. Also, I think after having him brainwashed for a majority of the first one gave Joss a desire to make Hawkeye kick major ass and be the father-figure to Scarlet Witch, which was pretty cute to watch. Scarlet Witch and Quicksilver were great, but the joining the “good fight” was too fast and there really wasn’t much hesitation from them. I mean, they made the whole “I hate Stark” thing really clear when joining Ultron, but I suppose when having to choose the lesser of two evils Stark’s “evil” is much better than Ultron’s insanity. 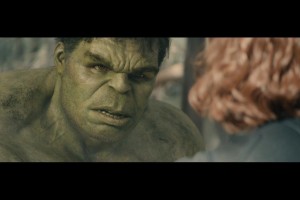 Did anyone else think the Widow Hulk relationship was a bit odd? I mean it was cute, but it’s almost like they (coughDisneycough) forced a “romance” into the movie. It’s a different direction for Black Widow, but I’m sort of curious as to why they chose Hulk. I suppose they went for a Beauty and the Beast sort of deal, but that’s kind of an overdone story, in my opinion. It wasn’t that necessary in the movie anyway. It felt as though having the odd romance made the movie lag a little. Another thing that bothered me was that they used Black Widow as a damsel in distress.  I don’t get why she would just accept being captured and not try to get out herself?

Scarlet With and Quicksilver were welcomed additions to the team.  How Ultron used them made you feel a bit sorry for them, because they were just kids who were angry and decided to run with a bad crowd! Of course without them Vision would not have been possible.  Yeah, Vision was awesome and I’m excited that they brought him into the mix. 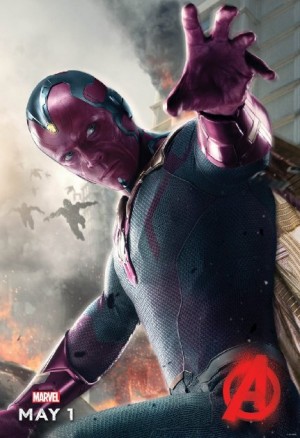 The final fight sequence was great! They had a dash of comedy added in with worrying about everyone then transitioning to heart wrenching sadness when Quicksilver saved the day (he’ll be back, of course) and they really rocked the fact that the Avengers use each other in battles. For instance Black Widow getting a shot at using Cap’s shield, and then seeing Thor bouncing his hammer off of it! They proved themselves a team in battle, but still have a lot to work on in their personal lives. I dig the setup for the Civil War too, planting the seed of doubt in their minds about Tony. They now know that he may not be the most trust worthy person, which leads for a good intro into his part in the Registration Act.  They had Tony be the ultimate day saver again, but it made complete sense because he was the only one who could figure out how the defeat madness Ultron had created.  Also, Vision’s interaction with Ultron before he took him out was perfect.  I personally felt a bit sorry for Ultron, because he genuinely couldn’t help what he was doing.  Vision made the right decision by destroying him, however.

Going back to earlier, I can’t get over feeling like something was lacking, especially after watching the first one directly beforehand. I have seen the first Avengers 11 times in theatres (perks of working there) and then who knows how many times at home and even still I get giddy and I laugh like a crazy person at parts. There was something lacking from this one, maybe it was a sense of fulfillment, maybe it was the genuine feeling?  Either way, I personally did not like it as much as the first one.

Overall I’d say I’d give it a 4 out of 5 mainly because it just didn’t quite hit as hard as I expected and hoped. I very much enjoyed the movie all around, but there were some things that were lacking. I’m going to watch it probably a few more times in the theatres, and then grab the BluRay when it comes out so I can see all of the deleted scenes. Maybe adding in those scenes will make it as satisfying as the first.

What I liked: Great, smooth, fight scenes, wonderful comedy, getting to know the lesser Avengers more, Ultron (especially “zombie” Ultron when we first see him, so creepy), Vision’s arrival, more of Hawkeye’s story.

What I didn’t like: Black Widow and Hulk’s forced love story, Black Widow being a damsel in distress, Scarlet Witch and Quicksilver’s quick change of mind, some plot points falling through.

What did everyone else think? Let us know in the comments below!