By Erin Conrad and Donna Cohrs

Joel 3:2 I will gather all nations, and will bring them down into the valley of Jehoshaphat; and I will execute judgment on them there for my people, and for my heritage, Israel, whom they have scattered among the nations. They have divided my land.”

The “valley of Jehoshaphat” may therefore be simply regarded as a general term for the theater of God’s final judgments on the enemies of Israel.This is what we have come to. Will this be the place where it all ends?

After being hit in the head at Qumran, Golan awakens inside the trunk of his car—in a parking garage in Haifa. After extricating himself, his office tells him they found the detective who worked the Donaldson case fifteen years ago, so Golan heads to a kibbutz in the Negev to speak to him. Maybe he will have the answers that he and Peter need. Golan meets with Detective Mordecai who handled the Donaldson case, and tells him he needs to see his notes from the case, but the man says he can’t help. 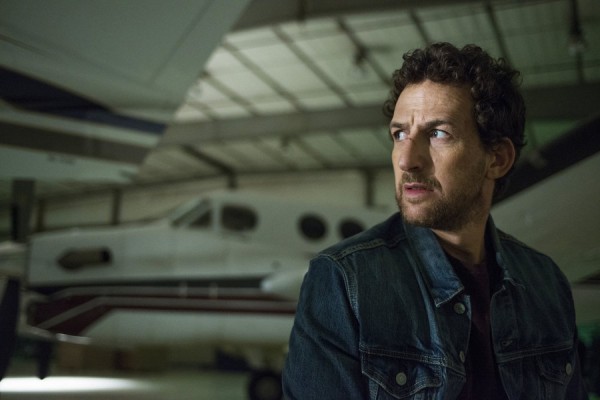 Still at Qumran, Peter is being cared for by the Essenes, after being shot. Shem tells Peter that the Order of Moriah have the “abomination,” the heifer, that it was created by cloning and technology. “Great, so now they have their… cow.” They’ll slaughter it and mix the ashes with the ashes of the original red heifer. After that, the Torah says they will be able to rebuild the Temple Mount. That is why they have to be stopped. Shem also tells Peter that it is not a coincidence that the bullet hit Peter on his scar. According to Shem, Peter has a part to play to bring healing to himself and the world, but Peter brushes off the notion that he was destined to be involved. Shem then shows Peter and Emma the caves where the Essenes have been hiding out, some of which reach all the way to Jerusalem and the Temple Mount, stating that Peter will need to know this to complete his mission. I knew that he had something to do with all of this and that’s why he was targeted in the beginning, but I haven’t figured it all out yet. Have you?

Lynn is still hiding in the closet. When Ambassador Ridell goes into her office bathroom, Lynn has the opportunity to look at Ridell’s desk phone for the last numbers dialed and then sneak out. Figuring she can trust Liat, she arranges to meet her at a coffee shop to ask her to discreetly find out about a pastor arriving today with a “special delivery” as part of Ridell’s delegation. Liat runs off copies of the manifests but there is one page missing. Not trusting Liat, then gets the missing copy herself and finds Pastor Billingham’s name on the list. After she finds out this information, she passes it to Golan to let Peter know.

Gregory is writing “Jehoshaphat” all over the walls in the asylum. 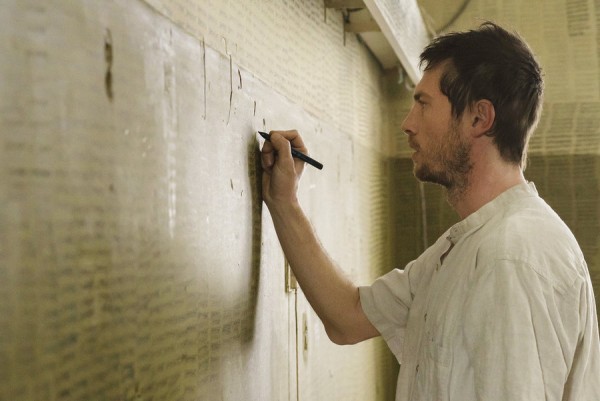 Avram attends a blessing of the red hiefer. Rabbi Lev assures him that his job is done and after the hiefer is slaughtered, they will be able to gain the Temple Mount. Avram is so torn and steals away to find Red. In her stall he tells the calf that he will protect her now. He spray paints white lines on her body, hoping that this will prevent the slaughter. While Avram hides, the Rabbi finds the heifer ruined and throws a holy fit. It will not stop his plan.

Golan has sent Peter to his brother to get the gunshot wound taken care of. The brother is a veterinarian and Peter is amused. After, Emma talks of love and walks away. While Peter is showering, she walks into the room and into the shower! Am I the only one who screamed “Don’t do it?” She is after him for something, and I don’t trust her! Peter gets up and plays a silent game of Bible roulette and lands on a verse that is completely appropriate. 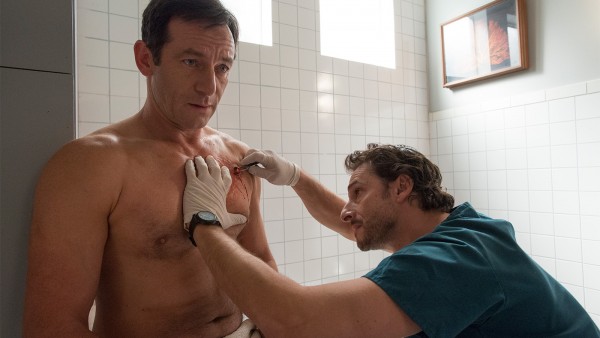 He calls his wife and reads it to her. “Do not think it strange concerning the fiery trial which is to try you, as though a strange thing happened to you, be sober, be vigilant, because your adversary the Devil walks about like a lion, seeking whom to devour”.. Guess who the author of the verse is? Peter. Wow, that part astounded me and means so much in Peter’s trials yet to come. Golan shows up and sees what has transpired between Peter and Emma and he is not pleased. Peter tells Golan to “keep it to yourself”, to which Golan retorts, “keep it in your pants”. The camaraderie really blossomed between these two men and they have become bantering friends and I love that about this series.

Peter and Golan head off to catch who is getting off the plane. As Ridell goes up to greet the Nasty Rev and his package, Peter witnesses the Ambassador kneeling before Josh and kissing his hand! “Oh shit” can be heard escaping Peter’s mouth. They have the location and the people to catch, but Billingham finds that the FBI knows they where they are. “First Jehoshaphat, then Armageddon”, and boards a helicopter and they take off. Golan wants to go after them but Peter says they wouldn’t be able to stop them. Peter remembers that Donaldson is obsessed with the word and they head to the hospital to find out more. Emma calls, and Peter lets her know where they are going. That was a mistake! 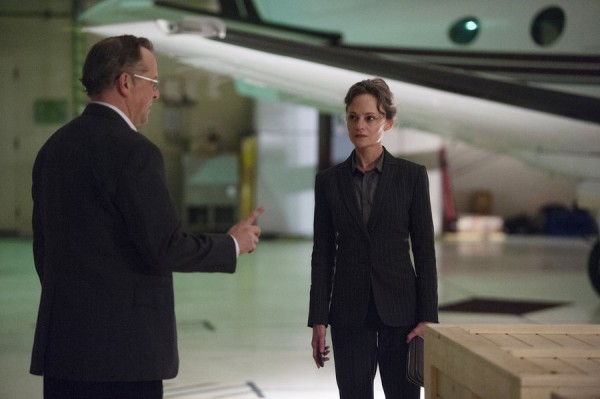 Lynn gets a visit from Liat about the missing page. Although Lynn already knows it’s a pastor coming with a boy, Liat says she better tell Peter that its “a pastor with a kid”. Well, that shows Lynn that Liat is in on the whole thing and suddenly her world is torn apart. There is someone waiting for her in the bowels of the consulate and she is trapped and quickly taken out by Liat!

Avram attempts to kill Rabbi Lev, to stop the slaughter of Red, but is stopped by Shem. Shem says the only way to stop them is to get one target. “One person who was trained and raised in isolation”. Josh! That is why Shem followed Avram. Avram can do it. Taking Josh out will save the heifer and the world. Is this why Shem cleansed Avram, because he is now pure and may be able to stop this.

Peter and Golan arrive at the hospital. Donaldson is so drugged that they can’t get any answers. Golan injects something to counteract the drugs as Peter gets a call from Margove. Margrove wants Peter to come to the cave right away. He leaves Golan to get the answers. Bad choice!. Meanwhile Peter shows up to speak with Margrove and finds no one there. Is this a set up? Golan comes out of the door, calling and leaving Peter a message, to let him know the answers to it all and is horribly run down by a car from behind  The driver steps out and stabs him in the throat! Emma!

The series finale is tomorrow night. Leave your guesses below as to what you think will happen, who else may be in on the plot, what part Peter will play in all of it… What has surprised you the most during this series?

Here’s the “Inside Dig” for last week’s episode:

Read Part 1 of our interview with Jason Isaacs here

Watch the DIG Series Finale!  Thursday May 7th on USA at 9 PM

And watch this space  for Part 2 of our exclusive interview with Jason Isaacs from DIG!