This episode was just… WOW. 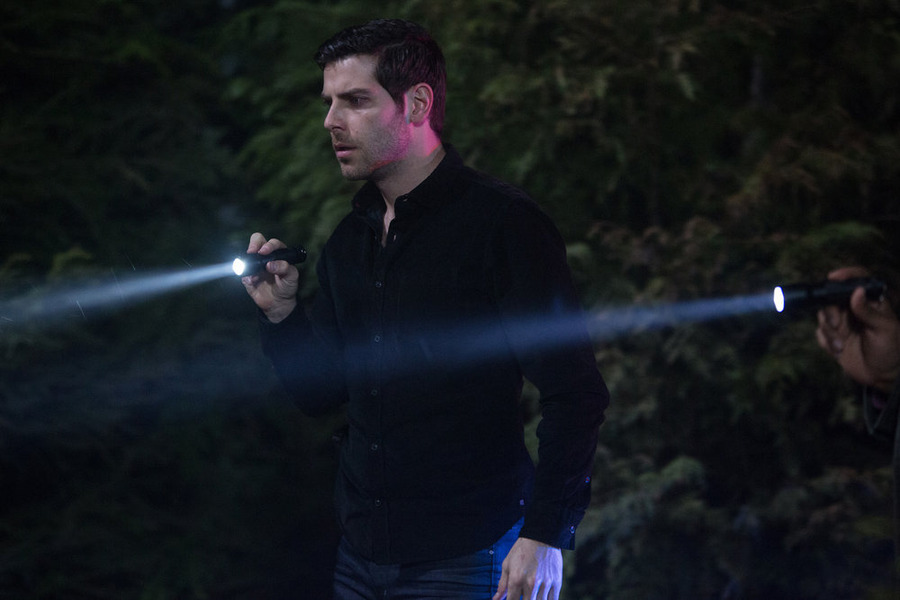 The trailer scenes were really touching and very well done. David Giuntoli did a fantastic job with the memories and reacting in the present. Thank goodness they were able to save some things from the trailer – especially the ones they ended up having an immediate need for shortly after.

Juliette’s lure email to Kelly… sad to say but she really did it perfectly – simple, to the point, no real explanations about what was going on, so Kelly would feel the urgency. Kelly did, and I can’t blame her for not questioning it and just heading out. Watching all the prep work with Kenneth’s team while Juliette told them about the neighbors and they got their guns ready was really disconcerting. She doesn’t seem to care even about human casualties any longer. 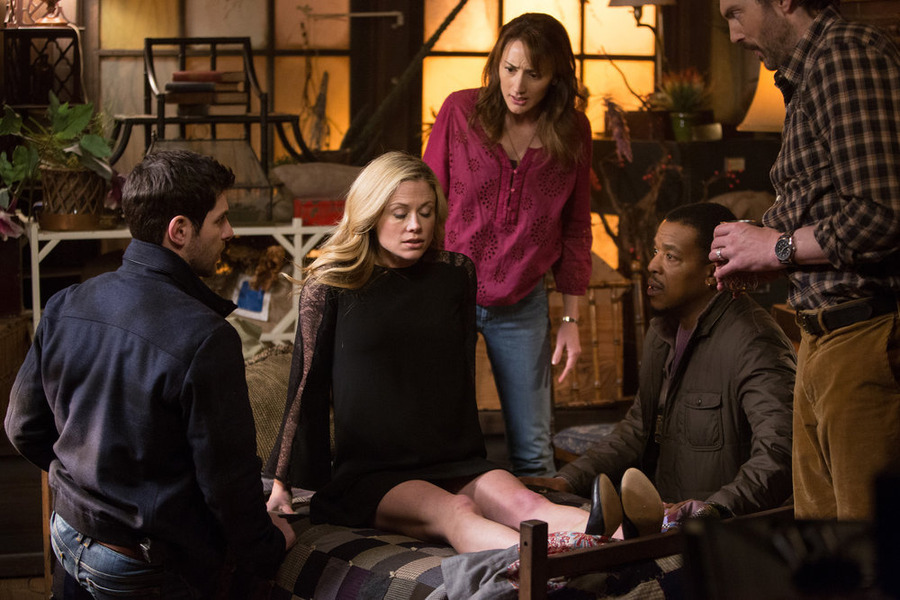 All the scenes with Adalind, Rosalee and Monroe working together were so good – Claire Coffee, Bree Turner and Silas Weir Mitchell got the tension just right. And Claire Coffee did a great job with her scene about her mother at the graveyard. Watching Nick be somewhat solicitous to the pregnant Adalind was downright weird, and the awkward bits with Bud were hysterical, as always. Then the scene where Adalind tries the suppression potion herself was fantastic all around, with some amazing special effects. That said, Adalind taking the potion was the world’s stupidest idea. Now she’s pregnant and defenseless. Wonderful. 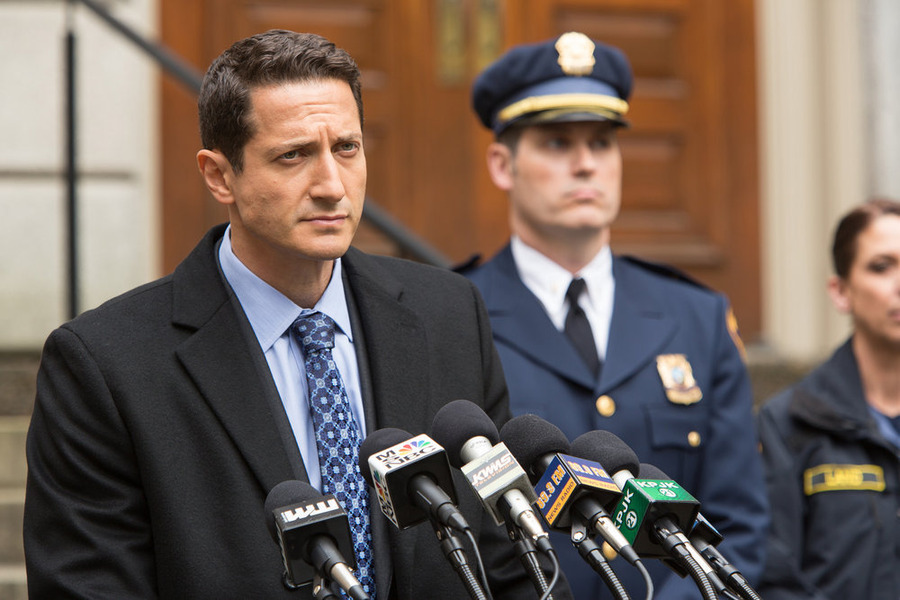 Sean starting to bleed again at the news conference and almost losing it live on camera really upped the issue there. If only he had stayed and let Henrietta try to help him, because she clearly knew something about it – otherwise she wouldn’t have asked the questions she did. But he was freaking out so much he didn’t even give her a chance.

The Wesen of the week… isn’t Wesen, apparently, but is preying on Wesen. A – dare I say fun? – twist, plus I for one love Jack the Ripper lore, so this take on the story – a possessed human killing Wesen women – is really interesting to me. I think they’ve done a good job on executing it as well – no pun intended! Not showing Jack’s face, giving him a British accent, and the murders being such copycats that everyone’s made the connection. Of course, they managed to save a book that had info on this happening even earlier, before Jack the Ripper happened in London, which leads Nick, Hank and Monroe to believe there’s some sort of demon or spirit possession happening through the ages. My one complaint is that Jack managed to kill a woged Henrietta when she was on alert – we know she’s a very strong Hexenbiest, and yet he managed to slice her throat without her even putting up a fight! C’mon now – the other two girls were killed without being woged and were taken by surprise. Maybe next week they’ll explain how he managed it, but it seemed far too easy. Oh – and now Sean is totally screwed unless his mother comes to help. I do keep wondering if the reason it’s happening is that Elizabeth has died, but that’s just one theory.

And we come to the final scene in the spice shop where Nick, Hank, Monroe and Rosalee try to convince Juliette to take the potion Adalind helped create. Juliette, not being stupid, asked all the right questions on how they came up with it and why they’re sure it’ll work – and then destroyed it, saying she liked who she was now. Why they even thought she’d take it willingly at this point is beyond me. Then she threw Rosalee and Monroe around the shop, took Hank’s gun away and then literally forced Nick to point his gun at Monroe and squeeze the trigger, leaving the episode to end with a gunshot. I don’t think she made him shoot anyone (or else it’s a slight wound), though. Maybe I’m wrong, but I hope I’m not. I also think that Juliette’s figured out that Adalind is currently powerless. Uh oh… 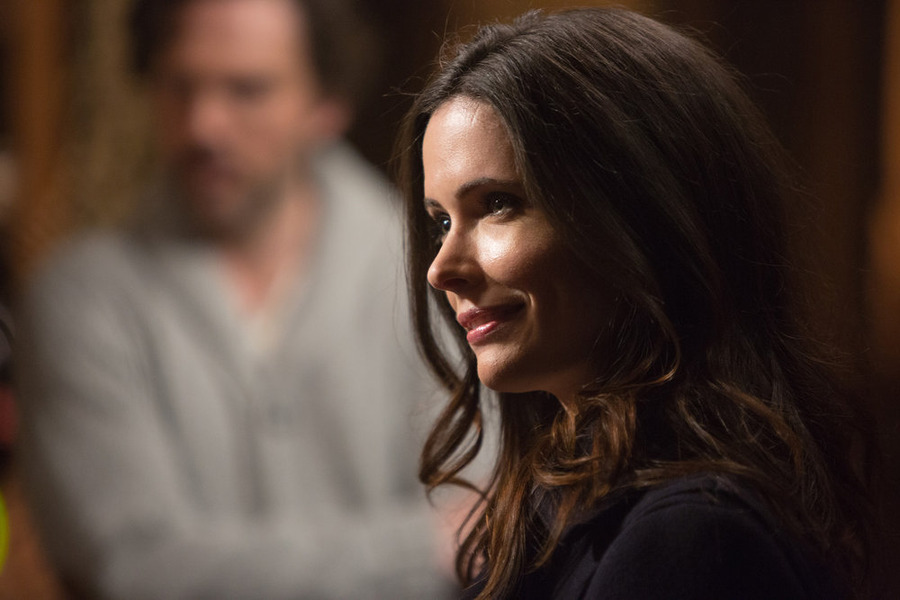 While it’s currently very hard to like Juliette as she turns more and more to the dark side, I have to commend Bitsie Tulloch on the amazing and dynamic acting she’s doing with the character during this story arc. The transition wasn’t slow or fast, and it’s seemed quite realistic as Juliette went from refusing to accept the change, to losing her mind a little, to starting to accept it, then loving and enjoying the power, and now moving more and more into the darkness. In some ways it’s hard to watch – and that’s part of what makes it impressive. Many kudos to Bitsie and the writers!

Next week the Jack the Ripper copycat tale continues… and so much more! I can’t wait – how about you??