Feel free to skip down to the actual preview…. this paragraph is really to create a buffer zone so that nobody accidentally sees anything they really didn’t want to see! Soon, you’ll be able to watch Episode 16, “To Ransom a Man’s Soul,” and I hope you’re prepared. I recommend an extra box of tissues.

This week’s preview is structured a little differently. I can tell you that outside of some very brief flashes of male nudity, there is very little that is overt. That doesn’t mean, though, that this isn’t a difficult episode to watch, but more of it is in the “general squeamy-ness” category. 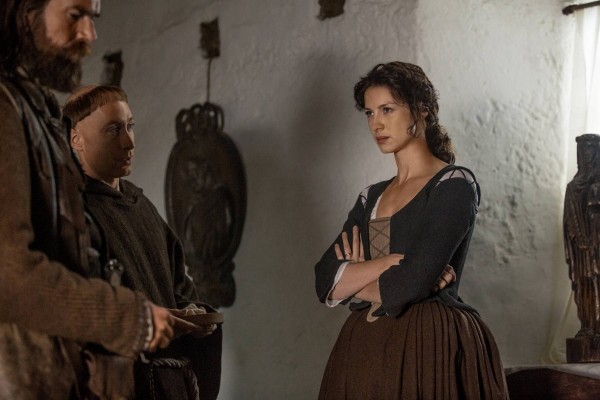 As far as  when you may care to look away:

Comments on the actual worthiness of the episode will come tomorrow in my review. I truly don’t want to give anything away; this was a very powerful episode, but I think the discussion on this one will be lively and interesting. Starz decided not to release this to the “smaller” reviewers until today, and the press photos that are usually available a week earlier came out just in the last 24 hours – and are totally non-spoilerish. I have included only the officially released pictures in this preview – anything else would be completely spoiler-y. (Making up words is one way of coping with what I just watched…) 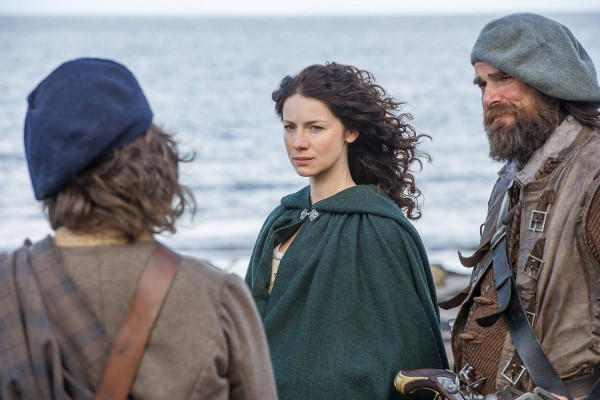 We all realize that we’re facing a major Droughtlander in coming months, but I hope you’ll stick with me throughout – next week, I should have a major interview for you; in coming weeks, I have at least one contest planned, and with any luck, more interviews. So I hope to hear from you after you see this episode, and hear what you thought about the episode and the season!