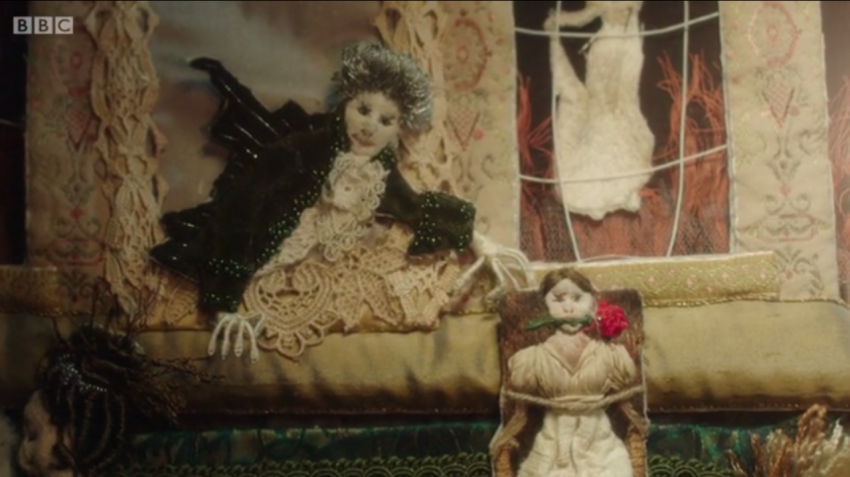 Review – The Education of a Magician – Jonathan Strange & Mr Norrell

We got to enjoy another exciting episode of Jonathan Strange and Mr Norrell last night on BBC America.  Lady Pole is struggling to find a way to communicate and save herself from her fate. Jonathan Strange is now in Portugal, trying to find the right magic to help the English army succeed against the French in the Napoleonic wars.

We first see Lady Pole looking as though she has had an epiphany, an idea of a way to communicate.  She begins tearing up her clothes and sewing, she seems to be frantic and erratic, but after a while it’s clear she has a plan.  She is making a tapestry that tells the story of what is happening to her.  The tapestry is beautiful.  I only wish we could have seen more of it. 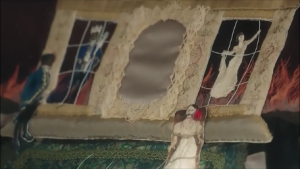 Arabella is making regular visits to Lady Pole.  She is the only person who will visit her, so she is trying to get Arabella to understand her message so that she will tell her husband.  She is clearly looking for a different magician to help her out of her predicament. Arabella is trying very hard to understand and watches her sew while she visits.  “What does your Ladyship sew?”  Lady Pole, “Lost Hope.” Arabella, “Who do you sew it for?” Pole, “For you.”  She is frantic for Arabella to tell Jonathan Strange.

I did not think of Mr Norrell as a bad man, maybe lonely and desperate but not bad.  I’m not so sure now.  He and Childermass have been intercepting all of Arabella and Jonathan Strange’s mail.  Arabella has been so worried that she has not heard from her husband, but it’s only because Norrell has taken all the mail.  This is how he learns about the tapestry and the message Lady Pole is trying to send.  He knows that The Gentleman will not be happy to be discovered.  He is afraid and has Childermass sneak in and destroy the beautiful tapestry.  It’s a terrible thing to do to this poor woman who has been mistreated and manipulated.  She is devastated when she discovers the mess.  Lady Pole is an undeserving victim.

The Gentleman has been very interested in Arabella.  He has been watching her in her home and has begun speaking to her.  He is very taken with her and says that he would like to “find the right moment to carry her to Lost Hope where she will be admired”. Arabella is waiting in the hall to be taken to see Lady Pole, The Gentleman sits next to her and tries to make a bargain with her.  He says that “Lady Pole has no horrors. She merely has a rose at her mouth.”, he is willing to remove the rose as part of the bargain. Arabella is outraged, she won’t make a bargain out of her friend.  I hope she stays strong, nothing good comes from making a bargain with The Gentleman.  Of course The Gentleman is not happy to have been spurned and I worry about what he will do next. In the meantime, Arabella left her handkerchief, and The Gentleman takes it, this is not good, he will use it in some evil way, I’m sure of it!

Lady Pole tried to kill herself when she discovered the slashed tapestry.  She is now being kept tied up on a bed or in a chair, it’s terrible.  Lord Pole has called Mr Norrell to see if he can help, of course Norrell has his own agenda and tells her that she is just one person and she must be sacrificed for the good of the country. Easy for him to say!  He tells Pole that Arabella’s visits make it worse and must stop.  All I can say is he is a manipulative jerk!  He makes me very angry. 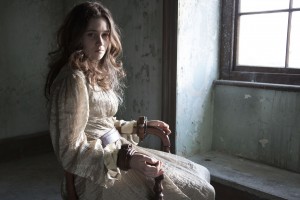 The Gentleman has more plans, and is offering Steven the option to become a king.  Steven does not want this.  The Gentleman refers to Steven as a slave and says that the first king was a nameless slave in the faerie kingdom.  Steven tells him that he is not a slave and is educated and christened.  Then he is asked if he knows what name his mother gave him and is shown a vision of his birth in a slave ship that was owned by the Pole’s.  He sees his mother whisper his name in his ear before he is taken away.  Steven is traumatized by the experience.

While all this happens at home, Jonathan Strange is in Portugal.  When he first arrives, he cannot find Wellington and gets no respect.  Finally Wellington arrives and tells him that he needs more men, can he magically make more men for him?  Strange tells him he can make it rain.  Wellington is not impressed.  Strange camps out with the soldiers and asks them what they want, they say they need new boots.  One of the men asks him to read a letter for him, the next thing he knows, he is reading letters for all of the men there.  Jonathan Strange with his assistant Jeremy carrying his books, goes out to the hills and makes a road for the army to use to get to their next destination more easily.  Wellington is quite the pompous ass telling Strange that he likes it but next time make it straighter. 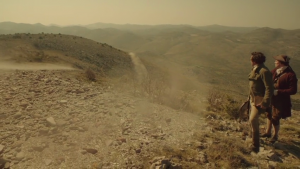 Next he is expected to move a forest.  Strange says that this is very difficult as he would need to negotiate with the trees, they are living things and have humors of their own.  They head out to the forest to see if Strange can work with the trees.  Jeremy trudges behind with the entire trunk of books on his back.  They are very near to the French and after a bit they realize that the English are there and begin shooting at them.  Jeremy shoves Jonathan Strange out of the way, bravely saving him from a cannonball.  Jeremy dies and all the books but one are destroyed.  What will Mr Norrell say about his lost books?  I bet he will be more upset about the books than the people who have died, again, his own agenda. The surviving book is The History of The Raven King, the only book that did not belong to Norrell.  This has got to be meaningful and tells of the kind of magic Strange will end up doing, a much darker magic.

They are trying to find some stolen cannons, the Neapolitans seem to be the key to finding them.  Strange asks if they have any among the prisoners, they don’t, but they do have some dead Neapolitans.  Strange perks up and says that he could work with that. It is the very dark magic of The Raven King so it should not be mentioned to anyone.  Strange uses his own blood dripped on the dead men and chants “borrowed life, borrowed life”, and now we have zombies!!  The British find out where the cannons are, Strange is left with the zombies to make them dead again but he doesn’t know how.  Wellington tells his men to set them on fire, they are “distracting my magician”.  When Strange walks out among the men, they show him a lot of respect that they didn’t show before, or is it fear that he can work with such dark magic? 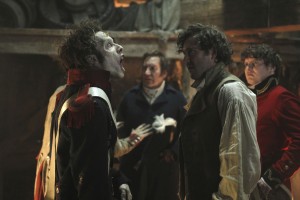 In the final scene of the episode we see Childermass at home but he has the feeling that there is magic near by.  He looks for it and finds Lady Pole is the source of the magic.  She is walking down the street.  She sees Mr Norrell and pulls out a gun, Norrell is pushed aside and Childermass is the one who was shot.  Childermass is a questionable character, will he survive?  Maybe Norrell can save  him with his magic.  Hopefully he won’t need to call The Gentleman for help again.  I’m not sure Norrell’s personality is strong enough to function on his own without Childermass’ influence. 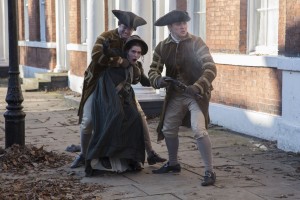 How soon will we see some of the consequences of the actions of this episode?  What will happen with Lady Pole?  Will Childermass live?  Will The Gentleman win Arabella over to his side?  Will Steven Black become a faerie king?  What will be the repercussions to Strange for using such dark magic?  We shall see next Saturday on BBCAmerica at 10/9c.