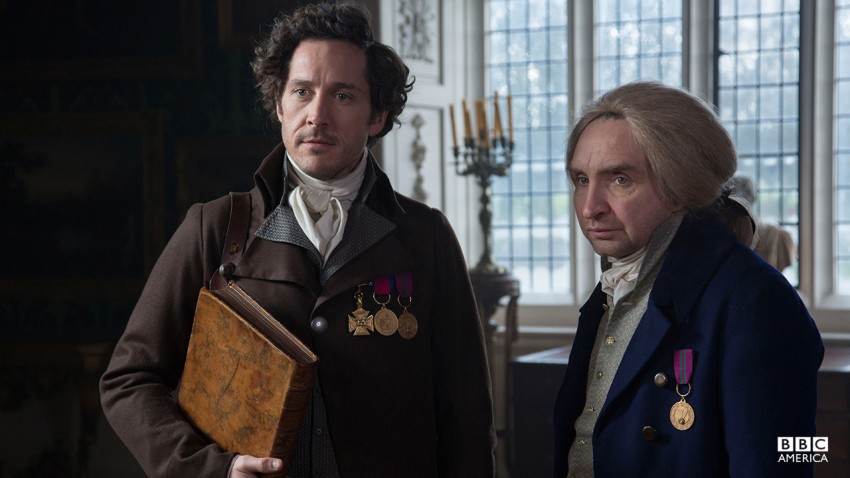 The secondary characters are busy manipulating the main characters by the time we get to episode 5.

I’m fully enjoying the way the story is developing on screen.  The scenery and costumes are great and the actors who play each part are perfect.  I like the people I’m supposed like; I am annoyed by the people who are annoying, and so on.

Episode 4 sets things up so that the secondary characters can more aggressively address their agendas.

Childermass was shot at the end of episode 3.  All the Mirrors of the World begins with Lady Pole being dragged into Mr Norrell’s house screaming and Childermass being carried in bleeding.  While the bullet is being removed from his shoulder, he passes out and finds himself in the magical realm where The Gentleman takes Lady Pole to Lost Hope.  Although he is a servant, Mr Norrell depends on childermass to help him make decisions.  When he wakes, he is bandaged up and in bed.  Mr Norrell is very upset because Lord Pole is planning on sending Lady Pole to Bedlam where people will pay to go look at her.  Only Childermass knows what Mr Norrell did to bring Lady Pole back to life.  Childermass tells him that he will “take care” of her. 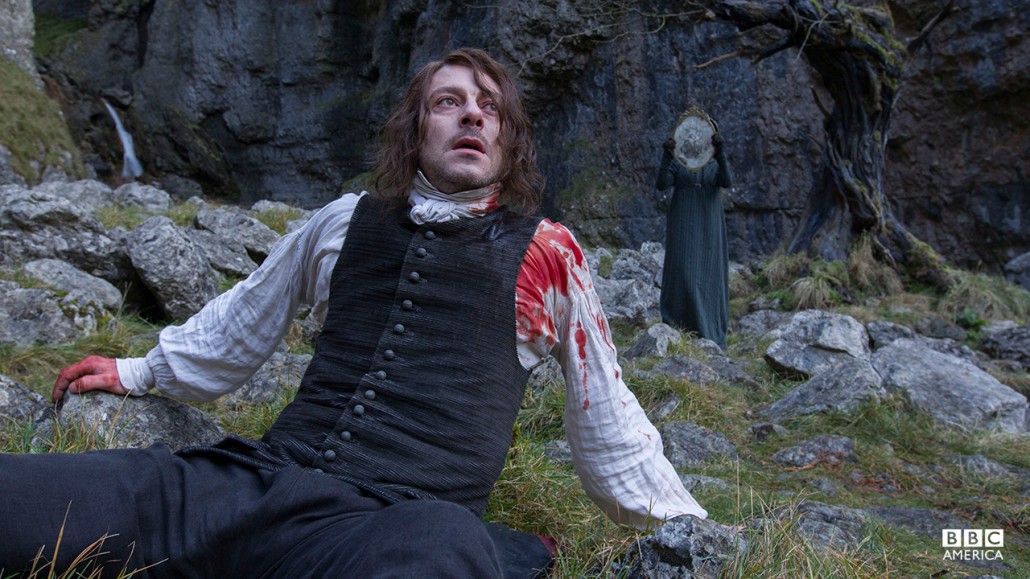 Mr Segundus and Mr Honeyfoot are still out in the country at the house they are planning to use as a school of magic.  It has been arranged that Lady Pole will stay with them.

Jonathan Strange decides to go see the king on his own later on.  He summons The Gentleman (who Strange does not see or hear) and suddenly the king gets up and leaps through the mirror to find himself in the middle of a road with a carriage coming towards him.  Steven Black is driving it, The Gentleman makes him get off the carriage and walk towards the king.  He suddenly finds a sword in his hand and it is pulling him to the king to kill him.  The Gentleman thinks Steven Black will be a much better king.  He tries to tell The Gentleman that he will not ever be able to be king as he is a black man.  In the meantime, Jonathan Strange is frantically doing magic trying to get the king back; he pulls him back through the mirror just before he gets run through with the sword.

Another secondary character has been busy doing what he can to ruin Jonathan Strange’s reputation as a magician.  Drawlight has been writing to people as Strange and charging exorbitant amounts of money for bogus magic lessons and magical help.

While Childermass, Segundus, Honeyfoot, Drawlight and Lassells are manipulating situations to suit their agendas, Mr Norrell continues to be tedious and dishonest.  Jonathan Strange has realized he can travel through mirrors to the magical realm of the Raven king.  He begins to be comfortable hoping through mirrors. 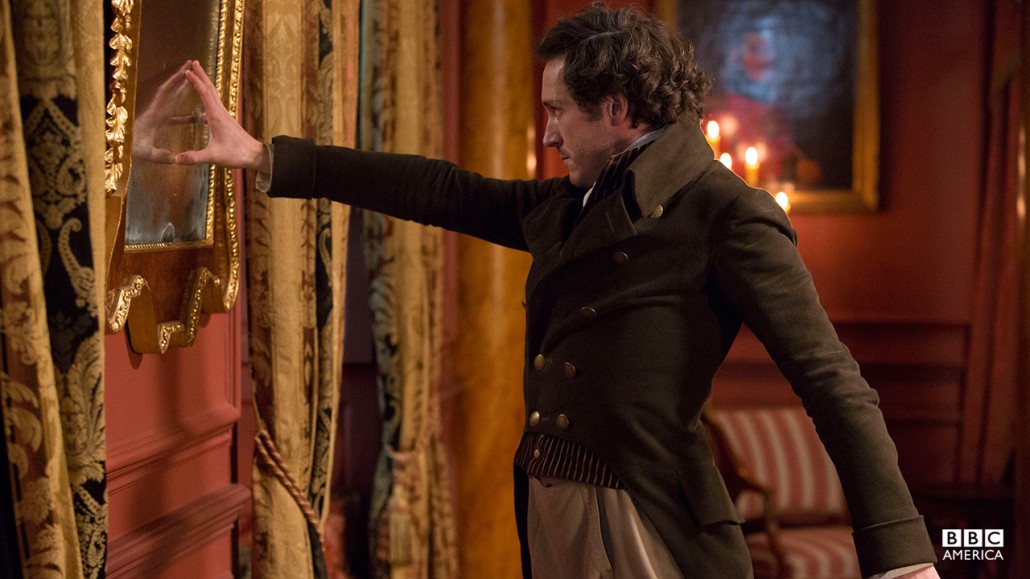 Steven Black is another secondary character who is working in the background to make things happen, although not by his choice, he is being controlled by The Gentleman who has decided that he wants Arabella and will do what he can to get her.

Episode 5 is called Arabella, The Gentleman is getting impatient about her and takes matters into his own hands. 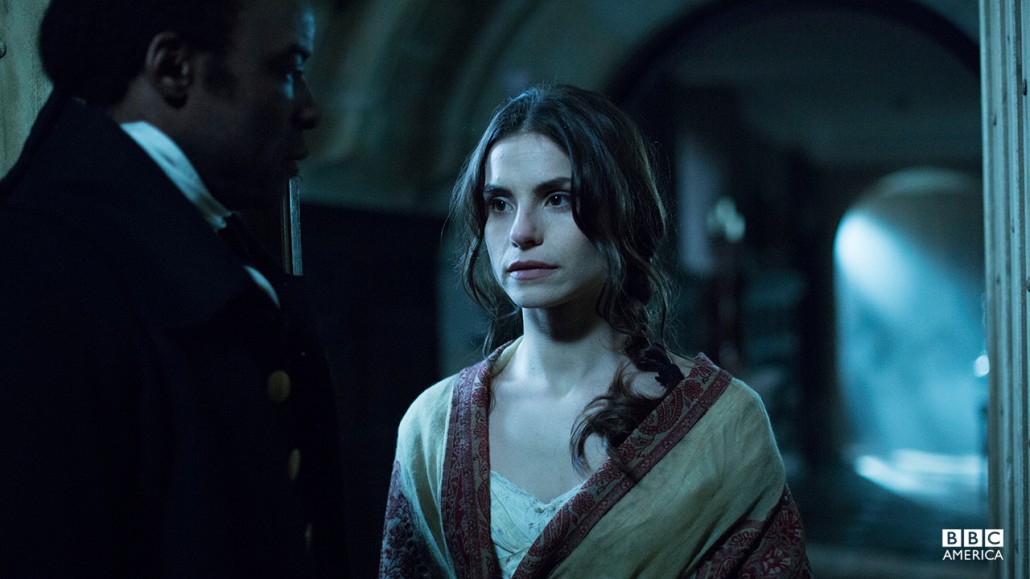 The Gentleman has stepped up his efforts to take Arabella.  He succeeds in stealing her away telling her that Strange bargained her away.   Jonathan Strange believes she is dead.  Poor man he is devastated and works to figure out a magical way to bring her back to life.  Mr Norrell will not help him, he is afraid of what could happen.  It won’t work to bring her back since she is actually in Lost Hope and the dead body is the fake one that The Gentleman made. 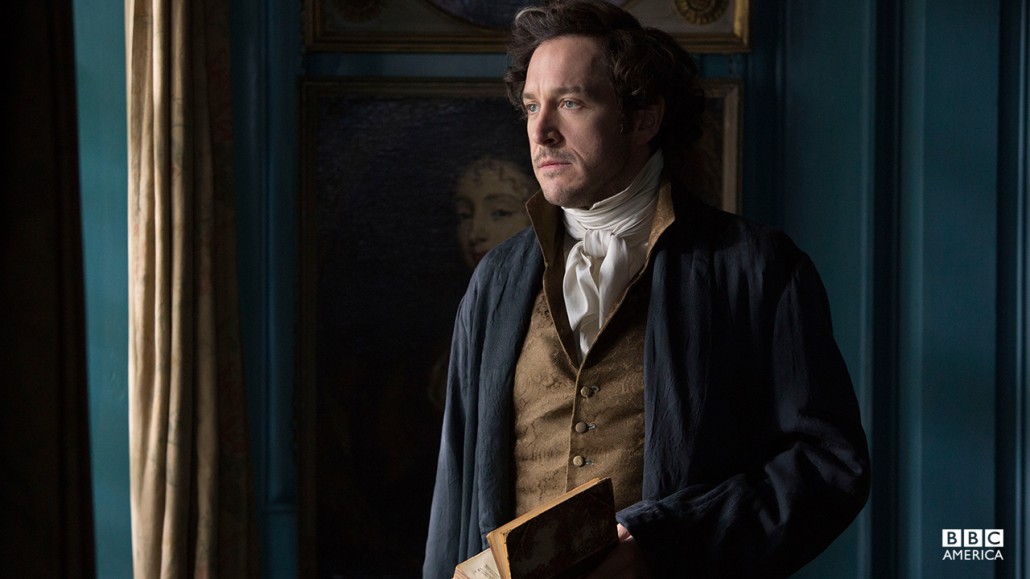 As these dramas unfold, Mr Segundus and Mr Honeyfoot have been taking good care of Lady Pole.  They decide that her stories are actually not nonsense, there’s a pattern to them.  So they might be able to help her communicate her problems by deciphering her stories which have been thought to be nonsense up until now.  They realize she shouldn’t try to speak the truth directly, but she should speak around the truth.  Her stories are fairy tales from the perspective of the fairy.

Our secondary characters and their manipulations of the situations around them have been controlling the direction of the events.