Killjoys: Ep. 5 Review, A Glitch in the System – Space Rats!

This is why I love this show. The mysteries keep expanding, and they’re so different! A child raised as a reluctant assassin. A soldier with a secret, even to himself. And now this? Red 17? I ask you, WTH?!?

Nanites and nano-technology have been a staple of science fiction for quite a while, but as they’re used in Killjoys – as part of “enhanced interrogation” by an unseen, computer controlled system asking questions that baffle everyone – they’re new and very very scary. They cause terrible injury and then as quickly repair the victim’s body. Resist, and there’s no controlling the pain; provide the information asked for, and the wound is healed. But D’Avin gets caught in this psychotic, mindless torture, and it brings out of him the only part of his secret that he can remember – that on his last mission, for some unknown and unremembered reason, he killed his entire squad.

Life seems normal. D’Avin has blown off a therapy session with Pawter Sims, when the crew finds what they believe to be an abandoned cargo freighter, and enters it to salvage whatever may be left. Lucy obviously has her favorite, despite, Johnny’s protest – “Lucy’s a system computer. She doesn’t have favorites.” “Right again, Johnny,” Lucy replies. (Sounds like what I would say to my kids when they would ask who was their favorite…) Johnny and D’Avin seem to be getting along a little better – the big brother/little brother dynamics are right in place (Space Rats!!!). D’Av is excited to get on board the abandoned ship and check it out – “Who wouldn’t want to do this job?” 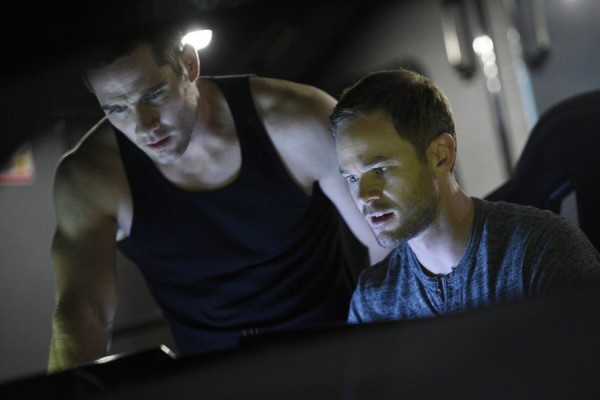 But very quickly, something is wrong. A strange figure is following them. The music Johnny has set up to indicate that the comms are working is suddenly skipping, and he can’t find a planet of origin on the transponder. Dutch finds a wall with hundreds of personnel records pinned to it, marked “Liar” and “Terminated.” Blood marks decorate the wall as well. Lucy has detected a contamination that puts her into quarantine mode and makes her retract the bridge connecting the two ships, cutting them off from safety. They find a wounded man named Hogan, who tells them that he was a scavenger like they are, but got stranded a couple of years back. Dutch chases the man she saw earlier, who gets to the airlock and closes, bites his finger until it bleeds, then writes “17” on the glass in front of Dutch, before hurtling himself out into space. The ship’s computer denies Johnny access, and he and Dutch figure out that this was no cargo ship – it was an Imperial military ship. 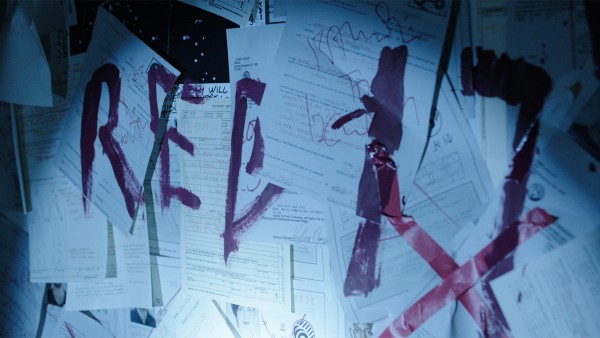 Something very weird is going on here. All of this leads up to creepy – if it were a horror movie, we’d all be yelling “Get out of there now!” But they can’t. Johnny finds videos showing a ship’s doctor talking about a new “procedure” – and sees a much younger Hogan in the background of the video. But the old man is able to overcome D’Avin, and pulls him to what are, in reality, bloodied glass cells. A voice tells him to “prepare for interrogation” – and a strange cloud pours itself into our guy. “Prisoner 248A, what is your name, rank and serial number?” Of course, D’Av doesn’t answer, and the computer says, “Commencing persuasion, dominant forearm.” They couldn’t just have asked nicely? D’Av figures out quickly that this ship is a black ops ship, and the voice demands that he detail his last mission – the one he can’t remember. But under the torture, spitting up blood, as Johnny and Dutch watch on a monitor, he recalls that he killed his squad, but he doesn’t know why. This is the secret he’s been carrying all this time – and it’s a big one. But the computer has one more question – “What is your connection to Red 17?” This is something that nobody else on the videos has been able to answer either – what is Red 17? 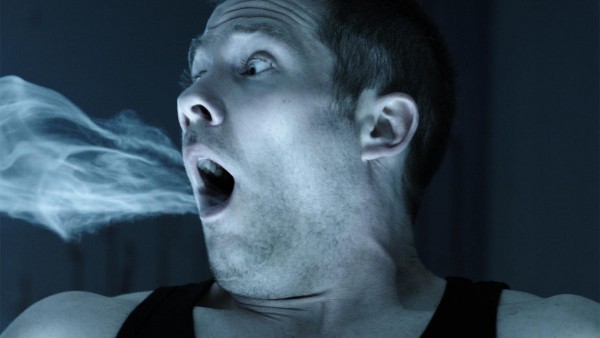 The doctor on the video says that program uses the nanites for the “persuasion” and there’s no way to stop it, before she shoots herself on camera. If the nanites break  down and then repair bodies. They figure out that the man who went out the airlock wasn’t trying to steal Lucy – he just wanted the torture cycle to end. And Dutch finds Johnny, then allows the nanites to get into her so she can save Dutch. She has a plan to get him out of there – “You don’t know what I’ve seen, old man, or what I know. I also know that whatever happened then, he’s on my crew, he’s my partner. I know you’re nothing. Just like the program running this whole thing now. Busted. Broken. Just a glitch in the system.” And she uses a directional charge to break out of the cell and blow Hogan up – then runs for the airlock and spaces herself, relying on the nanites to repair all the damage that being unprotected in space will cause. 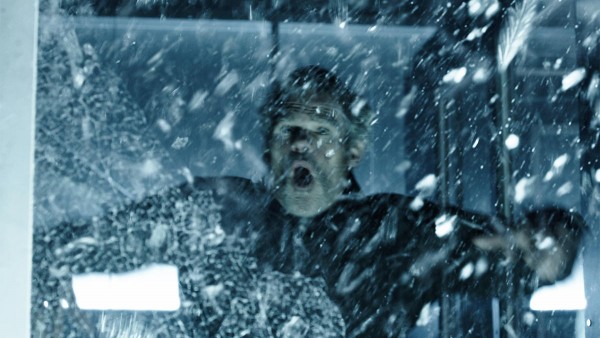 She makes it to Lucy, who won’t let her in – until Dutch tells her that Johnny’s in trouble. “No favorites, my ass,” she mutters. They blow up the ship behind them. And she’s able to set Lucy up to remove the nanites, so they’re safe for the moment (if you get  chance, go to the Killjoys site and read the captions for the episode photos – the caption writer says they “decontaminate sexily… fun!). With D’Avin’s confession, the brothers start to reconcile – Johnny wants to help, D’Avin may be ready to accept that help. I hope so! You have to rely on your family, and Johnny wants to help fix whatever’s wrong. Johnny’s the only one without big secrets – he’s the level-headed, balanced one of the group. And you need one of those in any group.

D’Av finally gets to that therapy session – he’s made one breakthrough, but how much will he be able to actually remember? His brain shows deliberate tampering, with implants of neuro-dampening memory blockers. Could this be the work of the Dr. Jaeger he’s been chasing? He’s got the name in his brain for some reason – is she a friend or an enemy? Is she related to the frightening Red 17? And while Dutch may not be quite safe from D’Avin’s lingering gazes, his attention is definitely turned toward Pawter – therapy on more than one level! It’s interesting to see that underwear hasn’t changed much! 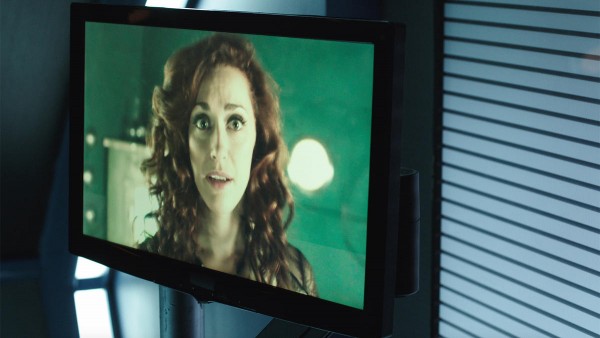 And our final mystery of the night – Khlyen isn’t done with Dutch, not by a long shot. You didn’t think he’d let Dutch getting away with letting Khlyen’s target get away, did you? “Why are you in my ship, in my head, everywhere?” she asks him when he appears in her cabin. He’s a definitely scary dude, and Dutch’s past is catching up with her. She’s promised Johnny that there will be no more secrets between them, but will she confess her past to her partners?

Another thing I love about this show – the friendliness of the cast. If you’re on Twitter, be sure to follow the supporting characters of the cast as well as the main actors, and Tweet along with us every Friday night! Look for Nora McLellan (@McLellanNora), who plays broker Bellus Haardy; Thom Allison (@ThomAllison), bartender Pree; Tamsen McDonough (@RedTamsen), the voice of Lucy; and Sean Baek (@SeanBaekTO), fellow Killjoy Fancy Lee. Along with Aaron Ashmore (@AaronRAshmore) and Hannah John-Kamen (@hannahJK1) (Luke MacFarlane is not on Twitter,  sorry!), you’ll have a great time!