Continuing my adventures in the Outlander pressroom at San Diego ComicCon this year! It was terrific to have the chance to chat with Caitriona Balfe about her role as Claire, the upcoming season, the challenges of working in the fabulous costumes, and the new cast members that will join them this year.

To start, I asked Caitriona about how Outlander has affected her career.

A I’ve been like, “well, I’m kind of busy right now,” It’s been fantastic, of course. It’s opened so many doors for me. I was very lucky, I got to do a great film during the hiatus (Money Monster with George Clooney) , and hopefully during the next hiatus, I’ll get to do something else as well. But you know, we shoot for a very long time, and it’s limited time in between. As an actor, you first and foremost just want to work. And then to be able to get a job that you love is amazing, and that people respond to, and they like, I couldn’t be happier or more grateful.

Questions from the other reporters at the table:

Q Claire is going to have an interesting journey this season. Are you looking forward to taking this path with her?

A I think Claire is one who’s very reactionary, being thrust into this new world and having one event after another sort of happen to her. There wasn’t so much time for contemplation, or life was kind of thrust upon her rather than her figuring out what she wanted, and I think that Season 2 is very different. First of all, they make this decision to try and change the course of history, and I think the pregnancy has a lot to do with that, and trying to lift Jamie out of some of the effects of last season, and give him a mission, something to strive to do. You see her trying to create a world that she wants to live in, and there are some incredible story lines and parts coming up. I’m really excited .

Q Claire had a relatively unstructured upbringing with her uncle and the traveling. She had to adapt to 18th century Scotland. How does Claire feel about and handle all the rules of the French court and the etiquette that comes with that?

A It’s a huge adjustment for her. And in a way, she’s had much more freedom in 18th century Scotland than she does when she first lands in Paris, and I think… finding her place in a very patriarchal society when the role of women is very restricted is tough for her. It’s not where she’s most comfortable. What I love is that she manages to find an outlet for her independence, for her professionalism, she meets Master Raymond, Mother Hildegarde, which are two great characters that are coming in, played wonderfully by Dominique Pinon and Frances DeLaTour, It’s tough. I think both her and Jamie struggle in the beginning. They’re very much in a place where it’s not their comfort zone. But they have to use their intelligence and their smarts to figure out a way to navigate this new place. It’s interesting to see them inhabit a new world and how that affects them. 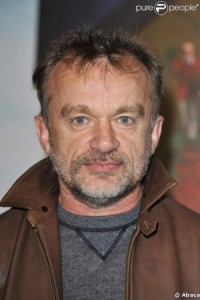 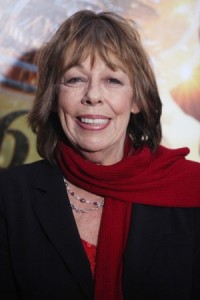 Q For people who aren’t familiar with the book, can you tease a little bit about what they can expect?

A The second season you see Claire and Jamie arrive in France. They make the decision to change the course of history and they want to stop the Jacobite rising. Claire is also pregnant, so a lot of it is dealing with the political intrigue, but also dealing in private with her own pregnancy, and the insecurities that that brings up, and the fear that that brings up. She lost her parents when she was five, and so she didn’t really have this mother role model that she can look back to or go to for guidance. It’s a real time of uncertainty for both of them. And then towards the second half of the season you will see them return to Scotland, so in a way it’s a season of two halves again. It will be visually very different in the beginning.

Q How is it working with Dominique Pinon as Master Raymond, because that’s very much a counterpart to Claire in France.

A Very much so. I liken it to when she first met Geillis. It’s again this person that she has a like-minded interest in herbs and healing. It’s the first friend she makes in Paris. He is an absolute joy. I am a big fan of his work anyway from before and when I heard they cast him, I was kind of excited. I was like, “we got Dominique Pinon!” He’s just a joy to work with, he’s bigger than life, he’s a real unique, fantastic character, and he plays him so brilliantly.

Q Can you talk a little bit about the evolution of Jamie and Claire’s relationship and how she approaches it now?

A Well, when we meet them at the top of the season, he’s still struggling with what happened at the end of last season, we really wanted this to be a continuation – it’s not a reset. You see two people who are still very much affected by everything that’s happened, and I think Claire really has to put aside some of her own issues at the moment to help him get past what’s happened and heal. And part of that is giving him a mission, and giving him something to focus on that’s not looking back on what had happened. They’re going through a very uncertain time. They’re struggling with their own issues and maybe privately there’s a bit of a gulf between them. But ultimately they’re there for each other and they’re working to try and help each other. You see continuously, as with anything in life, adversity, and getting past adversity, will make you stronger and I think that’s the beautiful thing about this. 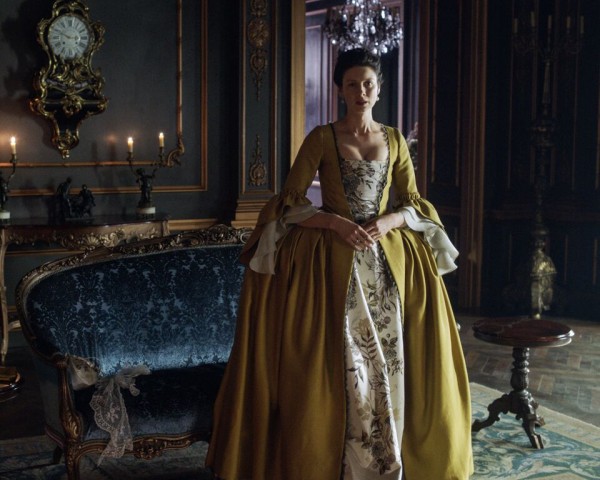 Q How do those incredible costumes help you get in character?

A It does. It changes everything. The minute you put on a corset, it changes how you sit, how you breathe, how you feel, and Claire’s discomfort in this new world, and in all of this finery, it mirrors what you’re going through. The costumes are so beautiful, and it just makes you feel like you’re in a different place. Whereas before… I love a pocket, and that was the one thing from the ‘40s, I was like, Claire loves her pockets. So in the 18th century, women had pockets in their skirts, and there were a lot of pockets so you could punch around the fields and all that. There is none of that in this – pristine satins and silks, and I mean, it’s the most exquisite stuff. But it’s very different, you have to carry yourself very differently and it really does inform it all.

Q Do you rehearse in the costumes?

A This year, because it takes so long to get dressed, I usually get half-ready for rehearsal, and we’ll block the scene and do rehearsal, so I’ll usually just have the underwear, as they call it, but that’s already three layers – the corset, bumroll, the cage, if there is a cage, because you have to rehearse with the dimensions. Because that’s also a big thing, you know, they can’t really move –they’re like, just stand together, and I’m like, I’m this wide. It does affect things.

See the rest of our Outlander ComicCon Coverage:

In the Pressroom with Sam Heughan