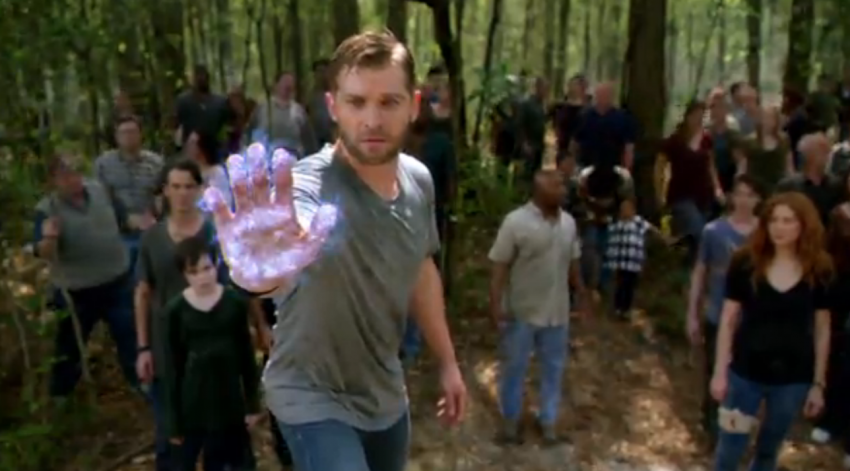 By: Alyson Bailey
CBS cocoon egg Stephen King The Ramones Under the Dome

They are still under the dome!  I think the egg is from another planet and that maybe the aliens from that planet are going to invade by taking over people’s bodies…What do you think?

The poor citizens of Chester’s Mill, they can’t get a break.  The episode opens showing the people climbing out of the hole, wet and slimy from the cocoon goop and looking very confused.  Dale reaches out to see if the dome is still there, and it is.  They are devastated.  Throughout the episode we see how most of the main characters are dealing with the disappointment of finding themselves still under the dome.

Junior is really upset.  He was free of Big Jim’s tyranny in the altered version of Chester’s Mill.  At least he is finally standing up to Big Jim, unfortunately he needed to burn down the house to find the strength and wherewithal to do it. 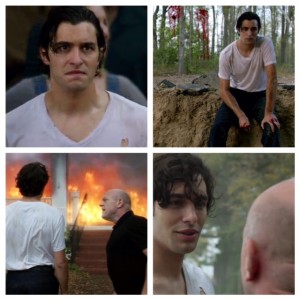 Norrie seems to have lost her connection with Joe.  She liked being in a sorority and feeling like she belonged somewhere.

Joe didn’t change much while in the cocoon, he seems to be able to see the strange changes going on.

Dale is trying to figure out who he loves.  While he was in the cocoon, it felt like a year had gone by, and he was falling for Ava.

Julia knows that something is very wrong and wants to find Melanie to ask her.  She is also feeling confused and hurt by Dale’s ambivalence.

Big Jim is very suspicious of everyone.  No surprise there.  He also knows that nothing is really as it should be.   He has a cute little dog following him around. And he begins spying on Christine and Ava, he knows they don’t belong and wants to know why they are there.

It’s like bits of the experiences from their time in the cocoons is staying with the people of Chester’s Mill.  But there’s definitely more going on here.  Christine and Ava seem to be working together to accomplish some strange goal that is as yet unclear to us.  It seems to me that they are trying to get the town to behave and think as one.  At one point we see them down in the tunnels and Christine is referring to her cocoon as the queen cocoon.  Weird.  At another time she tells Ava to find something that will expose everything about them.  Big Jim was spying on them and decided to follow Ava, she dug a camera out from a hole in the ground out in the woods.  He follows her to the hotel room and steals it when she leaves.  When he looks at what is on the camera, he is pretty freaked out.  That egg did something very strange to Christine!  That sure looks like an alien hand. 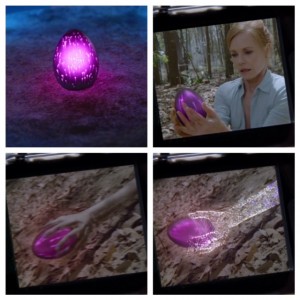 Big Jim decides he is going to go out on his own, he takes a bunch of supplies including the stolen camera and gets on a boat to leave.  I can say here with certainty and not a bit of surprise, that I agree with him.  There is little he has done that I agree with, but I think I would also find a way to get away from all the insanity.  He isn’t all alone though, the dog sticks with him.  Is the dog helping him? Or is the dog somehow keeping track of him for the dome/egg/aliens/Christine? 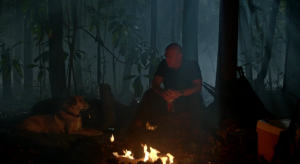 The episode ended in a very intense and dramatic way.  Melanie had been trying to kill Julia, Christine came up behind Melanie and stabbed her, apparently to save Julia.  Later we find out that Christine was using Melanie’s blood to call the people of Chester’s Mill to her.  She rubbed the knife over her crystal, next we see out the window the people looking hypnotized and all together looking up at the full moon, Christine looks happy and a bit evil while she looks down at the town gathered in front of her house. 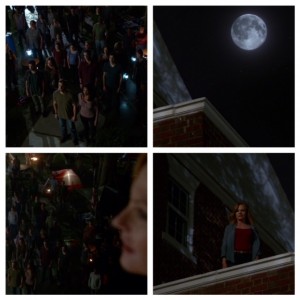 This leaves me with a definite anxious feeling for the people of Chester’s Mill.

There was one moment that was definitely not an anxious one, maybe it’s because of my age, but I loved seeing the NYC Punk mixtape and then hearing The Ramones singing Do You Wanna Dance!  That was fun!