Emotions are heightened.
Christine is losing control.
The amethysts are beginning to die, the energy supply is beginning to fail after Big Jim destroyed the egg which compromised the power source.  The amniotic fluid (oxytocin/goo) is drying up, and the dome will calcify. Christine is getting desperate which will make her more dangerous and she will make more mistakes.

In the first scene we see Christine and Junior getting intimate down in the caverns, she is smearing the goo on his face and making sure that he will do everything she says without question.  He tells her that he knows how to take orders, well of course he does, his father trained him well to follow blindly and not think for himself.  They look into the amethysts and see just one alien reflection, she tells him that they are the same now.  Creepy!

Because Junior removed the load bearing column in the town hall, the ceiling has collapsed.  Pete points this out and is very angry. Barbie is there and tries to make peace and work with him.  For a while they bond over their experiences in Afghanistan, but soon Christine has found a way to pit them against each other.  There is not enough goo to keep everyone in line so she needs to get rid of some of the people and she is manipulating the people she has decided are unnecessary.  Sort of reminiscent of last season when they were running out of food and Big Jim decided that he had the authority to decide who lived and who died. 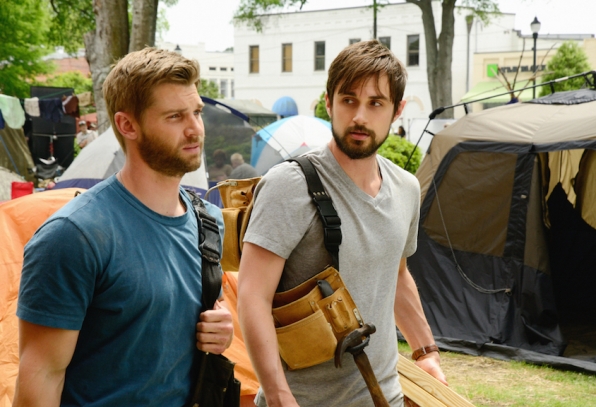 Norrie and Joe make a pact to keep each other from turning into “freaks with glazed eyes”.  I like seeing them together again.  Hunter is trying to pull Norrie back into the “kinship”.  He finds Norrie and Joe on a roof working together to make the solar panels work. Hunter climbs up to get Norrie, she resists and he falls off the roof.  When they bring him to the town hall he says that she pushed him, everyone surrounds Norrie and Joe, keeping them from leaving.  They are definitely acting like the “pod people”. 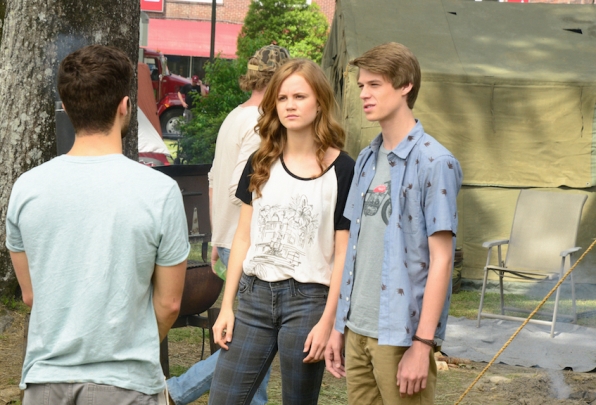 While all this drama happens with the people of Chester’s Mill, Big Jim and Julia have teamed together to try to find out what Aktaion Energy is up to.  Big Jim discovers that the camera has been taken from his hiding spot, he creates a diversion so that Julia can get into the house on Bird Island where the Aktaion people are working.  She gets in, finds the camera and begins downloading the files. There is one called “Alaska”.  She gets caught but Big Jim arrives just in time.  Julia asks the “doctor” what happened in Alaska. He tells her that fragments of an egg were found in a meteoric crater.  Electrical charges were coming off of it and the heat signature was very different from anything that had ever been seen.  It is a clean energy and not radioactive, an exciting option for an energy source.  Everyone who touched the egg pieces began following their leader blindly, their bodies were found to be teaming with a salve not found on earth.  We now know that it’s the oxytocin goo.

We find out that the egg puts a life force inside the people, changing them cell by cell.

Christine seems to have a plan to bring Barbie and Eva together, she says that the baby they make will replace her.  What?!

Big Jim and Julia make a deal with the “doctor” and Julia leaves to bring Christine back so that they can begin to test a potential cure on her.  While she is gone, the “doctor” tricks Big Jim into another room and traps him in a cage.  They have Indie, his dog, and use the dog to get Big Jim to tell them what they want.  We see a soft side of Big Jim with the dog, he will do anything to keep the dog from being killed or hurt.  We find out that they are going to use Big Jim as the control in the experiment they are planning to use Christine for.

Things do not look good for Big Jim! 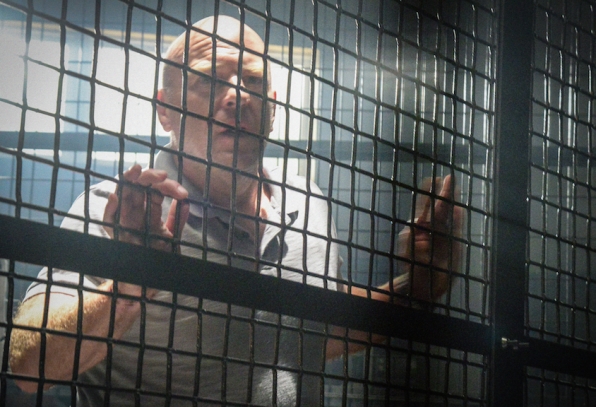 Preview of the next episode “Caged”