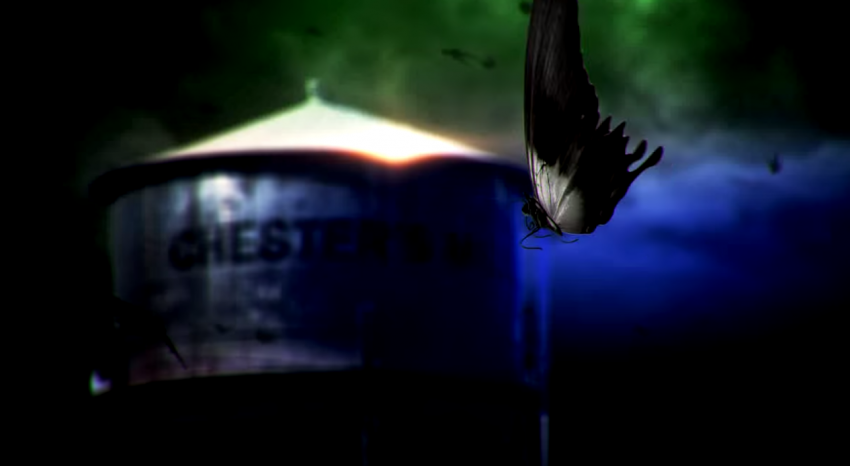 By: Alyson Bailey
CBS Stephen King Under the Dome

The people of Chester’s Mill are now dealing with their “most dangerous adversary, the enemy within”.  They are being controlled and manipulated by Christine who seems to have been taken over by the alien or creature from the egg.

Big Jim is now off on the island watching what he can through binoculars.  He has hidden the camera that shows what happened to Christine when she touched the egg.  He then gets grabbed and dragged off by men wearing all black, looking like commandos. When he wakes up again he is tied to a chair in a room that looks like a clean room, the people who come through the protective plastic are dressed in protective suits and masks.  Where is this room?  Is this under the  dome?  If so, how did these people get under the dome and how did they get there? 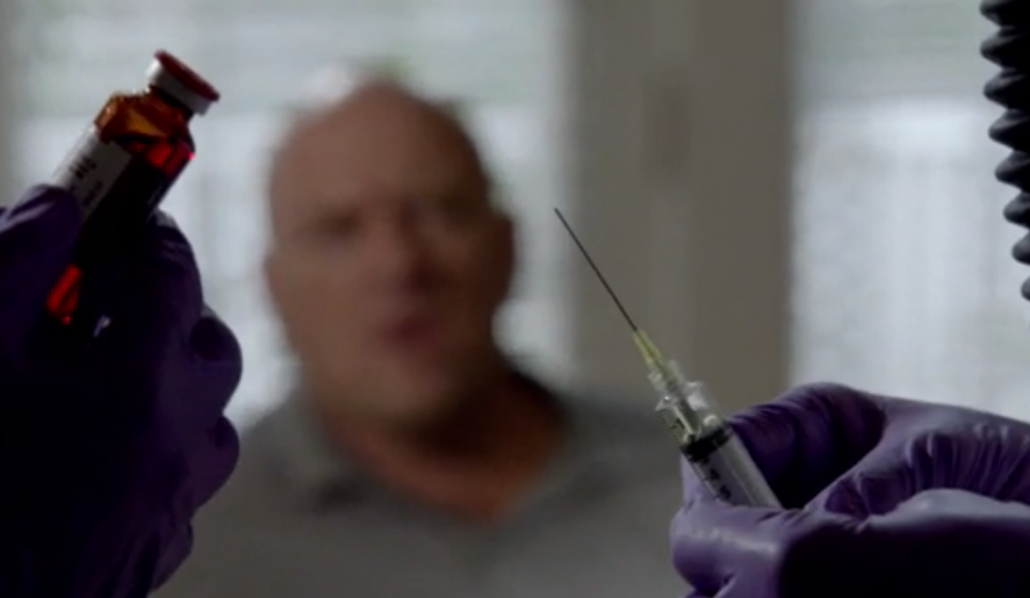 They seem to have done some tests on him and whatever they thought they’d find was negative, so they remove the containment suits and it is Malick from Aktaion Energy, the company that Dale’s father ran.  He is the same person who Big Jim tried to make a deal with before.  They are threatening to torture Big Jim so that he will tell them where the egg is.  He seems to quickly agree to work with them.  When they cut the ties off his wrists and ankles, Big Jim attacks Malick and of course Big Jim prevails and overpowers him.  This fight scene is sadly very badly done.  The actors appear to be waiting for the next move, you can almost see them thinking what to do next.  It was frustrating to watch.  The “boss” does not seem to care about Malick’s life, he just shoots him to get him out of the way. This is pretty shocking to Big Jim who reminds them that they need him alive and escapes.

Christine is working the cougar angle seducing Junior and looking as though she will do the same with Joe.  What other young men will she seduce and manipulate?

Food continues to be an issue and Eva reminds Dale and Christine that she worked as an aid worker in the matrix world, so she offers to go look for alternate food sources.  Dale goes with her.  This is upsetting to Julia.  Christine is going to try to expound on this issue and says that once Barbie is fully bonded with Eva, there won’t be any reason for Julia to exist!  Watch your back Julia!!  At the same time, Joe heads out to find something he can help with.  He finds old solar panels and hopes he can make them work.  Julia finds him by the solar panels and sees the logo on the panel, it is exactly the same as the logo on the id badge that Christine said was her badge, which was found in the tunnels.  This revelation that Christine has some connection with Aktaion is very disturbing.  Julia realizes that she needs to disappear like Big Jim did and heads out in a row boat and ends up saving him from the Aktaion goons. 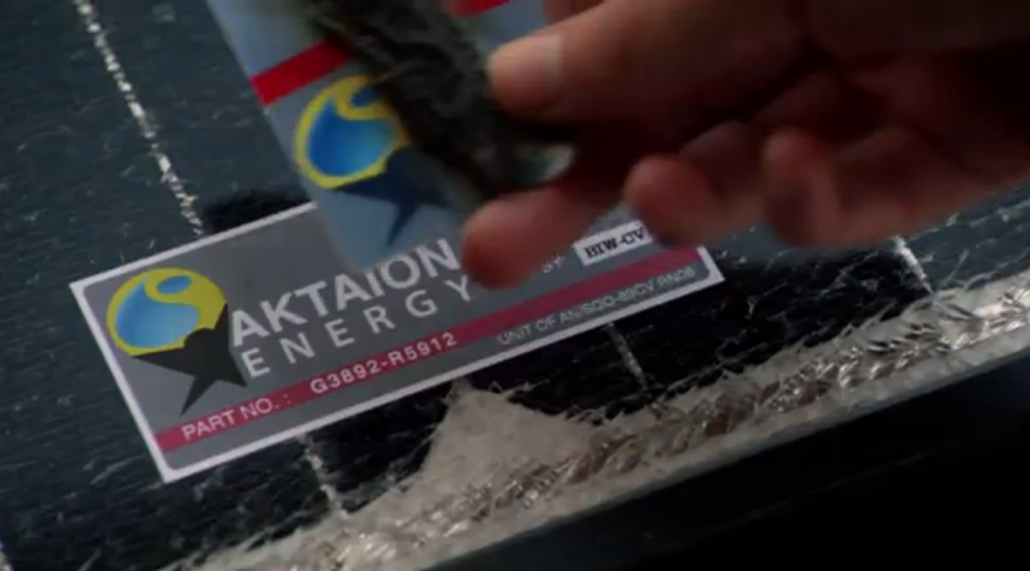 Julia has some very stressful moments in the hotel room with Dale.  Dale is extra distant and his eyes look as though he is in some sort of trance, the same trance that took over the town the night before when they were gazing at the moon.  Everyone was up all night and they don’t seem to realize what they were doing or why they were doing it.  Joe is still suspicious and this is not something that Christine wants.  Joe is feeling betrayed by Norrie and her make-out sessions with Hunter.  He misses the old angry Norrie.  By the end of the episode Norrie is back to her old self being grumpy with everyone.

We last see Christine leading her “star pupil”, Junior down to the tunnels to where the cocoons were.  As she is climbing over him she looks up into the purple crystal and we see the glittering image of the alien. 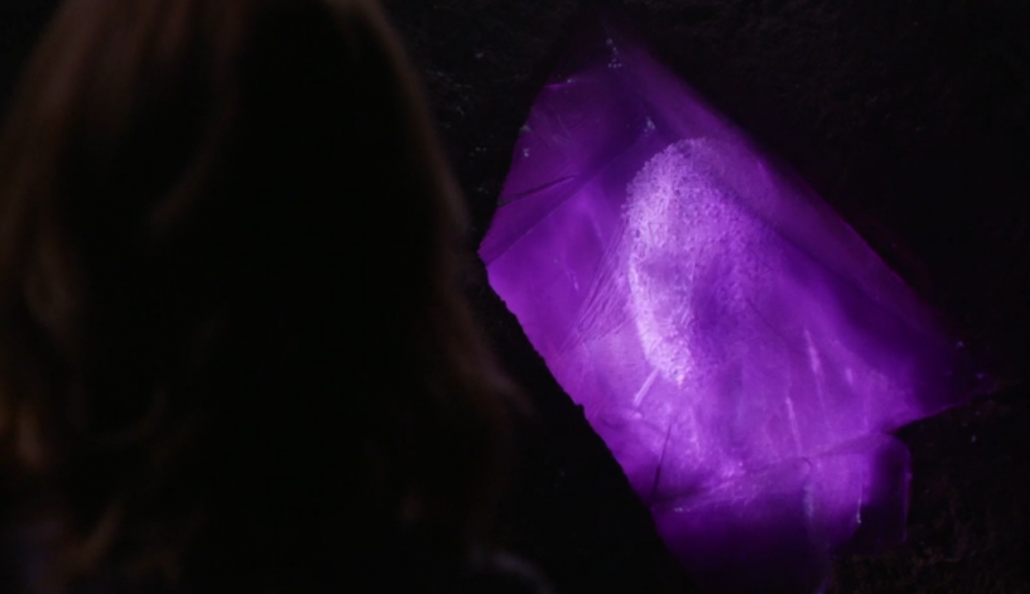 The story continues on its twists and turns keeping the viewers on their toes trying to understand the dome and where its from and what it is doing there.