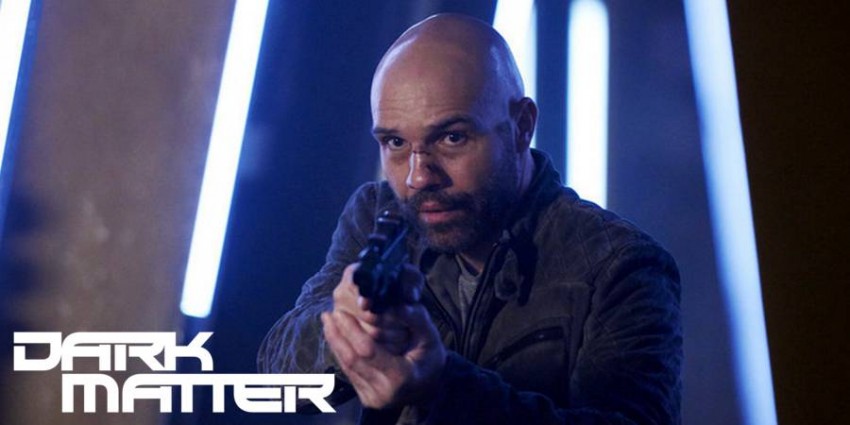 Dark Matter Episode 11 Preview – Not Without A Fight

Who’s dying for Friday to get here?  Dark Matter left us with a real shocker at the close of episode 10 when Wexler spaced Two just to prove he’s a jerk.  Because of the bounty on their heads, she was valuable to him, but he chose to kill her anyway.  My guess is he’s going to live to regret it.  And it won’t be a long wait.

With Android fried and Two shot into space, the Raza crew may be down by 2, but they’re not out by any stretch of the imagination.  Just listen to Three.  He’s vowing to kill them all, a sentiment I’m sure is shared by his shipmates and one they’re going to act on in very effective ways.  Even though the odds get stacked against our gang when some security-type dudes with guns board the ship, they don’t blink, they just kick ass.

There are a lot of quick shots in the preview, but one in particular that was pretty interesting.  I’ve got a picture for you just below the video, and a bonus one because Five.

With the team trapped and Two dead, Five must save the day. But all actions have consequences.

At about the 9 second mark, we get a super quick strobe-like peek at a very frozen, or at least strange looking, Two lying on the floor in the Raza.  If you watch closely, it looks like she moved her head!  Go back and watch again, either it’s a trick of the light (that strobe effect makes it tough to get a good look) or she moved.  Something really different is happening. 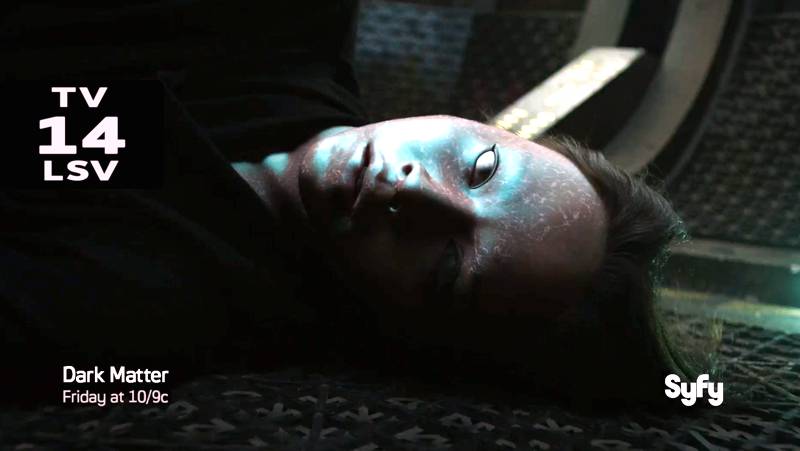 Even Five is fighting back in a way that’s more fitting of Three … with a gun!  Desperate times and all that, right? 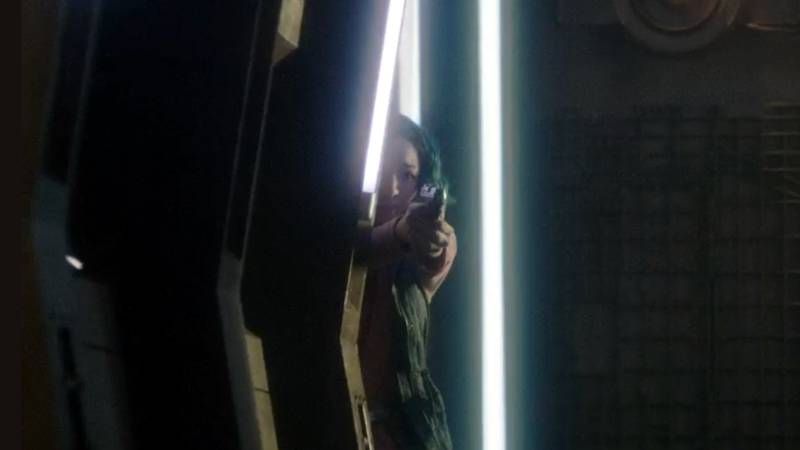 Even FIVE is drawing guns. It’s time for everyone to get into the fight. (Image courtesy Prodigy Pictures/Syfy)