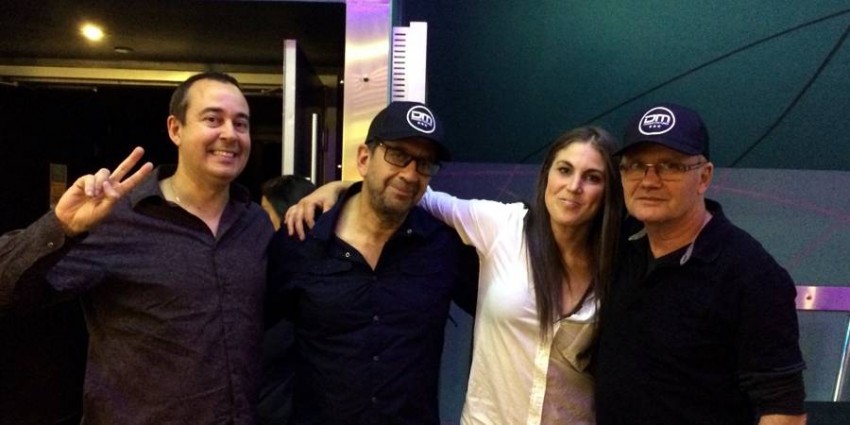 If you visit our site at all it’s probably comes as no surprise that I’m crazy for Dark Matter.  I love the show for many reasons, one of them being the accessibility of the cast and crew.  Creator, showrunner, and consumer of weird (his word, not mine) foods, Joseph Mallozzi is probably one of the most accessible and interactive people in entertainment ever.  He’s unbelievably active on social media and has been blogging for so long and so consistently, I’m pretty sure he started before computers were a consumer item.  You can find out more than you thought existed about Dark Matter, Stargate, and events in Joe’s life by visiting Joseph Mallozzi’s Weblog where you’ll find, I believe, over three and a half thousand entries!

While I’m almost constantly asking him about the show, when I was offered the chance for an interview, I jumped at it.  Joe answers some questions about the rest of this season and talks about plans for season 2, but let me be clear that at the time of this writing Dark Matter had not been officially renewed for a second season.  I just don’t want anyone booking a Transfer Transit trip until we know if we’re going for a second round. 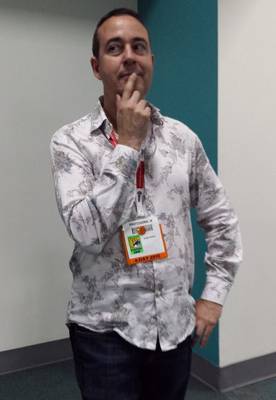 TIBS: Are the mega corps going to become a more frequent factor in the larger story?

JM: That they will.  Their respective rivalries are growing and a shocking event at the end of Episode 11 will spark a much broader, open conflict.

TIBS: Will we know what the stolen mystery device and Five’s stolen keycard are by the end of season one?

JM: Not at the end of this season, but it will form a huge part of the season 2 arc – in typically Dark Matter-esque surprising fashion.

TIBS: Will Android get a name or is she always going to be known as “Android”?

JM: For now, she’ll remain the Android.  But that may change given what we have planned for her in season 2.

TIBS: Android’s turning out to be a very human character. She’s recently learned about lying, and used it like a pro. Is she going to consider it less of a negative trait and more of a useful tool? You know, something she’d use again without guilt?

JM: She’s already there as evidenced by her response to the default Android (aka Redroid).

TIBS: If Android created HoloDroid from her default settings, couldn’t the duplicate also begin to exhibit human traits after a while? I guess it’s far less likely since the only one she’s able to interact with is Android, but if she was designed from the ground up to have emotions, then HoloDroid should possess the same potential.

JM: Presumably yes if it was a hardware issue.  If it’s a software issue, then it’s an issue specific to our Android.  And we’ll learn which soon enough.

TIBS: The truth about Two – will we learn the “what and why” she’s kept it from the others for so long?

JM: Yes, we’ll be learning the what and why’s of TWO very soon.  As for why she’s kept it from the others – one can assume that she made a command decision she deemed best for the crew: they didn’t need to know and knowing would actually hurt rather than hinder shipboard dynamics.

TIBS: She recognized a particle accelerator just by the size and shape of one of the space stations segments. More on this coming soon I hope?

JM: Rather than give too much away, I’m just going to answer “Yes” to this one.

TIBS: Does everything tie into one, huge web of mystery with a surprise center?

JM: Well, the mystery at the heart of season one ties up in surprising fashion.  We finally find out who wiped their memories.  And, like I told the cast in the lead-up to Episode 13…maybe the individual who wiped your memories isn’t the one you should be worried about…