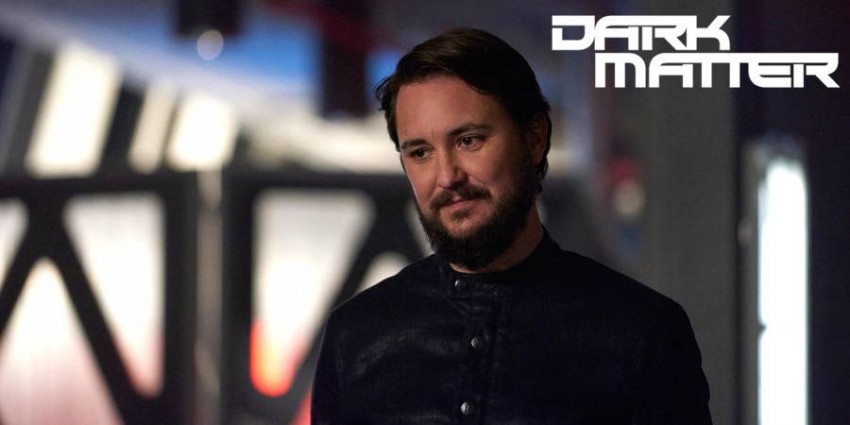 It’s been a scifi staple since before Kirk and the gang transported into an alternate universe in Mirror, Mirror (ST:TOS Season 2, Episode 4), and it’s a good one.  What am I talking about?  Why, the Evil Beard of Evil, of course! Spock rocked his back in that episode, Ming the Merciless has sported one since the 1930s, and now Wil Wheaton’s rocking a full-on beard to play Alexander Rook in the Dark Matter finale.

Normally, Wil Wheaton’s a really nice guy.  He’s one of us.  He’s a geek, he’s a fan, and he just happens to be a damned fine actor to boot.  Nothing can turn such a decent fellow into an evildoer faster than an Evil Beard of Evil.  And, of course, seriously good acting chops.  But the beard really helps.  It gives him something to stroke while he plots his next evil move.

In this sneak peek, the usually agreeable Mr. Wheaton is anything but.  He has taken out Two and calmly threatens to “hurt” the rest of the Raza crew while his henchmen have them all at gunpoint.  It’s that damned beard, I tell ya.  If he were to shave, it’d be the scifi equivalent of eating a Snickers bar.  He’d be as nice as can be and by now they’d all be enjoying afternoon tea and a good laugh at what might’ve happened.

But, no!  Instead, Wheaton’s just had to grow that beard and do evil.  Looks fun, though.