New Delphi continues to be Dominion’s hotspot! Gabriel’s making a mess all over by pushing people off high catwalks; Alex kisses Noma; a hooded Michael stomps around all gloomy. “I had to leave, to protect you. From me,” he tells Alex when they meet up in the city. This week’s episode is split between New Delphi and Vega, and despite David Whele’s craziness, New Delphi is the far more interesting story.

Our poll in last week’s episode review showed that Mallory, and the mystery of the prophet, continues to be viewers’ favorite storyline. Since Michael left Mallory two episodes ago, we haven’t seen anything about this again – I hope we return and get some of the mysteries solved! My personal theory about Mallory is that the prophet is Raphael, Uriel’s twin sister, in another form, helping the humans the only way she can without an outright declaration against Gabriel, or an outright alliance with Michael. We still have several episodes left in this season – I don’t expect that Vaun is finished with Mallory!

Michael and Gabriel go on their Alex-rescue mission. Do you think they can really work together? Their goals are so far apart!  Julian suggests that he could help General Reisen with his health issues by turning him into a Dyad – how much success did he really think he’d have with that idea? “You’ve spent 25 years fighting the angels, but hey, I could turn you into one and make you feel a whole lot better.” Yeah, right!  Julian uses Reisen’s weakness to overpower him and escape, but not before asking Alex,

Have you ever wondered why Michael hasn’t just killed Gabriel yet? Michael could end this war right now if he wanted. But he won’t. They’re brothers, Alex. Twins. God created them out of darkness in the exact same moment. Can you imagine? Even a Dyad’s bond is nothing compared to theirs. 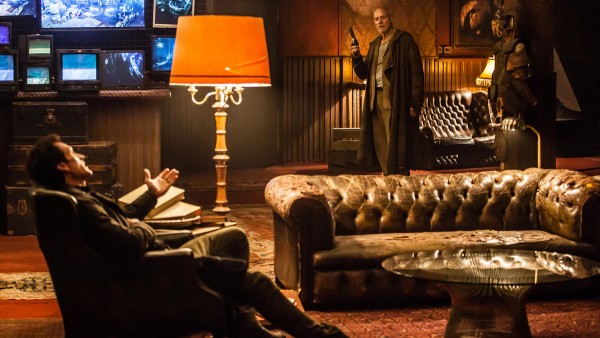 Julian urges Alex to set a trap – where Michael goes, Gabriel will follow. And if they kill Gabriel, the war ends. “I’ve waited thousands of years for this moment. I can’t live with myself if Gabriel gets away. Can you?” Of course, Alex has no idea why Julian really wants to kill Gabriel, but the “thousands of years” thing should be a tipoff that something isn’t quite right, that it’s personal and not just related to this recent conflict. Julian makes a lot of sense, but Alex’s loyalty to Michael – even though he turns away from him now – won’t allow him to kill the Archangel.

Michael continues to fight for Alex, after crippling Gabriel to keep him from destroying New Delphi before they can get Alex out. But Alex still doesn’t trust Michael – he chooses to go with Julian’s plan – entrap Michael and wait for Gabriel to come. That Empyrean steel barbed wire net looks incredibly painful. But it serves its purpose – attracting Gabriel to Michael’s side. Julian captures Gabriel, and then reveals himself to the archangels as Lyrae, the violent and psychopathic higher angel. and Michael, using the blade he had once given to Alex, frees himself and escapes. So Julian has Gabriel snared – it takes of those nasty barbed wire net and a couple of dead angels, but he’s down. For now. 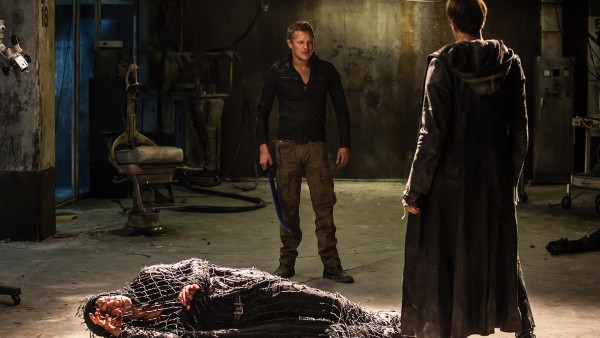 Claire offers a bounty for Zoe, an irresistible one for the suffering V1s. How has this huge divide come about over the last 25 year, and why is the pot boiling over now that Claire is in charge? Did the General have a better handle on the needs of the V1s? Or a bigger boot on their necks? At least according to Zoe, they have it out for Claire particularly. I can’t say that she’s one of my favorite Dominion characters, but I can’t imagine that she’s screwed Vega up so badly in just a few short months.

One of them tries to cash in, Jasper is shot, and David goes to try to negotiate a cease-fire. He gives away the contents of the crates Zoe is smuggling out – they’re filled with explosives – but Arika is an ice-cold negotiator, and tells David that the only way she’ll accept a cease-fire is if David can bring her that C4. Claire has a potential crisis with the baby, Arika brings in a doctor from Helena, who also happens to be her lover. Arika and Daria talk about Helena – things are worse than she knows, and they’re here to take Vega from Claire. Arika is an intriguing character – if ever there was someone you could say “liar, liar pants on fire” about, it would be Arika. 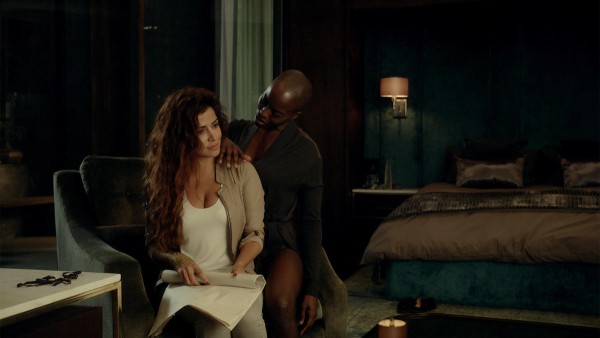 David and Jasper lace the tunnels with explosives, and urge Zoe to get the V1s out of the tunnels so they’re not blown up. Claire, Gates and Arika watch the explosions happen, as Jasper and David watch from the truck  “David Whele just started a civil war,” Claire says. And you can be sure David has his own survival and motives in mind – he’s not doing it for the V1s. 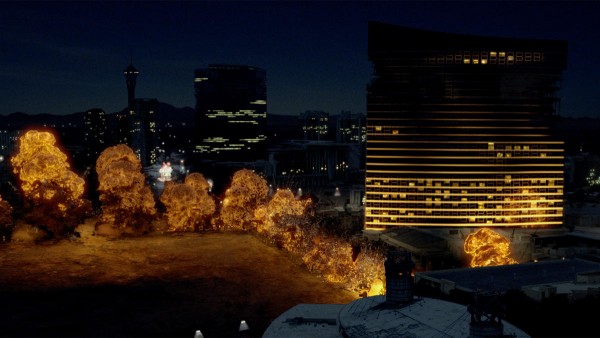 What did you think of the flashbacks to Michael and Alex’s past? Other than to highlight why Alex is conflicted about entrapping Michael, I’m not sure these did much for the story, but they were interesting. When did Alex and Vega know who Michael really was? From the beginning? “This world is filled with monsters far worse than those bullies, Alex. That blade I gave you – you must use it. We can’t wait for our fathers to return. We must fight our battles on our own.” But at the end of the episode, Alex realizes how important Michael really is to him – he won’t have to fight this battle on his own, if he can only find Michael again. 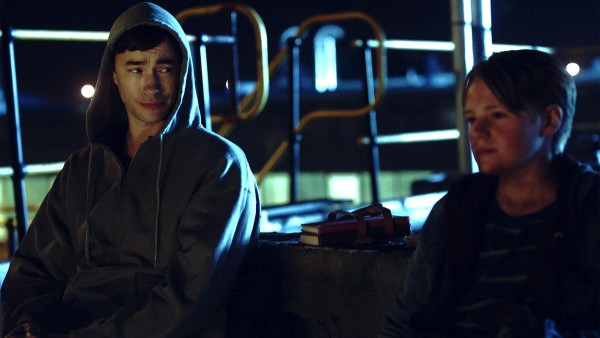