My favorite scene from last week’s episode of Dominion was the “beep beep” Alex and Noma shopping scene. And this episode started out with them trapped there, but looked a lot more like The Walking Dead than Dominion, didn’t it? Alex continues with the quips – “should have holed up in a gun store!” And… saved by Michael. I’m glad to see Michael and Alex reunited – they needed each other – but that made for a pretty abrupt ending to what could have been an interesting chainsaw massacre battle. Fortunately, the episode moved on from there, and got pretty serious pretty quick. 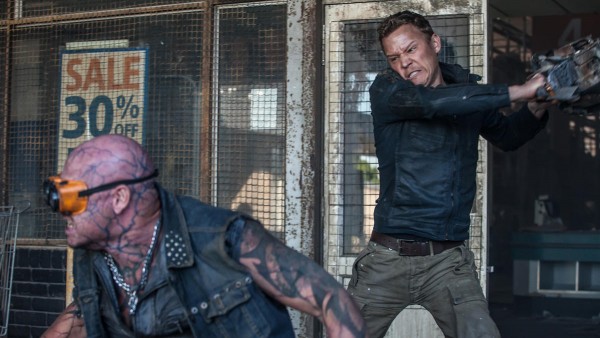 How many of you took bets that Gates wouldn’t last the season? He’s too smart to be kept around, at least in Arika’s view. She figures out that he’s figured her out, and not-so-subtly drops something in his water. And yes, Miss Treacherous Pants, he has figured you out – hearing her conversation with David Whele pretty much pegs her as a two-faced liar. Of course, he’s told Claire already, thus the tricky plans to “attack the armory.” We know she’ll just run off and tell David whatever she knows, since it furthers her own goals of taking over Vega, so she’s got to be discredited. And a false play will do the trick. Actually grabbing the agritowers while David and Zoe are set up for an armory battle was a great idea – minimal bloodshed, capturing Zoe, outing Arika – a win/win/win, at least for Claire. Not so much for the hapless, trodden-upon V1s. But David has once again proven himself to have no loyalty to anyone except himself, leaving Zoe – who would have had any idea he’d do otherwise? 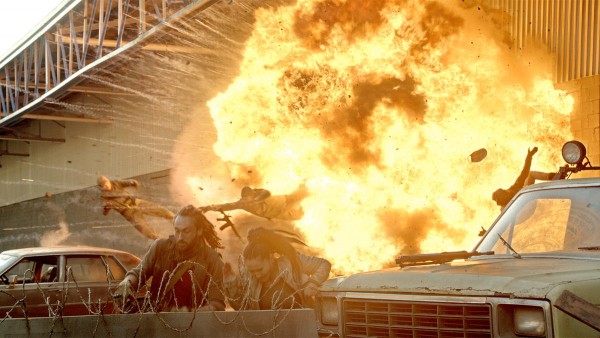 Speaking of false plays – apparently “General Riesen” has committed one of his own, but years and years ago. Didn’t see that one coming! On the original day of the angel attacks, he was a civilian auditor, but a student of military history, and a strategy buff. His name wasn’t really Riesen, and wife Clementine was one of the first to go, but this war was the catalyst for him becoming who he felt he was meant to be. I can’t even imagine how scary that day must have been – but he did what he could to survive and keep his daughter safe. And now, 25 years later, he has accomplished a lot in his assumed persona – does he deserve an extended life and a little more time with at least the spirit of his dead wife, or should he stick to the convictions he’s developed as leader of a survival city? Looks like he’s decided to take the deal Julian’s offered, become a dyad, and abandon Vega (even though Julian says that this way he’ll able to HELP Vega – ha ) – but like with everything Dominion, I’m not willing to say that this actually is what it looks like! 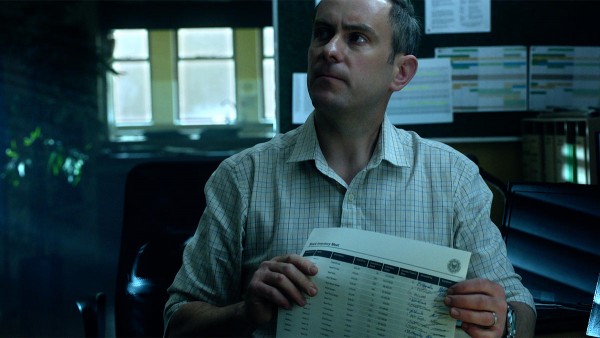 Julian’s not done with his tricky ways – having failed to break Gabriel and Michael with his giant cattle prod, he’s now doping Gabriel up and letting him – well, at least his mind – escape. So Fantasy Claire, Arika and Noma come to give Gabes a fantasy orgy – and convince him to give in to Julian. This was interesting – of all the hallucinations Julian could conjure for Gabriel, what gave him the idea that these three women, and whatever they could do to him, would be the right persuader? Sure, Gabriel is a hedonist, as it seems archangels tend to be once they’re given the chance (and again, I ask, what happened to our Christian morals? Angels aren’t required to have a code of conduct?), but this is all Julian thinks it will take to truly get into Gabriel’s head? Unless there’s a part 2 to this, I think our boy is a little stronger than that. But wait – maybe not! When he tries to possess poor little Pete, Pete is able to resist – Julian has trained these lower angels to resist, and now Gabriel may be susceptible to the powers of the amphora. Can he fight back? Sure, he’s been the bad guy all along, but now he’s been displaying some not-quite-awful tendencies, and we’re not ready for him to become Julian fodder! 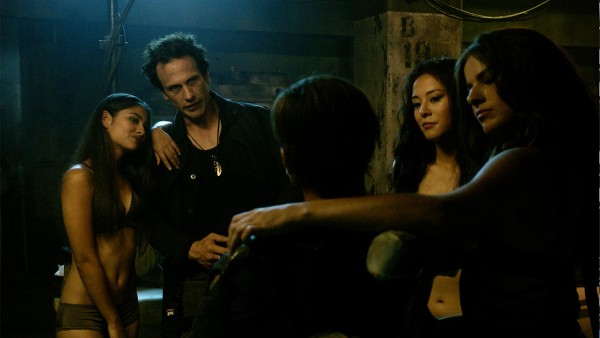 Noma, who honestly isn’t my favorite character in this show, is one of the few really acting like she should. She’s protecting her principal, she’s correctly deferential to her superior (Michael), provides intelligence as soon as the opportunity arises (about the odd guy who can set 8-balls on fire, and wants her to bring Alex “to the east” – can we assume this is Mallory’s prophet?), and struggles on despite her own serious injuries. What do you all think of Noma? Is she an interesting character? 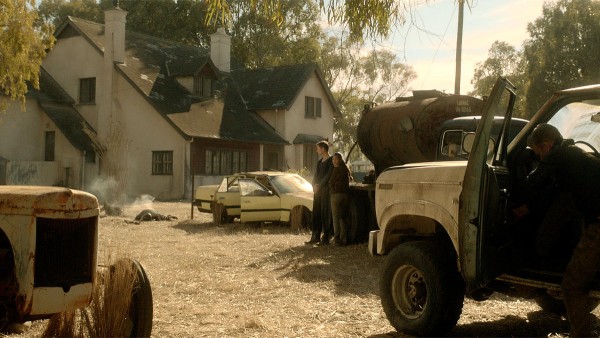 And here’s a truly interesting character, much more interesting than he really was last season – William Whele, in the flesh, has returned. He’s not the same Gabriel-loving acolyte he was – he’s a man you don’t want to mess with. I liked his David-hallucination persona, and I suspect that I’ll REALLY like this flesh and blood one, as he comes in from being abandoned in the desert. “I survived – no, I thrived. My first test came when I was captured. 8balls don’t make the best companions – unless you’re into insanity and an unending stream of sadism and cruelty. Burning, cutting, biting, torture – they fight constantly. More vicious than you can ever imagine.” What did he learn out there? Does he now believe that he, not Alex, is the Chosen One, as he seems to be saying by displaying the wounds and marks on his body? His preaching skills will come in handy, as he tells of the hand of God coming down, in a huge flash of light, to defend him. AND, does this mean that Claire is still legally married? OOOH! Stay tuned, boys and girls! 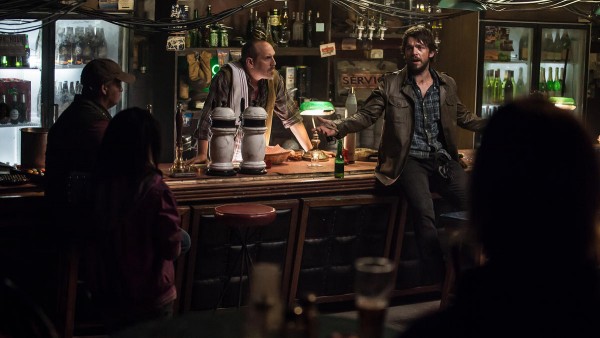 And here’s a little treat Dominion dropped on us today – a behind the scenes production video: