One thing is for sure in Dominion – you don’t know where it’s going. There’s really no precedent for this show. With sitcoms, you can often predict the punchline. A lot of story lines seem the same as other shows. With many dramas, the twists and turns aren’t always so twisty – they’re more like head turns that don’t go all the way around. But with Dominion, it’s impossible to predict where it will take you.

David Whele, for instance. In Season 1, he was ruthless and power hungry, but generally sane. This season, he has his dead son’s hallucination floating around, has been captured and tries to make deals with the lowest levels of Vega’s citizens, people he abhors (and why?). I’ll have to remember to ask Vaun the next time he does a Periscope Q&A (did you catch the one he did Thursday?), but do you think William is really dead? Just because David sees him, and with a hole in the back of his head, doesn’t mean he’s really dead! It really just means that David has gone bonkers, right? 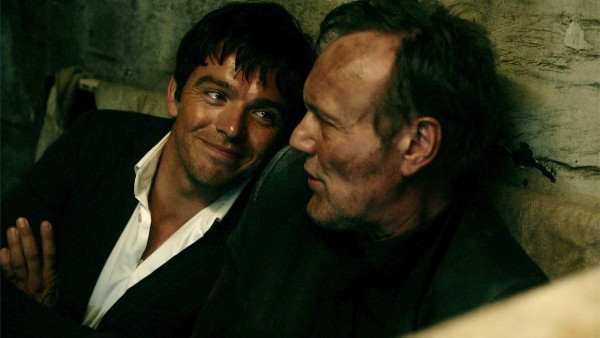 And frankly, I’m a little surprised at Claire. She’s now a widow – or is she? She’s pregnant with Alex’s child (although that hasn’t been mentioned, except by Alex, this entire season, and she sure doesn’t look pregnant), and she’s not objecting at all when Gates kisses her. She’s become quite ruthless – shooting the one guard in the leg, wandering around the city by herself, framing David (not that he didn’t deserve it). She’s come a long way, baby. And it’s pretty interesting. 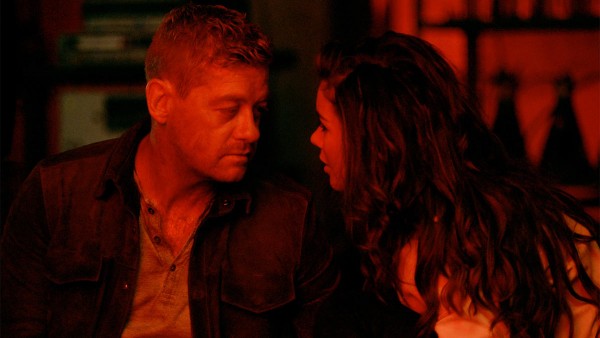 Speaking of not really dead – there’s a lot of that going around. Obviously, Michael isn’t really dead, after the events in Mallory the week before. Will that have repurcussions for Mallory? The fire relit, but we didn’t see the town this episode. We did see, though, Michael and Gabriel having it out – well, Michael having it out, Gabriel taking it – when he learned that Uriel died in the aerie bombing. That angel needs anger management classes. 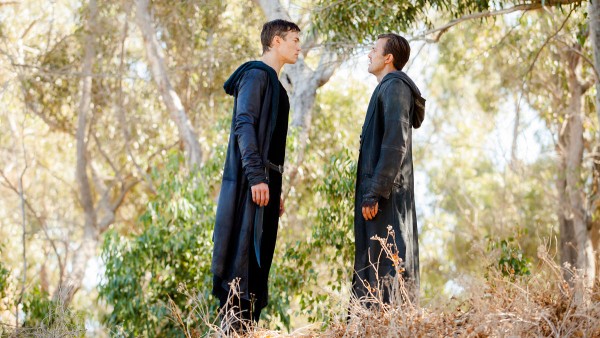 It was more than a little surprising that Gabriel just let him get out his frustration without fighting back – Gabriel himself isn’t any too balanced. That was obvious as he was bouncing the angel Janek off the hood of the car for not amassing the army at New Delphi! Does anybody except Michael and Gabriel really think that Uriel is dead? Nothing in this show is ever that straightforward! Come on, you didn’t believe that Michael really died in Mallory, did you? 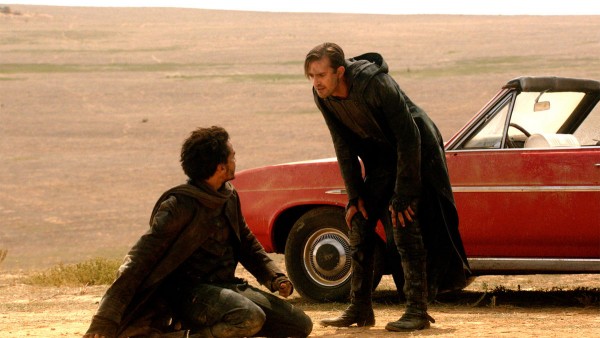 The biggest surprise of the night, for me, was Julian’s lower-angel army. He used the amphora to allow thousands of lower angels to inhabit thousands of humans – his ultimate goal can’t be saving the human race; it must be more along the lines of eliminating the archangels and higher angels. Alex and Noma can’t trust him in any way, shape or form. He can’t be relied on in any alliance designed to help Vega – he’d be more likely to suck up the citizens of Vega for his personal use! Julian is a scary creature – half human, half angel – and carries a heaven-sized grudge. 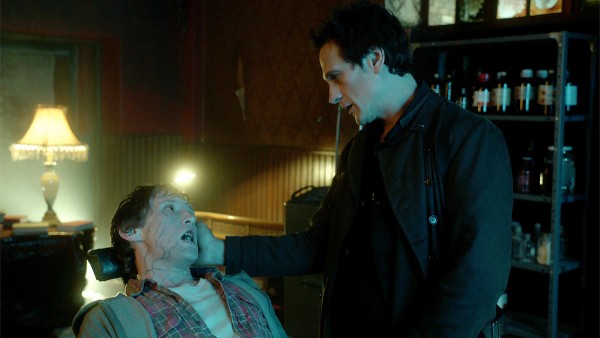 This season so far has taken us to a couple of new and interesting locations – there’s one that’s been mentioned, but not yet seen, and that’s the all-female city of Helena. I have no doubt that we’ll get there, and I’m waiting patiently. In the meantime, for fun, take the poll below and let’s see what you all think is the most intriguing location so far!

And be sure to keep up weekly with the Dominion: Revelations – this week, a report on New Delphi