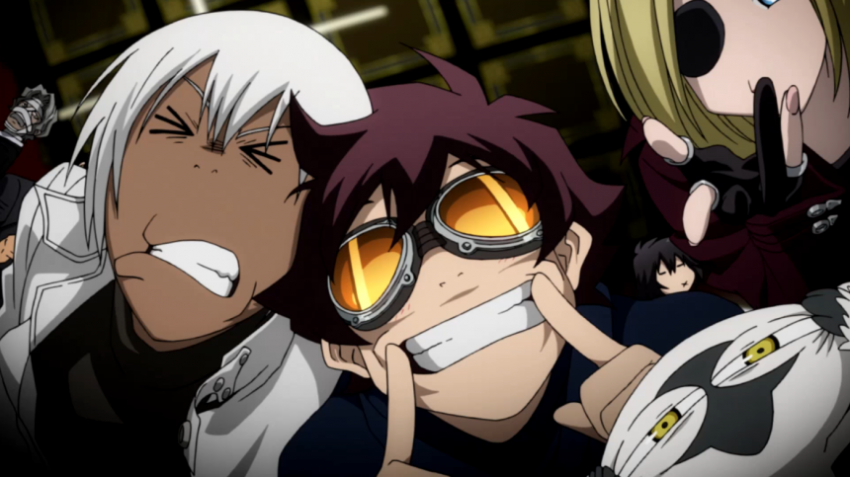 The spring season for 2015 was full of great new anime and its hard to pick out our top 3 but we had to narrow it down and these are our favorite picks for the now finished or just finishing spring 2015 season.

Of course there was a lot more great anime out there and we couldn’t fit them all, so we want to know: What were your top 3 picks for Spring 2015? Sound off in the comments!

#3. Dungeon ni Deai wo Motomeru no wa Machigatteiru no Darou ka? (Is It Wrong to Try to Pick Up Girls in a Dungeon?)

Based on a light novel, the name of the series really doesn’t give it the justice it deserves. While it does have fan service and the main protagonist (Bell Cranel) is trying to get the girl, the series is less about getting the girl and more adventures in dungeons mixed with greek mythology. Its what we wish SAO would have been in season 2. (IE its better, so go watch it)

Commonly known as the “Dungeon,” the city of Orario possesses a huge labyrinth in the underground. Its strange name attracts excitement, illusions of honor, and hopes of romance with a pretty girl. In this city of dreams and desires, new adventurer Bell Cranel has his fateful encounter with the tiny Goddess Hestia.

Thus begins the story of a boy striving to become the best adventurer and a lonely goddess searching for followers both hoping to reach their goals and perhaps have some romance in the side.

Yukihira Souma’s dream is to become a full-time chef in his father’s restaurant and surpass his father’s culinary skill. But just as Yukihira graduates from middle schools his father, Yukihira Jouichirou, closes down the restaurant to cook in Europe. Although downtrodden, Souma’s fighting spirit is rekindled by a challenge from Jouichirou which is to survive in an elite culinary school where only 10% of the students graduate. Can Souma survive?

I wasn’t sure at first if this show would work for me but after the first 3 episodes I couldn’t stop watching and now I am addicted. While each episode managed to squeeze out it’s own subplot, and even an episode about nothing but finding a place to eat they didn’t have a single filler episode. Each episode had something that progressed the main plot while also managing to have their own sub-stories that you enjoyed each time. The world in which the story takes place is complex but with each episode you knew a little more. The dynamic of the characters like Zap and Zed were perfect counterparts to the main character of Leonardo Watch.

Im sad the final episode has no release date yet but I am hoping they will renew the series because there is so much more to explore. FUNimation broadcast dubbed the episodes already, which you can preview above!

A breach between Earth and the netherworlds has opened up over the city of New York, trapping New Yorkers and creatures from other dimensions in an impenetrable bubble. They’ve lived together for years, in a world of crazy crime sci-fi sensibilities. Now someone is threatening to sever the bubble, and a group of stylish superhumans is working to keep it from happening.