Review – Mission: Impossible Rogue Nation – It’s the Tom Cruise Show and We Like It

You may be wondering why a non-scifi film is being reviewed on this scifi site – it’s easy – I made up the list of movies that we choose from to review, and I wanted to review this one. And really, with all the techie gadgets (they unlock the cars by pressing their palms against the window, how cool is that), I’m going to classify this one as Futuristic Action. So there you go. 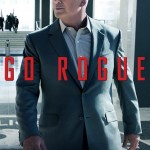 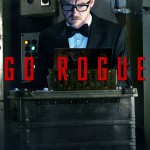 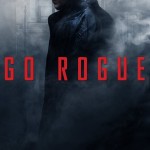 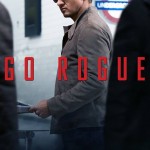 A quick note: The theme music in this installment of the MI series really got back to the original Lalo Schifrin theme from the 1966-1973 TV series, and sounded better than any of the other themes. I used to watch this show (probably mostly in reruns, I’m not THAT old), and always loved to hear that da da duh duh da da. To get in the mood, press play. This is the original theme song:

This fifth installment in the long-running Tom Cruise MI series (the first film, based on the TV show of the  debuted nearly 20 years ago, in 1996) has been called the best in the series by a couple of reviewers; I’d put the fourth ahead of it, but just barely (I’ll get into that in a minute). It  keeps the audience excited and interested, grimacing along with every injury, and laughing every time Simon Pegg, in his third MI outing as computer whiz Benji Dunn, says “mosks” (say “masks” in a British accent). I kept waiting for Ethan Hunt, Cruise’s character, to struggle to his feet and say, “I’m getting too old for this,” but apparently he isn’t. But watch for the scene where he tries to slide across the hood of a car…. 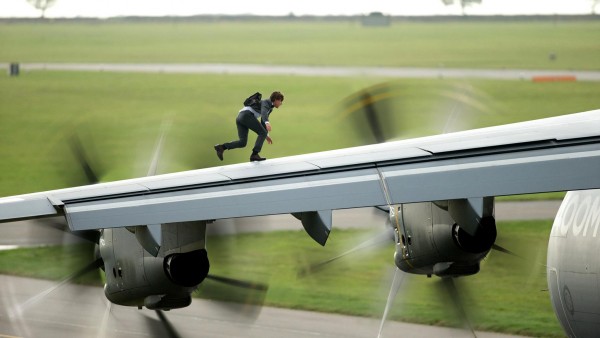 The story, in a nutshell: The opening scene is, of course, huge: Months after the near disaster that was averted at the end of MI 4, Ethan and pals are chasing “The Syndicate,” a shadowy organization currently creating world havoc, the mission they were given at the end of MI 4. They are trying to prevent The Syndicate from delivering a huge batch of warheads by keeping it from being loaded onto a plane and flown out of the country – of course, they’re too late, and Ethan chases the plane, jumps onto it, and screams at Benji to “OPEN THE DOOR!!!” You’ve probably seen it on a trailer – it was fantastic, especially knowing that Cruise did the stunt himself. CIA Director Alan Hunley (Alec Baldwin) is trying to get the IMF agency disbanded and disavowed. Baldwin has convinced the Senate investigation panel that Hunt and his team are making up this “Syndicate,” and at worst, are themselves creating all the disasters they ascribe to the group.

Ethan is captured by The Syndicate, fights his way out with the help of an undercover British intelligence operative Ilsa Faust (Rebecca Ferguson), and goes underground  to avoid being captured by the CIA and tried for treason, while continuing to hunt for The Syndicate. William Brant (Jeremy Renner) is now a reluctant assistant of some sort within the CIA; Benji is a data analyst who spends most of his days playing video games on his CIA computer and is polygraphed every week to see if he’s been in contact with Ethan. Ethan discovers information about The Syndicate, calls on Benji to help him, meets up again with the beautiful but deadly Ilsa, who convinces him to help her steal a ridiculously well-guarded piece of information, meets up with Brant and Luther Stickell (Ving Rhames, who appeared in 1-3, but was absent from 4 except for the final scene), figures out the secret of The Syndicate, and lives to fight another day. 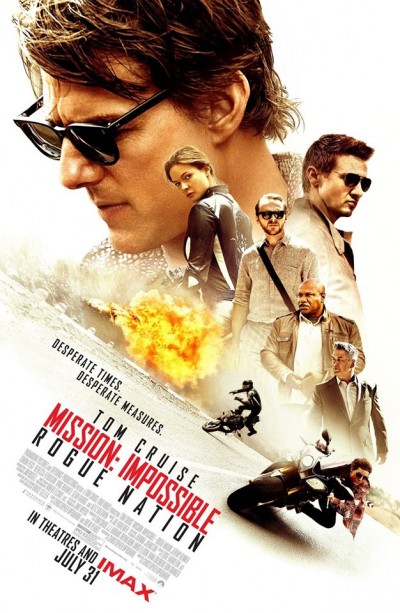 Phew. Makes you tired, doesn’t it? Some observations:

– The tech works better in this installment than in MI: 4. Everything that could have gone wrong did in MI: 4; in this one, it’s the people who have the problems.

– This really was The Tom Cruise Show. In previous installments, other team members had their moments of kickass, but in this one, even action-star-in-his-own-right Jeremy Renner was stuck in a desk job (even when he was out in the field). Yes, Cruise is great at these stunts, and the action scenes – including a huge underwater scene – are exciting, but you’d think that he could have shared the screen time a little bit more.

– Combining opera and action was unexpectedly terrific. Benji and Ethan try to stop not one, not two, but three assassins from killing the Austrian chancellor at a performance of Turandot. We’ve seen action scenes before set backstage at the theater, but lighting rigs weren’t meant to be used the way Hunt does. And playing off Cruise’s short stature in that scene was a great small moment. (Bonus points will be awarded if you can tell me what musical instrument the killer’s gun was hidden in.)

– Why do I think MI: 4 was marginally better? It had some measure of emotional involvement that this film lacked. In 4, we learned that Brant, Renner’s character, felt terrible guilt and responsibility for the death of Hunt’s wife. And at the end of the movie, Hunt relieves him of that guilt, telling him a huge secret – his wife lives, but in order to keep her safe, he had to leave her. And the final scene, where Hunt and his former wife, share a glance and small smile, was nearly heartbreaking. There’s no sentimentality or emotion in this movie, unless it’s Luther telling Brant that Ethan is his friend, and he’d come back only to help Ethan. Not quite what I was looking for.

– While I thought all the actors, particularly Syndicate leader Solomon Lane (Sean Harris) were quite good in roles, I can’t help but wonder if some of them were chosen so that nobody had a better looking nose than Cruise. There was not a petite nose in the group. It’s funny the little things you notice. 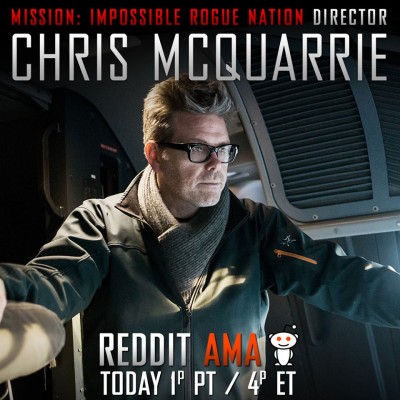 Director Chris McQuarrie, who also directed the Tom Cruise film Jack Reacher (which was not nearly as successful, partly owing to the fact that Cruise was not at all the man to star as the 6’5″ hero), did an AMA on reddit.com this past week. There are reports that a 6th installment is in the works – I’ll be buying tickets for that one too.

Concerned that you’re not ready to watch the latest MI film because you don’t remember (or didn’t see) the former movies? Here’s a great short (it says 5 minutes, but it’s closer to 7) recap of the first four films.

And now that you’ve watched all the backstory, here’s the trailer for Mission Impossible: Rogue Nation.