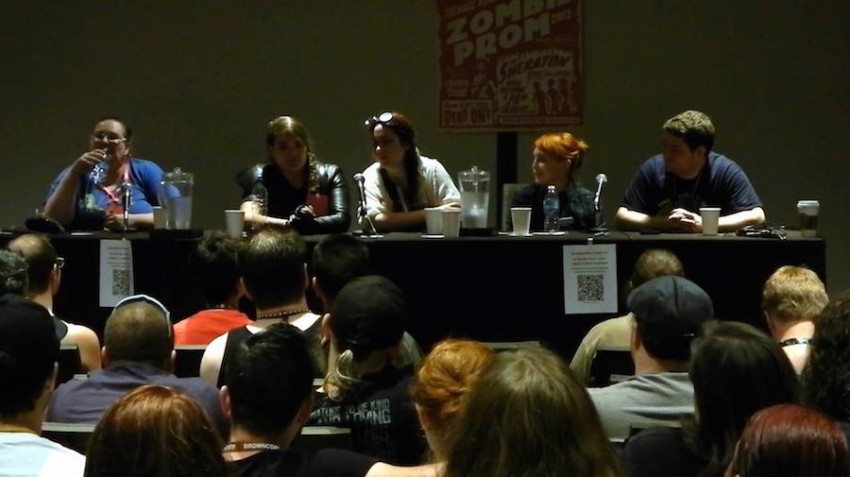 Dragon Con 2015 didn’t shy away from having awesome panels on hot topics in pop culture. One of those hot topics was the new Mad Max: Fury Road film and what it meant for the franchise and feminism. What we discuss go far above and beyond that and delves into a discussion of the beauty of cinematography, film making, world and character building and creating complex mythologies around a single character. We also jump into those prequel comics and discuss whether they should be considered canon of if there is another angle to them.

To say that people going into this movie had a lot of expectations is both an understatement and a lie. While George Miller, the mastermind behind the original 3 Mad Max films, was at the helm again, in his own words the film was neither a reboot nor a sequel. Fans of the original films went to the movie with some expectations of call-backs to the original films, while those too young to remember the originals came in expecting nothing. What George Miller managed to do with Fury Road was give both the uninitiated and the long time fans something to be excited about.

Cosplayers were a plenty in the audience, here are few snapshots of some create call backs to Fury Road and Thunderdome: 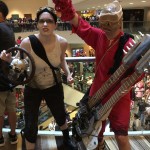 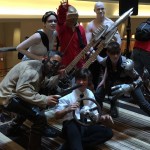 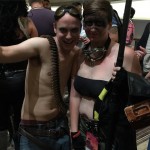 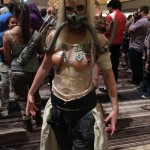 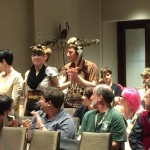 Our panel was only supposed to be 1 hour, but our audience and us panelists were so engaged that we ran over by nearly a half an hour! Check out out panel video below (Sorry in advance for any audio issues it was a big room).

From a cinematic standpoint, it is clear that George Miller was given the authority to do everything and anything he wanted with this film. The shots were beautifully done and the way scenes were speed up or slowed down allowed the viewer to catch every little detail without lingering on the screen too long was genius. Some of the CGI left you snapping out of the mind-set that you could be in some place real with the over the top sand storm that was too far-fetched to accept. However, Overall the rest of the sequences were nothing short pure adrenaline fun.

Oh and lets not forget to give everyone links to follow each of the panelists and the Apocalypse Rising Track page from Dragon Con who were kind enough to let us run over on our panel!

Did you get a chance to see Mad Max: Fury Road? What did you think of it and what call backs did you enjoy to the original films? Since Nux was our favorite characters, here is a little Featurette on Nux.