Hey, Flash fans! The news just keeps rolling in about Season 2, and we finally have a face for the new “big bad!” Tony Todd has been cast as Zoom, and in this article from Comicbook.com, we get some details behind his casting:

“Last year, with the Reverse-Flash, we just modulated Tom Cavanagh’s voice, and this year we wanted to do something a little bit different,” executive producer Andrew Kreisberg tells Variety. “Part of the mystery of the season is who or what is underneath the Zoom outfit, and so we wanted to do something like James Earl Jones as Darth Vader — this iconic voice coming out of this mask. Last year, we thought of the Reverse-Flash as a speed warrior; this year, Zoom is like a speed demon, and no one does demon-voice better than Tony Todd.

“The Zoom outfit is much more organic than the Reverse-Flash suit. In a way, it’s hard to tell if it is a suit or alive… There’s no skin showing, for all you know there’s a robot underneath, or dark energy.”

Zoom, unlike Harrison Wells/Reverse Flash, will be much more upfront about his evilness. Plus, he’ll have a killer voice! It’s exciting to hear that the villain suit will be so fluid and organic, which makes me eager to see it in action. Will they maybe use some motion capture techniques to make it even more authentic? I can’t wait to find out!

In addition to this special suit, it’s also been revealed that Zoom will be especially scary. The showrunners seem determined to keep Zoom and Reverse Flash from being too similar, which is great news for the fans. That means we’ll be seeing a whole new character with some specific nods to the comics, but still original enough to be compelling. In this article, executive producer Gabrielle Stantion shares:

“Zoom is going to be very different in terms of motivation, in terms of what he wants from The Flash (Grant Gustin), in terms of why he’s doing what he’s doing,” Stanton told TVLine. “I know a lot of people are thinking, ‘[Zoom and Reverse Flash] were so similar in the comics. What’s going to make them different?’ I guarantee no one will confuse him for one second with what we did last year. It’s actually much more different than people would think. Zoom is just scary as all hell.” 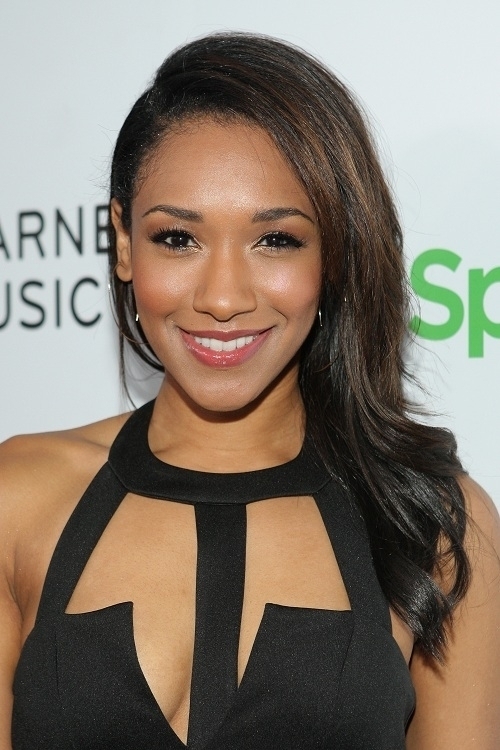 And for all you Iris fans, there’s exciting news about her role as the new leader of S.T.A.R. Labs! When Barry decides to step away from the leadership spotlight, Iris steps up in a big way and I’m happy that she’ll get a chance to shine. In this article, executive producer Andrew Kreisberg reveals:

“Iris slides into [the role] very naturally,” Kreisberg said. “She’s a born leader. One of the best things in the premiere is Barry decides that he wants to work alone because he doesn’t want to risk anyone else’s lives, and Iris is really the one who gets the band back together again. She’s the only one who can stand up to Barry.”

It sounds like Team Flash will be crumbling apart at the beginning of the new season, but Iris will become a hero in her own right. After the big cliffhanger of last season, I’m more than ready to see how that gets resolved. What will happen to make Barry want to step away from his friends and work alone? How will he be different once he returns from that portal to who knows where? Plus, Iris needs this, deserves it even, this after being kept in the dark for so long about Barry’s identity.

And to make things even better, a Season 2 promo poster has been revealed! 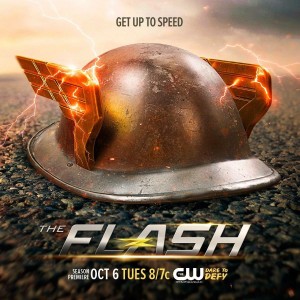 This is obviously a hint to Jay Garrick being introduced this season (it’s such an iconic helmet!) and the tagline “Get Up to Speed” is just perfect. I’m a little disappointed to not see Barry himself, so here’s hoping we’ll get another promo poster soon!

What do you think of these spoilers? Are you anxiously waiting for the release of the Season 2 trailer (it should be coming soon)? Share your thoughts in the comments!