I knew they would not let me down with the fifth episode of Gangsta. “Sanctions” features seamless fight scenes and fast camera movement. The scenes were full of tension and excitement and quite a bit of information were passed to us throughout the episode. Everything in “Sanctions” had a purpose. This was Ho Pyeon-Gang’s first time working on Gangsta. He did an outstanding job and he should definitely be a part of future Gangsta episodes.

The primary focus in “Sanctions” is the battle between Nicolas and the Twilight that showed up in the previous episode. This Twilight goes by the name of Doug and as they stated in the previous episode, Doug is classified as an A/0 Tag as well. Both of them are clearly enjoying the battle. I imagine it has been a while since either of them has been up against a real opponent.

Despite the show’s primary focus, there was an even balance of character development in “Sanctions”. We are also given a closer look at the world the Handymen live in. In addition, we learn more about the other players in the game.

Doug is from the Paulklee Guild. This Guild is run by Gina, a veteran Tag. The members of this Guild are mercenaries for hire and most of them consist of Tags. Gina is a big player in this city. This is why Worick and Danny are worried about the potential consequences of Nicolas killing Doug during this battle.

We learned that the city has recently gotten rid of the slavery of Tags. However, Tags still are not completely free. Tags are still owned by various Guilds or individuals. These contracts made between Tags and Normals are a way to keep them safe from hate crimes and other threatening circumstances. Although this does protect the Tags, it does not grant them complete freedom to do as they please. There are three laws that Twilights must follow. They must not take action against Normals, they must obey their master, and they must defend themselves. It is a messed up deal for the Twilights. They are forced to kill each other in order to ensure that Normals do not risk their own lives.

Various important citizens are protected by the three laws. Boss Monroe is among this group of people. Doug accepted a contract without first asking for the Guild’s approval. This contract targeted someone who was protected. By accepting this contract, Doug got himself into a lot of trouble. 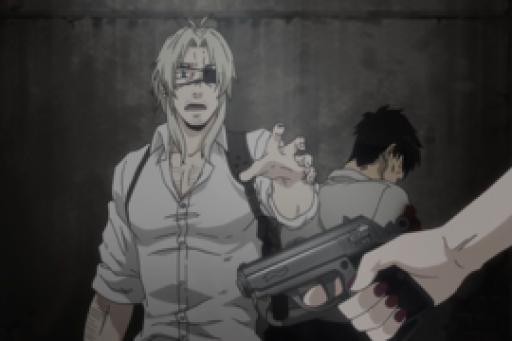 Nicolas has many problems. During the battle against Doug, I could tell that he was really enjoying the thrill of the fight. In fact, he has no regard for his own life. He will do anything to win and his determination is slowly killing him. You see, he is overdosing on Celebrer. Doing so allows him to fight without feeling any pain. Unfortunately, doing this is very dangerous. 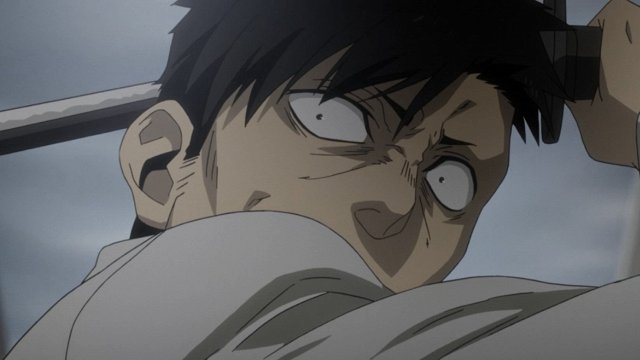 Dr. Theo has taken Alex on a little adventure. The next episode will be Alex’s time to shine. She has the potential to be a big part of Gangsta and just as interesting as Nicolas and Worick. I am interested in watching Alex grow as a character throughout the next few episodes of Gangsta.