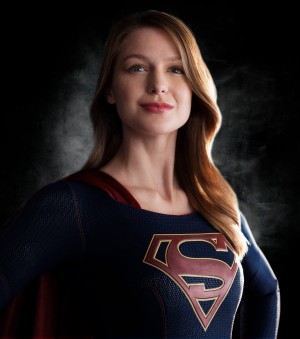 Are you excited for the new CBS/DC Comics collaborative Supergirl? Or are you tired of the constant rotation of new super hero shows that rely on better special effects than writing? Honestly, I wasn’t sure about this new attempt to serialize a lesser known comic character. After watching the pre-show interviews with the cast, the 2015 New York City Comic-Con panel and seeing the previews, I’m now convinced this is a show that I’m going to love . . . and you will too.

Despite some awesome super powers, Supergirl Kara Danvers (Melissa Benoist) is the classic underdog. She’s the cousin to the well known Superman but that’s where the similarities end. She lost her family and her home and arrives on earth at age 13. If teenage angst weren’t enough to tackle, she must now learn to survive in a new culture on a technologically backward planet. What does she do? She tries to fit in.

The show picks up with a 24 year old Kara working as an assistant to the head of a news agency. She’s a little goofy and socially awkward. She struggles with issues like dating and office politics. Kara loves her family but she’s hiding her secret talents from the world so that she can be normal. Events conspire to force Kara out of hiding and she’s suddenly the biggest news story of the day. How will she cope?

I love that Kara doesn’t have everything figured out. This classic coming of age story is further complicated by her extraordinary super-human abilities. She is dealing with everything from paying her bills and getting through a Monday at work to defending humanity from psychopaths and alien threats. Her character feels both real and compelling and I find myself wanting to know just what this season has in store for the remarkable Supergirl.