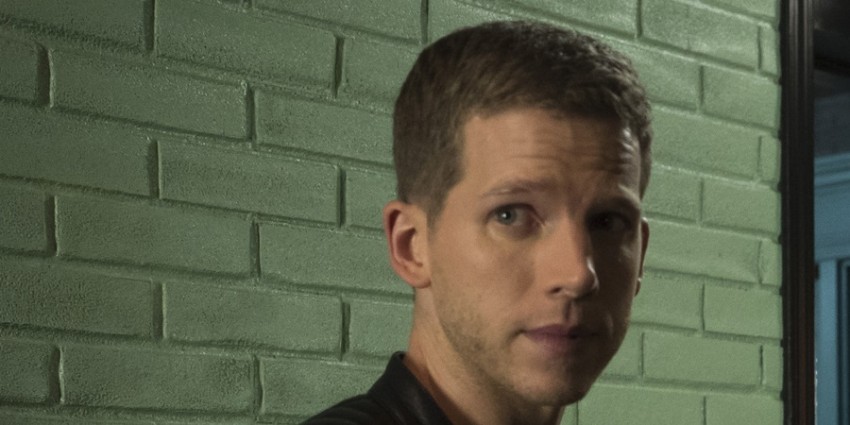 As one who comes to this series as a big fan of the film and the genre in general, I want it to succeed. I want it to get renewed for season two. The foundational storyline is there. The actors are doing well with what the writers are giving them. The tech is on one hand phenomenal, while on the other, a familiar extension of what we have today. The issues lie in the steep competition from other networks and the inconsistencies that can come in the freshman year of any show.  With the availability of viewing options, a show has to hit the ground running. There’s little time for a slow burn or to work out the glitches. Viewers today have short attention spans and get bored easily given the opportunity.

That said, I’ve set this review up with three distinct parts. The Good. The Bad. The Tech. 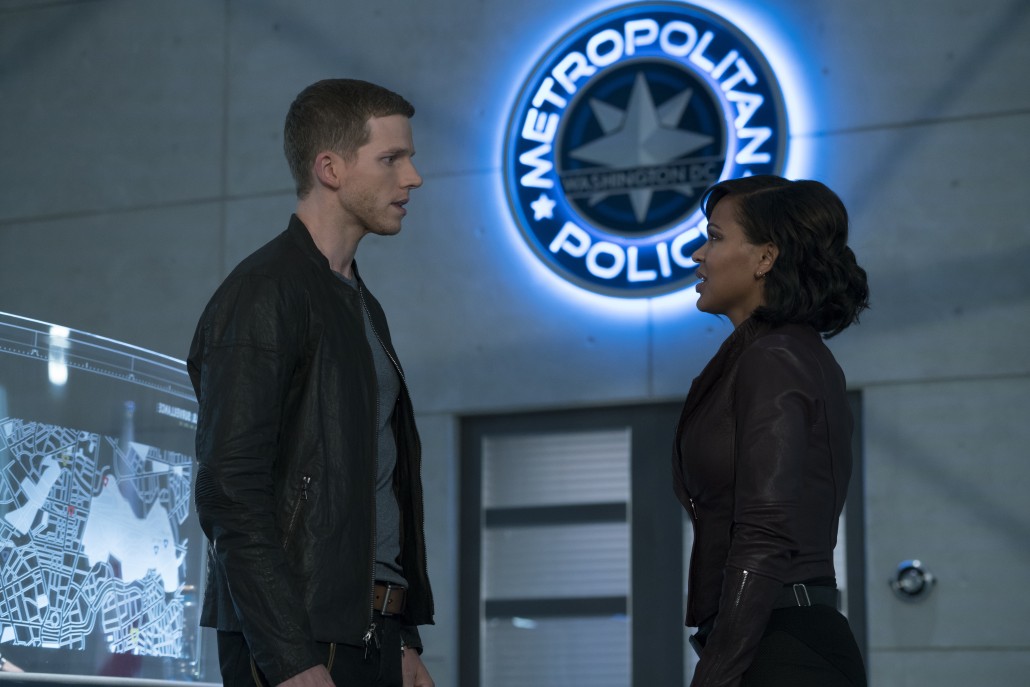 Agatha is the cold, manipulative enforcer of her plan. She has her victim, Charlie in a proverbial choke hold. He can’t say no. She’s so good at playing this emotionless game.  The openness in which she uses her foresight to blackmail Charlie is shocking at first. She even goes as far as sending Charlie to Arthur for a new I.D., without telling him first. She’s pulling rank and letting Arthur know who’s in charge. She is the power player among the three. Agatha shrewdly secures the information on the photonic containment system, AKA the milk bath. Even when Charlie figures out who she is and what the photon milk was used for, she’s a step ahead. She passively murders him. Agatha has ice in her veins.

Next, the “Obama bills” Charlie pulls out to pay Arthur are fantastic. This is a nice nod to our generation. The writers are deft at showing us the difference in years, while keeping us in some sort of comfort zone. It’s the same nod, when at the party, Elvis Costello’s Alison plays in the background. Those are clever touchstones bridging the timeline.

Third, after Charlie’s visit, Arthur stops being at odds with helping Dash crime solve. He’s all of a sudden comfortable and willing to help. He has an Agatha inspired perspective change. He’s safer teaming with Dash, versus fighting with him. This is strength in numbers. They need each other to be the whole, Agatha is on her own.  I foresee them having to be a force against her at some point.

Last, Dash connects with Fredi, the “victim”, on a personal level. He’s getting better with some social cues and garners a date of sorts. He definitely gets kisses and finds a trust with another person he’s never experienced before. He allows himself to be vulnerable with her. It’s quite sweet, even though he has to save her from murdering her boss for revenge. She kisses him as she evades arrest. It’s wonderful to see him growing, exploring, and getting some loving. 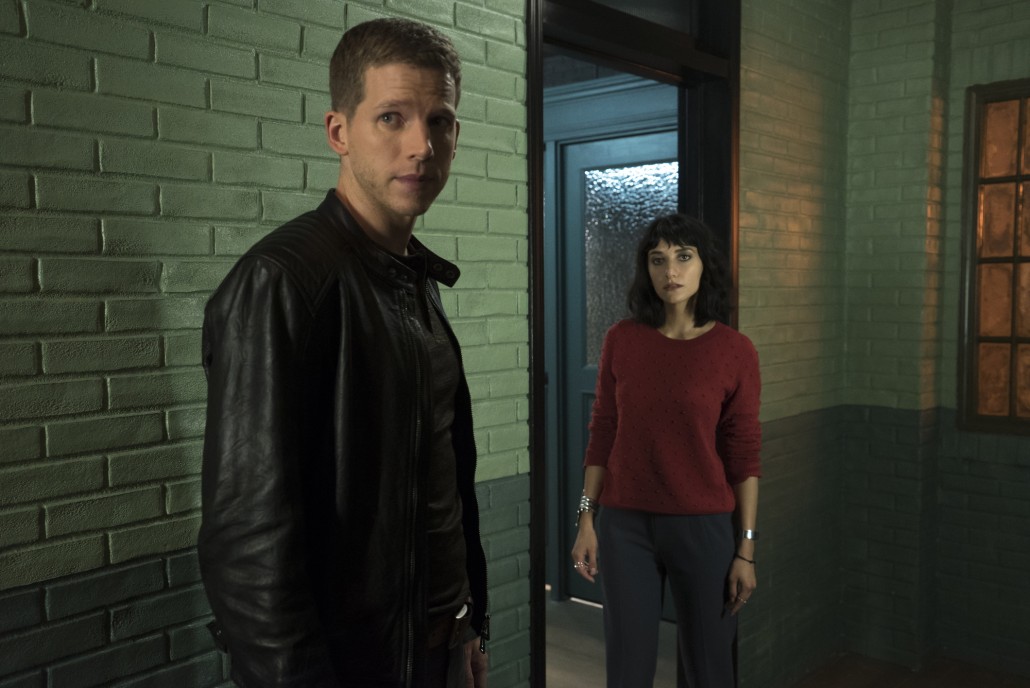 I know there will be a formulaic basis to the vision and crime solving in each episode. As much as I want to love it, I’m having a difficult time buying how they are deciphering and acting upon the visions. The detective portion of the work is too literal, too assumptive of who the killer/victim is, and the vision lead is pursued with a blatantly “in your face’ boldness. There’s little to no finesse in the investigative nature in the crime solving. For example in this episode, even though it’s not clear, it’s assumed the female in the vision is the victim. They pick one scenario to act upon without going through any other possibilities first. It’s obvious the initial presumption, is going to be incorrect. This leaves us with an inevitable, expected plot twist.  I want to be surprised within the formula. As a viewer, we shouldn’t be able to easily predict the steps. Last week’s episode was much stronger in this area. These smart characters need to think before leaping.

I am excited to see these new pieces of technology.

First, the flying camera taking photos on its own of guests at a party, is the ultimate selfie machine.  One would never have to hire a photographer again. I want this tech now. I like to imagine, it uploads images to any social media, computer, phone, or data storage device of the owner’s choosing. It’s simply delightful.

Second, there’s a talking screen that greets guests and gives information about the party. This is a strange piece of tech that takes away the connection and humanity of being properly escorted into an event. Though with the host being the screen greeter, guests might feel personally attended to.

Finally, the TX-2837 Bio-Printer is an impressive piece of equipment. It takes DNA and creates tissue. On Arthur’s referral, Dash and Fredi have her boss’s eyeball created. They use it to bypass the security system at his home.  This is the most exciting technology and the most insidious. The applications are terrifying.

See you on the other side of episode 5. 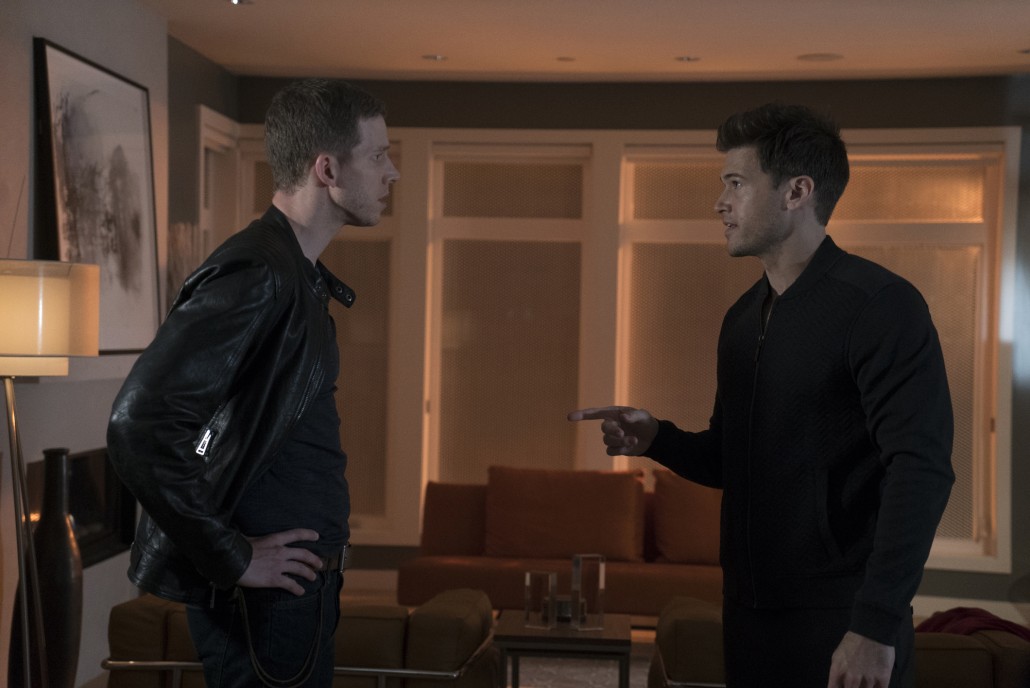