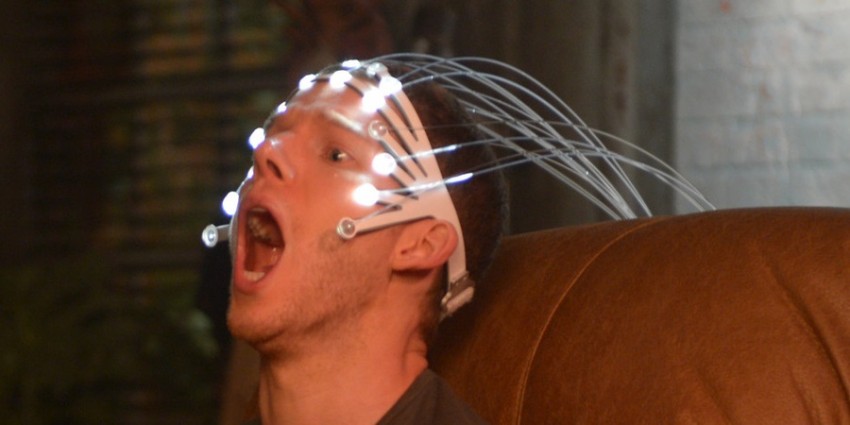 Coming off the growing pains of last episode, I sat down to watch episode three with concerns over where the series might be heading. To my relief, it started with a solid opener and proceeds in an enjoyable way.  Cleverly the new Hawk-Eye system and the suspect are previewed for us simultaneously.

What is Hawk-Eye? It’s a new predictive program that uses an algorithm to tell which people are potentially a risk to public safety. My favorite part of the introduction is Vega giving exceptional stink eye during the presentation to the department. Then because of her skepticism, boss Blake is giving her the job of working with a civilian analyst during the Hawk-Eye trial period.  Blake is suspicious of Vega. He’s using the program to keep a closer eye on her.  It’s refreshing to see the character of a boss being portrayed as competent and not that of a bungling or misogynistic idiot. Blake is clearly intelligent and will excel in his new position, whether or not Vega likes him.  He’s his own defined character. Wilmer Valderrama fits well in his shoes. 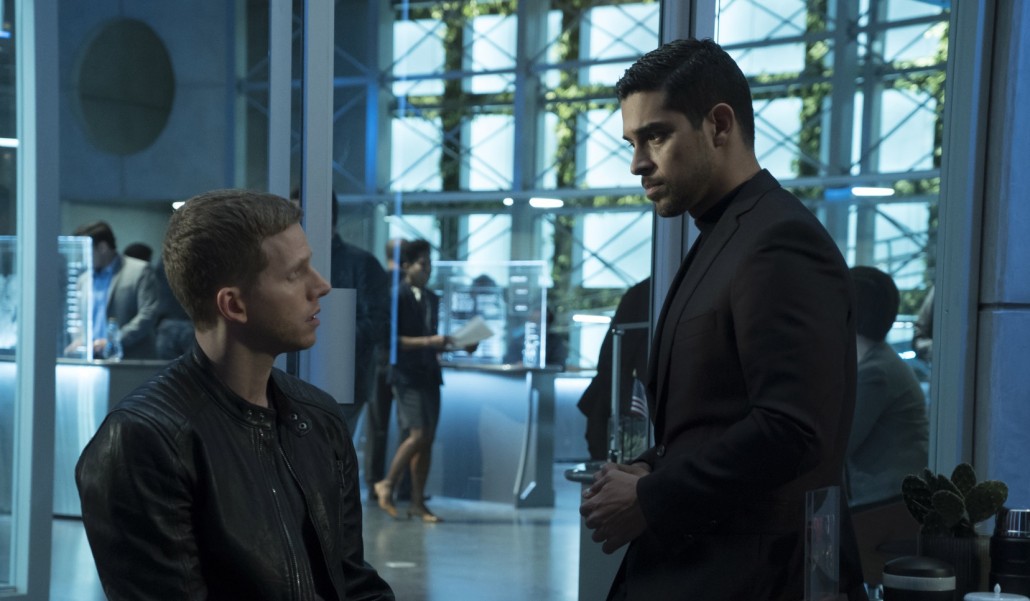 The use of Dash’s captured vision to gain information from Akeela, highlights the problematic off book informant relationship between Vega and him. Instead of doing the wise thing of discontinuing with him, Vega hatches this wild plan to have Dash hired as a civilian analyst to legitimately work alongside her. It should be as simple as getting him an identity and history cooked up by his brother. Sounds great right? Dash is going to walk into Metro and apply for a job. It’s a compelling plan because no one else, with the exception of Wally, knows what any of the Precogs look like. One potential problem I can think of, what happened to the official who closed down the Precrime unit? Though he didn’t see their faces, Wally told him their first names. Next, is Vega so driven and selfish, that she cares nothing for how Dash will be affected by going back to Metro? I’m not sure where it’s going with her. She appears to be loyal to him. In her asking, the heart tugging emotions from Wally and Dash are painfully realistic. Her thought is to hide him in plain sight. An intriguing plot device. For Dash, this may be healing for him in choosing to work for the police department, in lieu of being forced like before. For this idea to work in the story, Vega needs an inside ally she can be honest with. Enter Akeela. Vega finally fills her in on the secret of who and what Dash is.  Her reaction to the news that Vega is working with a Precog, is almost fangirl status. She becomes a willing participant in the ruse to make Dash and Vega’s partnership viable. There is a payoff here. Another trio is formed.

As for the brothers, even with the resistance toward Dash’s work, Arthur recurrently displays a high level of protectiveness. On one hand he’s full of warning to be more careful in choosing his friends, because, “There’s a worse in everyone trying to get out.”  He is more worried than ever about Vega using him, therefore risking their tenuous anonymity. I wonder why he still helps Dash when he comes seeking aide. He doesn’t seem to harbor guilt over doing nothing helpful with his visions. Perhaps brotherly love and loyalty are at the heart of it.  Call it blackmail or covering his back, he allows Dash and Vega to use business information against him, forcing his hand to make the identification bio Dash needs for the job. As previously demonstrated, he lies when it suits him, even to Dash. This new paradigm Dash is putting him in, is a struggle against what he wants to do and what he is doing. I’m totally hooked on the complexity of Arthur and want to know what motivates his actions.

Focusing on Agatha, she again has the vision with three of them back in the milk bath, but this time Vega is present. With this, she flies into panic mode alerting Arthur immediately. Of course, she should be paranoid and untrustworthy of Vega. The visions are not always reliable narrators. Regardless, she goes into fix it mode. We begin to see what she is capable of.  She plays down and dirty with her neighbor, Charlie, who’s a government insider. Her ability to persuade through a multi-layered approach, is downright aggressive and creepy. For someone wishing to stay on the quiet side of detection, this is not sly. She has a sharp edge to her personality. It’s obvious, Agatha is still stronger than the individual boys. She stands on her own. Her plan is yet to be explained, but from what I can tell, it’s a doozy. I’m looking forward to more of her, week by week.

Of course, there’s the crime story arc that needs to be addressed. There’s a vision with a perpetrator, and a victim. This week’s twists and turns are far superior to episode two. There are still rough edges being worked out in the writers’ room with this formula, yet there are the necessary elements of interest and humor. There’s a satisfaction in the end. The top twist has the perpetrator eventually being exposed as the true victim. It’s a storyline within a storyline.

Unraveling the first crime vision is fairly straight forward. The funniest scene comes when they first meet the perpetrator, Mark Messero. They arrive at his home in time to stop him from assaulting his wife. Well it’s no assault, just some run of the mill rough sex role play. The indignant attitude of the character to be unable to have sex in his own home, with his own wife, is giggle inducing. Wrapping up his case seems easy and tidy. Go Team Precog! Another for the win column.

The plot purpose in the tidy crime prevention becomes immediately evident. Dash receives another crime vision, but now, the perpetrator is the victim. It’s not a traditional vision. There must be a murderer and a victim for a vision to occur. So this is a suicide, that’s actually a murder. The next funny scene is when Vega goes back to the house to stop the suicide. She is frantically banging on the door, the wife answers the door questioning rudely, “What do you want now?” to her.  I heartily laughed. During this sequence, I said out loud several times, “It’s the therapist.” Of course he is involved, but he’s being used by someone else. As with many attempted murders, money or passion is involved. Money is at the root here.  A skillful twist, leading back to the co-worker we met briefly in the very beginning at the victim’s office. I like when it takes me another few steps before I figure out who did it.

Definitely a better pacing in this episode and more character focused writing.

Lastly, I want to touch on the tech utilized in each episode. This week had the Hawk-Eye program of course mentioned in the beginning of this review. Secondly, the bracelet Wally makes for Dash. It gives him a thirty second warning before he has a vision. This will allow Dash to relocate to a private place before the vision seizure hits. Dash will have more control. High five to Wally. Thirdly, an “old” flying motorcycle is used by Dash and Vega to prevent the first crime.  That looks like a vehicle that would be a blast to drive.