Having just recently read Andy Weir’s The Martian, I was a little hesitant about the screen adaptation. While I thought the book was a fascinating look at one man’s attempt to survive impossible odds, it was extremely science-heavy and emotion-light. The closest comparison I could make was Tom Hanks’ blockbuster Castaway, which, of course, was off the charts emotionally. And the conclusion of The Martian was never in doubt – the only question was how would he get to the point of being rescued and what obstacles would he face along the way.

Ooh, was I pleasantly surprised! How many times have you said this – the film was better than the book. Almost never, I’d bet (although some have come close…). I know that’s not what usually comes out of my mouth (or my keyboard). Ridley Scott, who took over for Drew Goddard in creating and directing the adaptation, did almost everything right. Staying faithful to the story, small parts that may have been interesting technical feats (if you’ve read the book, I’m talking about the “bedroom”) but not necessary to the story were eliminated, and only a few things were added, but they certainly made a difference in the audience’s connection to the characters. I predict Oscar nominations in several categories, including Matt Damon as Best Actor, Best Picture, Best Direction, Best Adaptation… I’ll be very surprised if this film doesn’t win several of those. 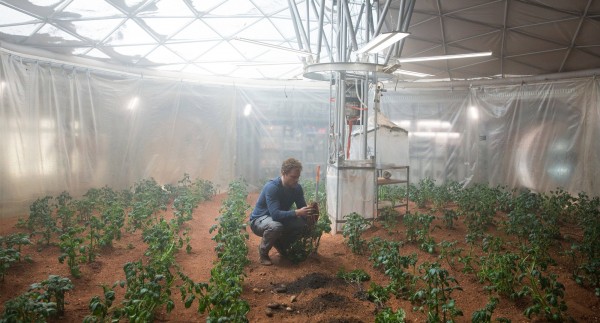 There have been several space films out recently – Interstellar and Gravity among them – and one suspects that NASA is working hard to get the American public interested in space exploration again. Gravity really wasn’t going to increase astronaut applications, but The Martian ought to. NASA was presented as an overall positive place to work, tolerant of brilliant minds and rebellious actions, caring more for the individual than the corporation. Discovery, exploration, personal initiative were all highlighted and celebrated in this film.

Overwhelmingly, this is Matt Damon’s film. On screen – alone – the majority of the time, Damon wisecracked and scienced his way to astronaut believability. While the book was unemotional – you got the sense that Watney really had few ties to the Earth, that this was one big adventure to him – Damon’s performance retained the flavor of the book, but added an element of emotional honesty. One added scene in particular was nearly heartbreaking, as Watney left directions for his mission’s commander (Jessica Chastain) to be responsible for talking with his parents should he not make it off the planet. Often, it’s easier to write feelings than to portray them visually, but since they weren’t written, Damon did a great job of showing us his pain, desperation, success, and relief. Chastain, too, was fantastic, for the short time she was on film, guilt-ridden at leaving a presumed-dead Watney behind, and then defying NASA’s chosen course of action. 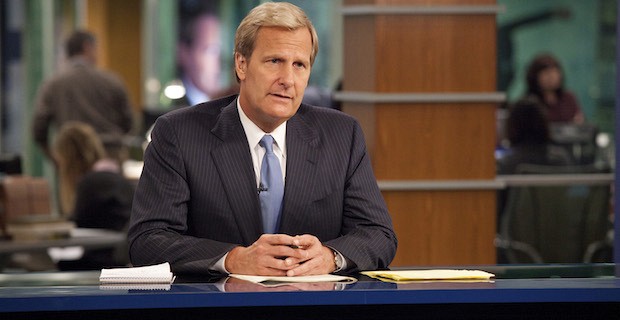 Jeff Daniels, as NASA Director Teddy Sanders, and Chiwetel Ejiofor, as Director of Mars Operations Venkat Kapoor, were the only other players to get any real amount of screen time, but even they were but supporting players to Damon’s tour de force. Sean Bean, Kristen Wiig, and Michael Pena had small but vital roles – how do you play up against a one-man story? But this truly wasn’t their story, and they were all fine in their roles. One actor had a small but breakout part – Donald Glover as “steely eyed missile man Rich Purnell” was the embodiment of the sleep-deprived desperate engineers that had to find a way, unorthodox as it was, to bring Watney home. 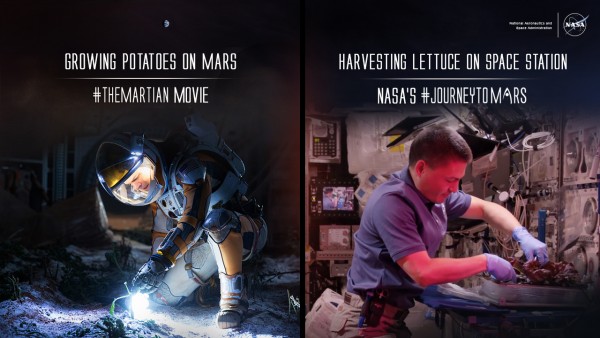 I don’t know if this bugged anyone else, but while NASA is currently working on plans for manned Mars missions (see NASA info here – it’s really fascinating), we’re nowhere near ready to launch, much less be at the point the film puts us at – this is supposed to be the third Ares manned mission to the red planet. So when is this supposed to take place? Nothing, from clothing to crowd scenes holding up current-looking phones, gave any indication of being anywhere in the future. But that’s picky.

Cinematography – some of the film was shot in Jordan – and visual effects all combined to give an ultra-realistic feeling to the extensive Mars sequences. The number of visual effects artists alone was amazing! Just those images alone are guaranteed to stir up Columbus-like feelings, and I really hope NASA, and the private companies looking to expand space travel, reap the benefits. 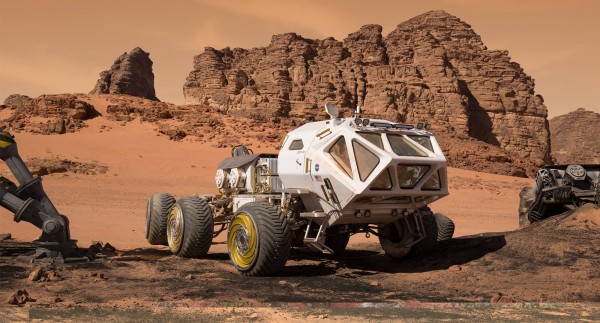 Check out the terrific videos at areslive.com, “the official prologue series” to The Martian. Much of this isn’t in the film, including the psychological profile piece, but it’s worth poking around and watching!