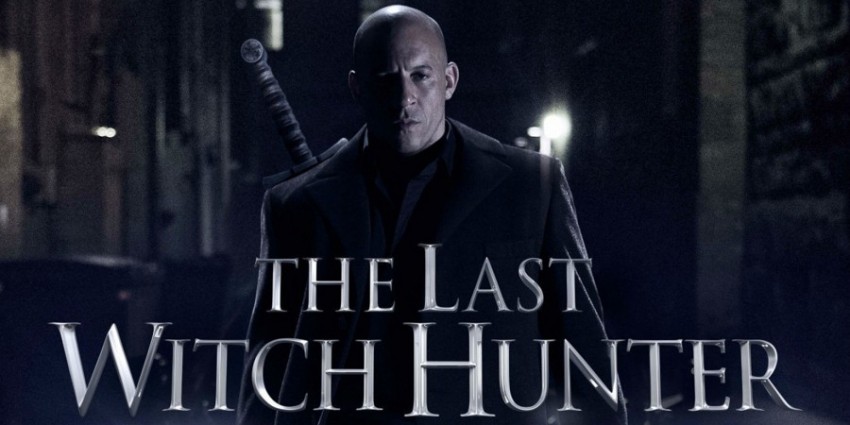 There were high hopes for The Last Witch Hunter.  With a cast that stars Vin Diesel and includes Michael Caine and Elijah Wood, it was expected to be a hit.

It was a very disappointing opening weekend for the movie.  As of Sunday night, its score is only 14% on Rotten Tomatoes.  When I went to the theater on Sunday, I had purposely not read any reviews. I was surprised to see an empty theater when I walked in considering it was the opening weekend.  I thought for a while that I would be the only person in the theater, but a few more people straggled in before the movie began.

I had heard that The Last Witch Hunter was based on a computer game, so I looked it up and found that yes; it apparently was inspired by a computer game.

Here is what I found on Bustle.com:

The Last Witch Hunter, as Comic Books Resource tells it, was borne of Diesel’s personal penchant for a good fantasy adventure. But it’s not a book that inspired Diesel — it was a certain popular fantasy role-playing game. The actor and action hero is a notorious Dungeons & Dragons player, and his character in the film, Kaulder, is based in part on one of his preferred characters in the game, a witch hunter who is also an elf.

“One of the things about his playing so much Dungeons & ­Dragons is that  Vin has a great mind for creating mythology,” director Breck Eisner told Entertainment Weekly. “He understands world building and how that affects an audience.” So, absurd as it might sound in theory, in practice, Diesel has constructed a credible fantasy world populated by witches, witch hunters, wizards, and more other-worldly denizens.

I now have a new way to think about Vin Diesel – as a geek.  That will take some adjustment.

I have never been a big fan of Vin Diesel’s movies, so I went into it with low expectations.  I was surprised that I liked him and was rooting for him.  I’m a sappy romantic and I like to see happily ever after.  I was sad for his character and his long life alone and liked his relationship with Chloe.  Like I said, I’m a romantic and I was disappointed that they never kissed.  The movie ended well set up for a sequel, which is rumored to be in the making already, maybe we’ll see Kaulder and Chloe in a more romantic way then.

The Witch Hunter has one person who has consistently been with him; Father Dolan.  They serve a secret organization called the Axe and Cross to keep witches from using dark magic.  There has been a Father Dolan with him for his 800 years, the most recent one is number 36 and is played by Michael Caine.  The 36th Father Dolan is preparing to retire and turn the job over to number 37 (Elijah Wood).  He has been advising and helping Kaulder for most of his life and speaks with him about his aloneness and he suggests that it might be good for him to find someone to care about.

Father Dolan (36) is found dead, except that he isn’t actually dead, he’s been cursed.  In order to save Caine’s character, he finds out that he needs to “remember your death”.  Kaulder finds a witch who can give him a memory potion.  This witch is Chloe.  One of the things he learns is that he is looking for someone who is using very dark magic.  He also learns that Chloe is a “dreamwalker” and can go into people’s dreams which can take the place of the memory potion.

The search for the evil witch who has cursed #36 ensues.  This witch is working for the Witch Queen who is thought to have been killed by Kaulder.  As she died, she cursed him with immortality.  She lived within a giant gnarly tree called the plague tree.   When he finally finds the memory of his “death” inside the tree with the Witch Queen, he realizes that he did not completely kill the witch, her heart continued to beat.  The first Father Dolan kept the beating heart.  As long as the heart continued to beat, Kaulder would be immortal and would fight dark magic.  The evil witch cursed #36 to find out where the heart was so that he could resurrect the Witch Queen.  Of course he succeeds in his goal of resurrecting the hideous queen. 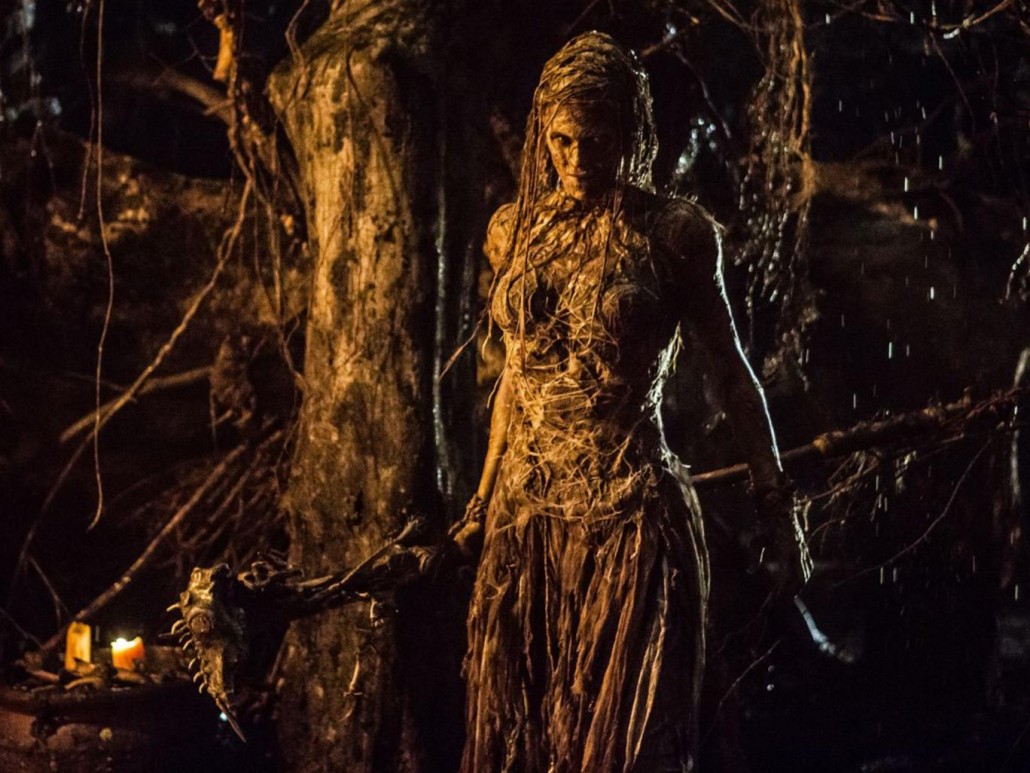 I’ve seen comments saying that the movie was a snoozefest.  I don’t agree, I wouldn’t say that I was completely absorbed by the movie either.  As I think back on it, I’m left feeling very little.  I didn’t hate the movie, and I didn’t love it.  I would probably have enjoyed it as an OnDemand rental at home.  I’m not sure it is worth the cost of a movie ticket.