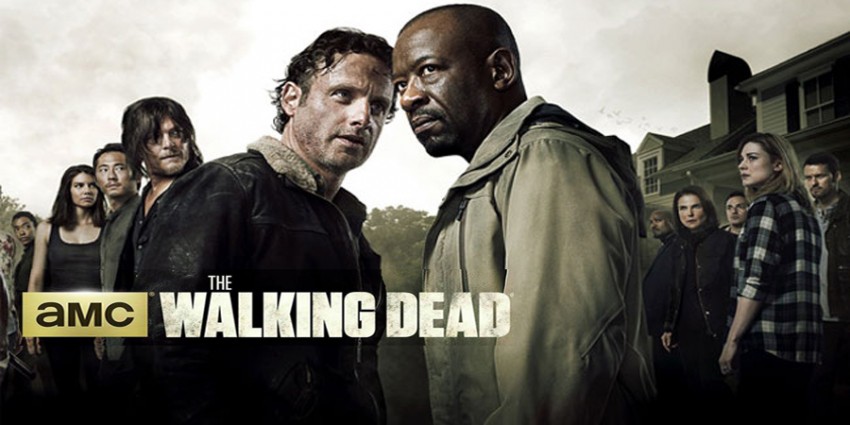 Are you all ready for Season 6? I know I am! We have been waiting and wondering for what seems like an eternity. October 11th’s season 6 premiere, will be well worth the wait. With Morgan returning to the fold at the end of season 5, we have to wonder if Rick will still accept him. Once they seemed like star crossed besties, but now, only time will tell. And what of the Wolves? Who are they and what do they want? Will they pose a threat to our group?  During last season, we saw spray painted, “Wolves Not Far” in the background.  Director Greg Nicotero told EW, “We never want to ambush the audience with things that come out of left field — that they go, “Wait a minute, where did that guy come from?” It’s really important that we lay the groundwork and we lay the seeds for that. Same as we did with Terminus, and with the Wolves. Seeing them in episode 9 and seeing those torsos and knowing later those torsos would play a part in the finale, and just getting a little sense of that thing. That’s what our writers do best — they lay the groundwork and seeds for story elements that will build instead of taking an immediate left turn and throwing the audience off-guard. The audience can then go back and put those clues together, and reward themselves with, “Oh I figured it out! Wolves Not Far! That’s what that meant. Oh great!”

And who is this new character, Jesus? Paul “Jesus” Monroe is a bearded man with impressive physical skills who acts as ambassador for the colony and frequently searches for new recruits. He spies on the Alexandria Safe Zone community to see if they’re safe to bring in. In the comics, he is a bad ass dude. Will he pose a threat as well?

And what about walkers? Will we have abounding hordes of them this season? Its been years after the start of all this, so what shall we expect to see? Greg Nicotero told EW, “This season we’ve sort of played up idea that skin is no longer able to maintain any adhesion to the muscle so it just starts sloughing off, revealing a little bit of bone — but again with the concept that there still has to be some muscle and ligaments, otherwise they wouldn’t be able to walk around. But even in the first episode you’ve seen some walkers that have sort of squeezed themselves through some tight places and in doing so have sheared off most of the skin on their body. Always a good day on the set of The Walking Dead.” You can read the full interview here.

A Look at Season 6