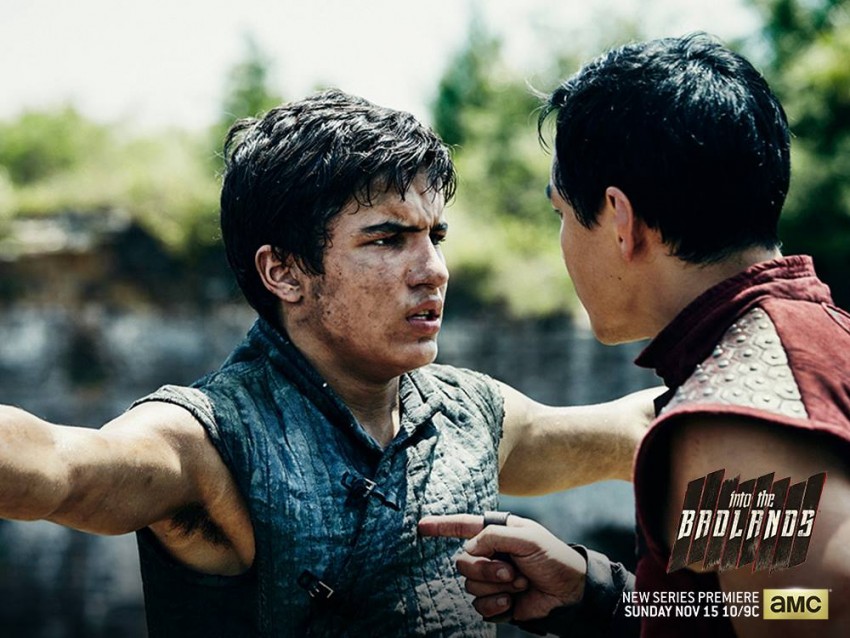 Exclusive: Aramis Knight Talks M.K. on ‘Into The Badlands’

By: Robert Prentice
amc AMC Into the Badlands Aramis Knight

We had a chance to talk with actor Aramis Knight about AMC’s new series Into The Badlands and discuss what to expect form M.K., the training it took to play that role and the deeply rich story that the series brings to the screen. Here is a short snippet about his character.

Saved from mercenary Nomads by Sunny, M.K. is taken to Quinn’s walled compound, The Fort. A seemingly average teenage boy, M.K. is anything but. Lurking inside him is a dark energy that is only unleashed when his skin is cut. No longer himself, he becomes an unstoppable force with heightened and brutally lethal martial arts skills. Haunted by his murderous capacity, M.K. tries to keep his unwanted powers a secret. But Sunny senses something different about the teen, and it isn’t long before M.K. is forced to tell the Clipper the truth. At the same time, the duo forms a bond when the boy saves Sunny’s life. Sunny recognizes, however dimly, the faraway place M.K. calls home. And M.K. knows that if Sunny can train him to harness the darkness within, there is hope they can both find their way home. 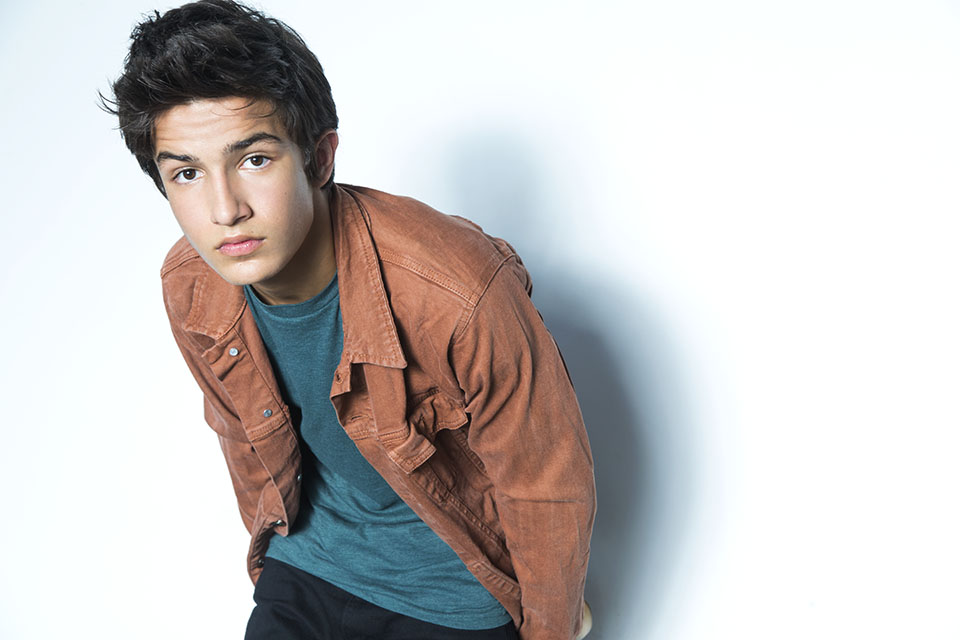 Your character, MK is revealed very early in the pilot as someone of importance to the Widow, a baron who is seeking a young boy with powers. What can you tell us about your character?

M.K. is very sought after. I think something that is super interesting about M.K. is that he is the only form of any purity in the badlands. For everybody else its the norm to simple kill anyone who opposes you and here you have this boy in a world full of assassins. He ends up learning a lot about himself and having to learn about the world around him to survive. I think people are recalling going to root for him.

Into The Badlands is a very physically demanding show. As Daniel Wu spoke about earlier today during an interview, casting many of the characters including Sunny was difficult as the required skills and physicality were so high. What can you tell us about the training you went through to get ready for this role?
They put us through a 7-week training/bootcamp for the series beforehand. Not only to make us stronger and more agile but to hone our techniques. The focus was the strengthen our weaknesses and build on our strengths. Each character also learned and developed their own fighting style just for their role in the series. It was very physically and psychologically taxing but was very helpful. I imagine the series would not have been as good had we not done that training.

Tell us about what interested you about this role and the audition process for Into The Badlands.
Roles like this are far and few between for an actor of my age. This is the first project where I’ve been a lead character. Where the success of the show falls on my shoulders somewhat. I am always up for that type of pressure. The show itself is groundbreaking in so many ways. Not only for the martial arts but also for the balance they found between the martial arts and the drama. This is something that hasn’t really been done in a tv series before and although its so heavily based around martial arts it is very much a character piece in a lot of ways.

M.K. manages to get himself into some trouble when he runs into a female assassin, Tilda. Without spoiling anything thats going to happen we asked M.K. whether she might prove to be a complication for him down the road.
Without giving anything away, you will see the two characters meet up again and a progression in their relationship. In a lot of ways M.K. ends up being her voice of reason in a world of killing. The Widow brainwashes her and M.K. shows up and shakes things up and helps give her a voice. 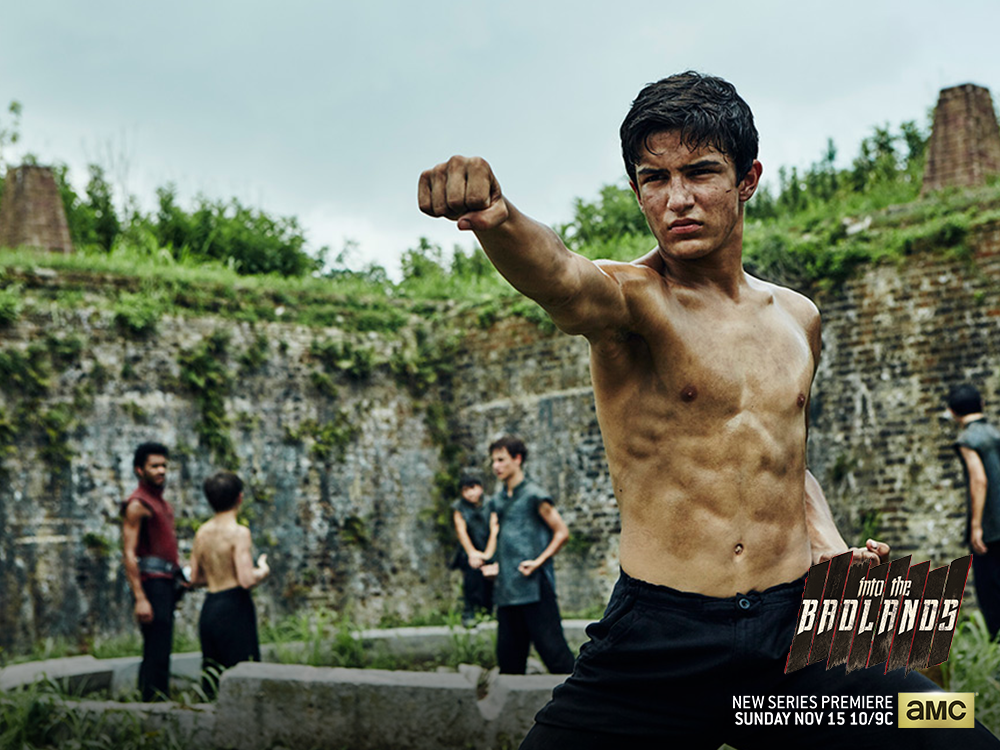 Do you consider MK a good guy or bad guy? It seems that everyone is in this floating grey area of right and wrong depending on each persons point of view.
I definitely think that’s one of the beautiful things about the show. Everybody’s going to be able to choose their own side. There is no obvious protagonist or antagonist. And everybody is sort of in a gray area there is no black or white good or bad. I think MK is going to be the closest to the good side and everybody will root for him but nobody’s 100% good in this type of world.

What can you tell us about the relationship between Sunny and M.K.?
I would say the relationship is both Teacher/Pupil and Father/Son in a lot of ways. I think what a lot of people will eventually see is that while Sunny has a lot to teach MK, MK has a lot to teach Sunny. Psychologically MK is very mature in a lot of ways he makes his own decisions and his own ideas. He hasn’t been brain washed by Quinn or the Widow or any of the other barons like everyone else is. I think that’s what makes this character so interesting is that I am the only character that isn’t brainwashed and isn’t trying to kill others just because a baron says so.

If you had to pick your favorite scene from the series, which episode would it be?
When I think about the first episode, I would say the scene between Sunny and M.K. in the brig is one of my favorites. It came out very raw and emotional and felt very real. I am really proud of that. Overall I would say the episode I’m most proud of is either episode 4 or 5 it is after a fight that takes place in a graveyard and its a huge turning point for M.K. into becoming a man.

We had the chance to screen the first 2 episodes of the series and the scene in the first episode between Sunny and M.K. was one of our favorites. Aramis was about to project a very real sense of fear, naivety and emotion that cuts right through you. The setup of all the fight scenes are some of the best choreographed martial arts scenes I have ever seen and something that TV audiences are going to be awed by.

Don’t miss the premiere of Into The Badlands directly after The Walking Dead on AMC Nov 15th at 10pm EST. Be sure to follow us on Facebook and Twitter for all the latest news, reviews and interviews from Into The Badlands and more. And in case you missed any of the sneak peeks or previews for the new series you can catch them below.