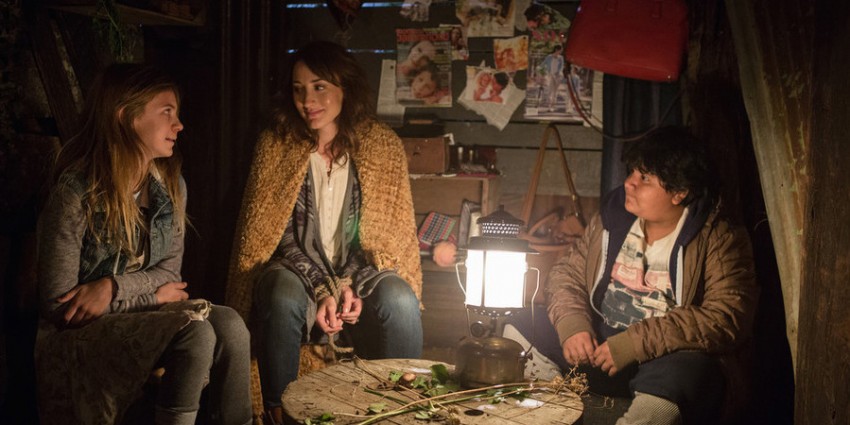 This week on Grimm, Nick is back at work with Hank (thankfully) and working on a mysterious case with a woman found dead in the woods. As it turns out, the woman is a missing person who had disappeared two years ago after helping a little girl who was lost in a parking lot. As Nick works to solve this new mystery, Rosalee and Monroe deal with a problem child or two in The Spice Shop while Adalind settles into her new home.

After officially putting his house up for sale, Nick wasted no time moving into his new digs…and he took every precaution possible to ensure the utmost safety for Adalind and his son. Not only does it have top notch security, but it also has three inch metal shades for the windows, a secret prohibition hatch not listed in any of the building plans, and it’s been kept a complete secret, among other things. When he sets his mind to protecting his family, he goes all out. That being said, I can’t help but wonder how safe the place is going to remain with Adalind roaming around town, running into former coworkers. Obviously, she wasn’t hiding the fact that she is in town or pregnant too hard, but you’d think she’d want to play it a little safer for at least a little while longer before getting back to any normal or former routine. 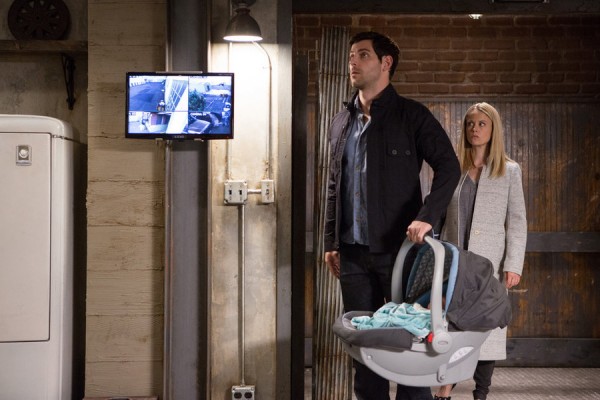 Also, while I like the idea of Nick as a father, I’m not sure I’m enjoying this route as of yet. I’m still not a huge fan of Adalind and don’t like this pairing. Adalind has simply never appealed to me, even when she lost her child and was desperate to get her back. I just couldn’t find empathy for her and still haven’t managed to muster it up. Plus her excuse for getting Nick closer was ridiculous, if you ask me. She’s in a new place so she can’t sleep alone and needs him to sleep in the same room i.e. bed? Really? I don’t like it and it will be a while before I warm up to her enough to actually like her let alone her relationship with Nick. Let’s not forget how she got pregnant with his kid in the first place. Not to mention, I don’t think there has been enough closure on Juliette yet for him to move on to Adalind….if that is what they are hinting at doing with them. Kid together or not, I just don’t want to see them like that.

Speaking of kids, Rosalee and Monroe took the focus tonight as a few young Wesen orphans crossed their paths and I really can’t blame those orphans for targeting Rosalee to take on the role of their new mother. If I didn’t already have a completely awesome mom, I’d wish Rosalee could be my mother, too. She has that perfect mix of kindness and nurturing that mothers are supposed to have. Rosalee will no doubt be a great mother, plus Monroe’s already got that goofy, embarrassing dad thing going on. Whenever it does happen, these two will be awesome, and I imagine, hilarious parents. Rosalee also handled herself really well in the situation, per usual. As for the orphans, I will say I expected something a bit more when Rosalee finally woged to get them to stop. I know it’s not really in her nature to fight, but I had hoped to see that side of her a bit more instead of a mere woge and scolding. Even if they were kids and too shocked at seeing one of their own to keep fighting, I was hoping for a little more. It was still an interesting twist, seeing Wesen children at a loss to their true nature, much like Trubel was when she gained her Grimm powers. 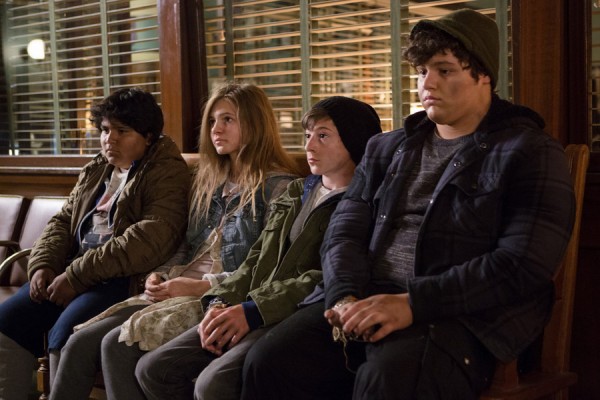 By the end of the episode, I half-expected Rosalee to take the kids under her wing and start teaching them a thing or two about Wesen. Who better to teach them than Rosalee, after all? Instead, like so many other kids, they got swept back into the system. Worse yet, they ended up with one of the advocates for this new threat to Nick and his kin. This movement reaches much wider than initially expected. The Wesen are tired of hiding in the dark corners of the world and are preparing to be heard and will recruit absolutely anyone to their cause.

Although I expected to have to wait a bit longer to find out who was behind the door shown at the end of last week’s episode, this was also revealed tonight and as expected, was Trubel. I still can’t follow exactly what is going on with her, but she seems almost willing to do this… as though it’s a form of bootcamp for Grimms. Unaware of Nick’s Grimm powers, they didn’t take him. Maybe they know of the Wesen movement and are preparing as many Grimms as possible to fight. If Trubel is in training, will this make her a better Grimm than Nick? I hope not. I just like Nick better and that time when he wasn’t a Grimm was pure torture. His maturity and judgement makes him a better Grimm. I also prefer the student/mentor relationship he had with Trubel. Of course, if she’s not in training and this is something else, then I don’t have any ideas about what they are doing with her. What are your theories?