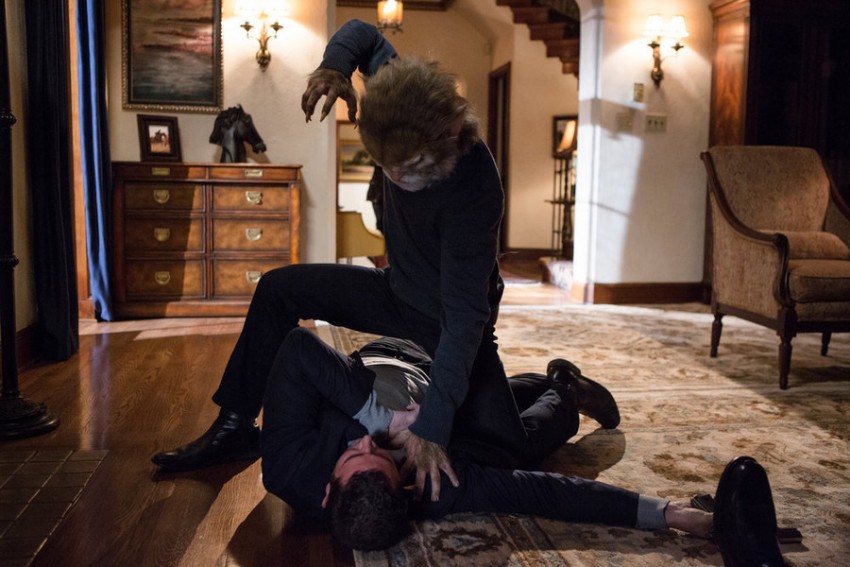 Hello everyone – I’m back! Many thanks to Carrie for covering for me while I was on vacation – didn’t she do a great job with Grimm reviews?? 🙂

This week’s Grimm episode was an interesting one, between the mix of Nick, Adalind and Kelly and the Wesen police issue of the week. Let’s get into it! 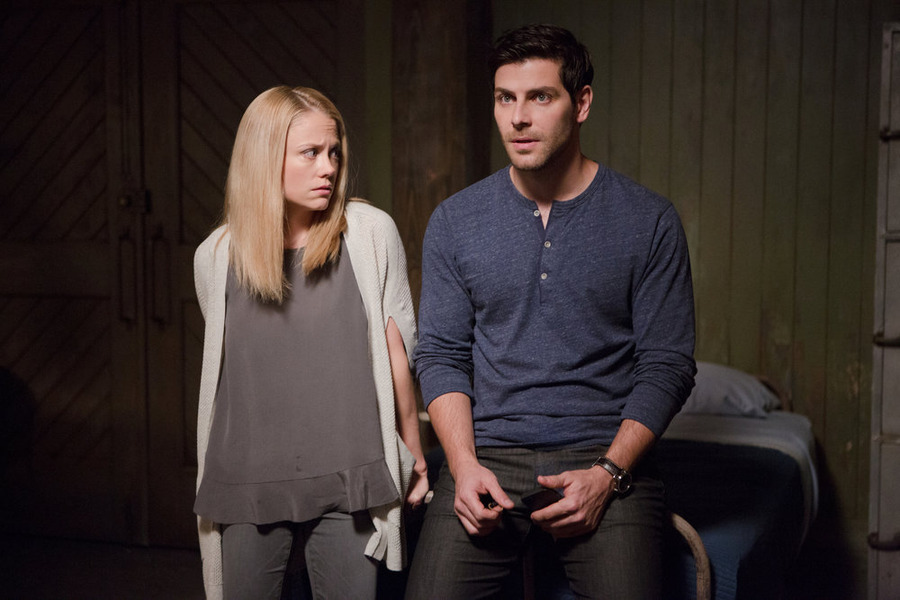 The opening scene where Kelly is having an episode of colic – which is solved by the lights on Adalind’s smartphone – was intriguing. Two questions – isn’t Kelly a little too young to have rice cereal (or any food)? And did Adalind actually make a joke when she told Nick Kelly couldn’t have his own phone until 2nd grade (still too young IMO)? Loved the brief Monrosalee interaction we got to see, too – Silas Weir Mitchell and Bree Turner still have the best chemistry ever.

Onwards to the “maiden quest” – this one turned out to be a little too predictable… although the Grimm writers did try to throw a curveball in the middle of the show. A Weten Ogen (lynx-like Wesen) father offers his daughter Elena’s hand in marriage to whichever of the three Weten Ogen males can kill the man who killed his son. Each man is given a special feather and reminded that this is an important tradition for Weten Ogen. Someone must kill Frankie Adkins. 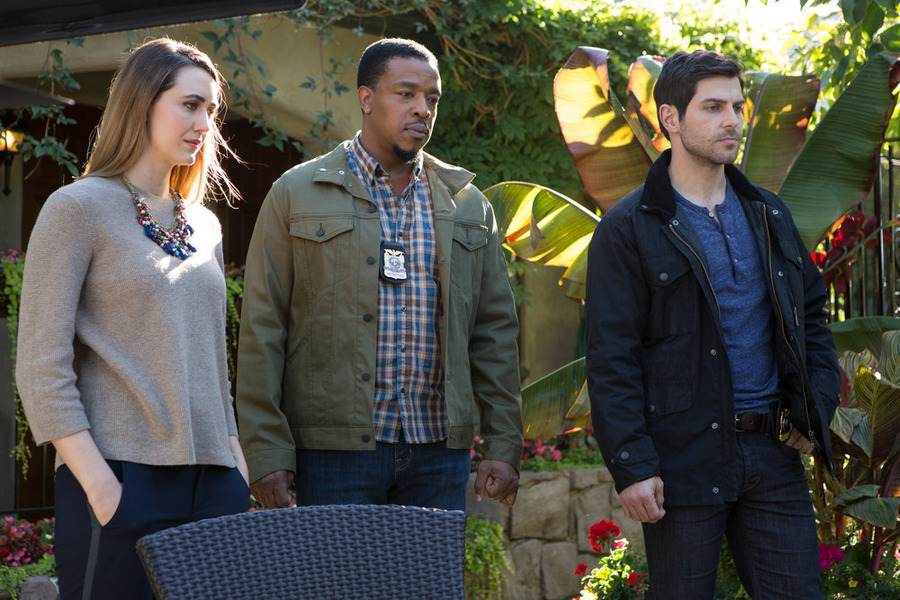 Things get complicated as the first two Weten Ogen are killed by another Weten Ogen when they try to kill Frankie. Frankie is nearing a nervous breakdown because he sees this person ‘in an animal mask’ killing the person trying to kill him! But who is it? The second Weten Ogen seemed to be like a boyfriend to Elena… but he died, too. So confusing.

Rosalee and Monroe are happy to explain the Weten Ogen maiden quest to Nick and Hank, so they know exactly what’s going on. They manage to stop the final guy as he leaves Daddy and Elena’s house, and they taken him to the station. He explains that he has no interest in this quest because he’s gay, and that his family made him do it. But he didn’t kill either of the previous competitors. That really leaves one person as a possibility… Elena.

But Amanda Proctor, the lawyer that Renard brought Nick and Hank to see when they notified her of her son’s death, isn’t done. She tells Frankie who’s trying to kill him and why, so of course he heads to Daddy Proctor’s house to try to kill him – but he loses it when he sees Troyer woge. Elena in woge tries to stop Frankie from hurting Daddy, but that’s when Nick and Hank show up to put an end to all of this nonsense.

Of course Daddy Troyer says this was all a test for Elena, to see if she could lead the family. Ugh, really?? She gets away with murder because she was protecting Frankie, but Daddy gets some time for solicitation. Wesen family politics are kinda intense. 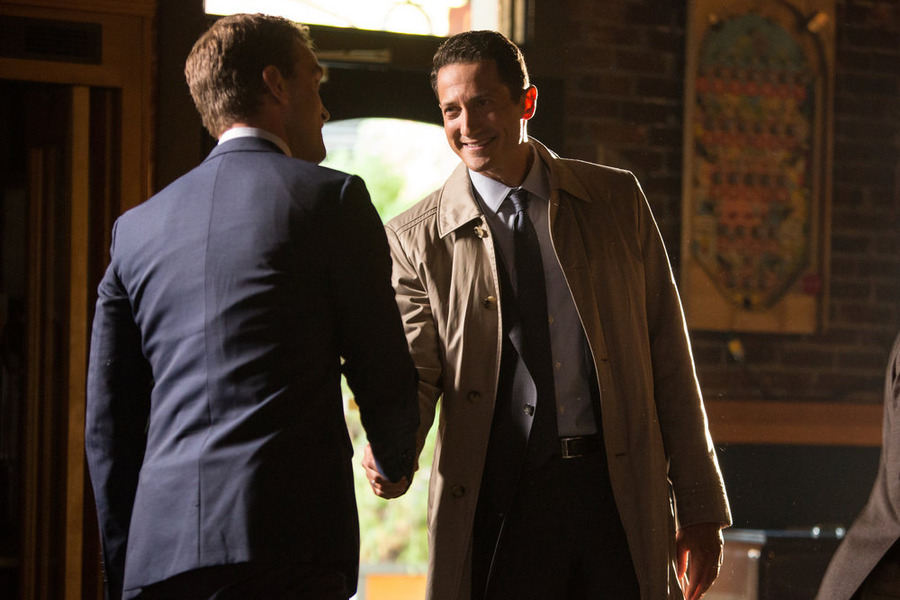 Renard is asked to endorse a new mayoral candidate, but he’s unsure. Interesting little tidbit… what could it mean in the scheme of things?

Rosalee’s letter from her past about a former friend who’s died… that can’t be the end of it. No matter that Rosalee and Monroe want to forget both of their pasts, that’s just not reasonable… things happened. I predict that more will come about this.

The other scenes where Nick and Adalind sort of ‘bond’ still seem odd and… too soon? Sure, they’re thrown together because of a need to protect their son, but does Nick really need to be sleeping in the same bed as Adalind? Does she really need his shirt and a credit card he provides? And that hug at the end of the episode… I get how hard it must be for Adalind – no powers, no way to protect herself or the baby – but being stuck relying on Nick doesn’t mean feelings for Nick. Or does it?

Trubel finally escapes – is let go?? – at the end of the episode, making her way to Nick and Adalind’s hideout. Clearly Meisner/Trubel was able to use the phone Nick has to get the location. Trubel didn’t look very good… here’s hoping she’s okay and can explain what happened to her!

No episode of Grimm on 11/27, so join me for live-tweeting via @ThreeIfBySpace on 12/4, with the review here shortly after!