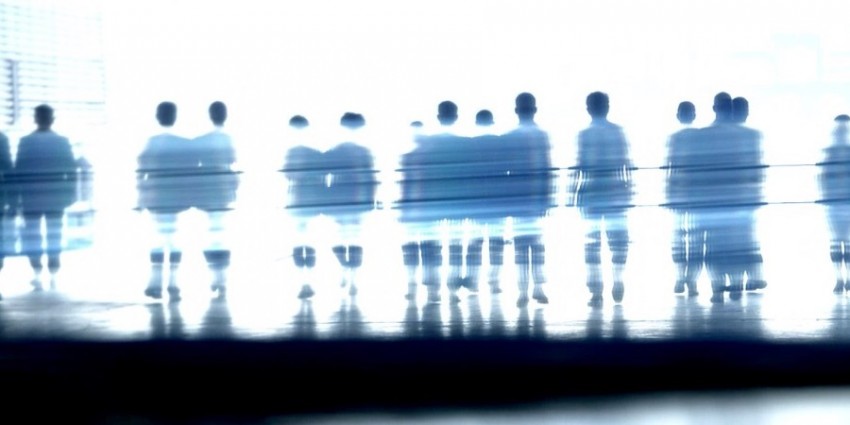 Memento Mori means remember you must die. It’s a fitting episode title. The assumed perpetrator is a geneticist, Dr. Lionel Gray, who doesn’t believe in making GMO humans, as in, genetically modified humans to cure disease. The moral of the story is to stop playing God. The problems set to arise from the use medical technology advancements, would be far more devastating than allowing for genetic disease process to remain. This is a hot topic in our world today. The geneticist’s act of terrorism is for the greater good because of the loss of one. He has a message and a mission.  He sees it as more dangerous to meddle and try for perfection.  The technology he helped pioneer can leave humankind at risk for easy annihilation. And, besides, everyone will die eventually, anyway.

Director Blomfeld of the DIA is on a mission. He wants to bring the Precogs back online.  He believes not using this technology is causing more harm than good. Whereas, Vega, Akeela, Dash, and Wally, along with Arthur’s help, have been solving individual visions.

This episode is speaking to all those ideas. Who should have the power? When should the power be used? Though the ideas are addressed, as in our timeline, there’s not a clear answer. There’s politics, personal freedom, rights and responsibilities. Definitely heady topics to be tackled through a fledgling, sci-fi futuristic television show.

So, unlike the last episode that was a huge storytelling disaster, this is back on track. There’s the clear episodic crime in progress to be solved and the recurring themes are heading toward conclusion. This does not feel rushed, the pacing is fast enough not to be boring, and slow enough for the audience to keep up.  The writing is pleasantly focused.

Season 1 is almost over. The characters have been well developed. The ongoing viewer should generally be able to anticipate how a character will respond. The episodic formula is still not settled into a tangible and reliable rhythm. Only time will tell if there will be a Season 2. 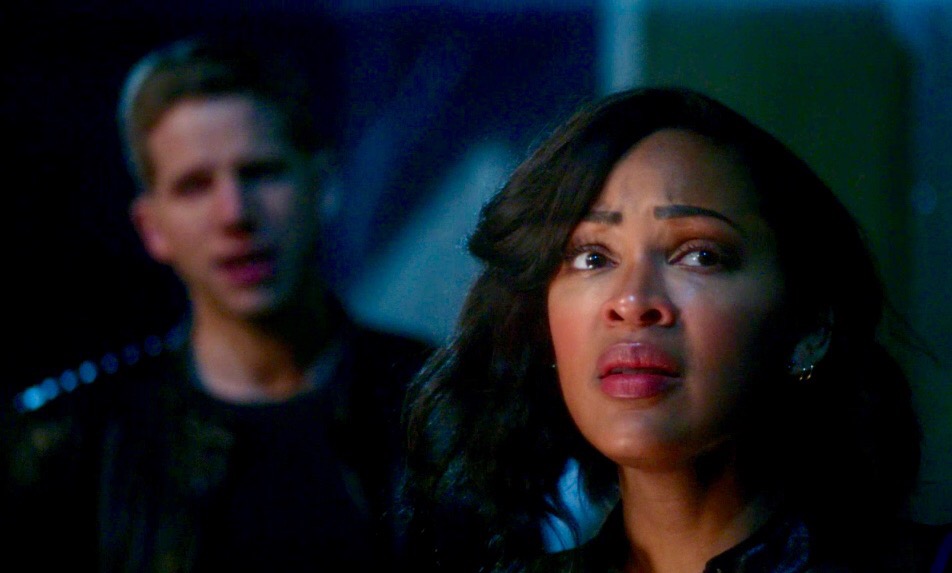 Arthur is using his muscle and advantage, to stop the threat Blomfeld poses. Blackmail is a tried and true technique. Unfortunately, he underestimates how far Blomfeld will go to attain his goal of putting the Precogs back to work. Blake is not completely on board with teaming up alongside Vega, Dash and crew. He is the necessary wildcard in the scenarios. He could give them all up to Blomfeld or protect their secret. I’m leaning more to him accidentally handing them over. Blomfeld is proving to be smart and calculated. A worthy foe.

Vega, Arthur, and Agatha, implore Dash to stop right now, to effectively retire. He is putting them at high risk for getting caught and enslaved once more. His drive to help is commendable and fueled by his desire not to help when they were newly released from Pre-crime. Dash believes helping crime solve by choice will heal him and not using his power for good is harmful. It is a noble and selfish path since it is not for him to decide the fates of Agatha and Arthur. Out of the milk bath or in, the three are connected when any of them obviously use their powers of foresight. Dash has brought several outsiders in to their world. Working for Metro PD is not the wisest of decisions. At least Arthur only used his power to make money and stayed out of the spotlight. Who is right here? Moe ethical questions to ponder.

Next, the way Wally responds to Blomfeld unceremoniously invading his apartment is outstanding. This quote says it all, “It depends. What’s your trumped up pretext for being here?’ Wally is obviously a tech guru and is well prepared for such occurrences. He goes toe to toe with Blomfeld, never blinking to the pressure of threats under the guise of national security. He is subtle and strong in his commitment to keep the secret. As any good His equipment explodes when his team tries to take it. It’s a dance of brute versus intelligence. Wally wins this round. As Blomfeld escalates, tension rise. The incident leaves Dash questioning staying anonymous or becoming public to help. Ultimately, he decides to finish this one case, then stop for good. He is the second wild card to Blake. Will he do the right thing only for himself or for what’s right for Arthur and Agatha as well?

Last, the manner in which the geneticist proves his point. He dresses up as someone who is inflicted by a genetic disease and ends up on stage with the Senator (the victim). He throws infected blood on the Senator because the legislation she wants passed will create GMO humans in utero. Within hours, she dies. There’s not the happy ending of a case solved. It’s an unexpected twist. 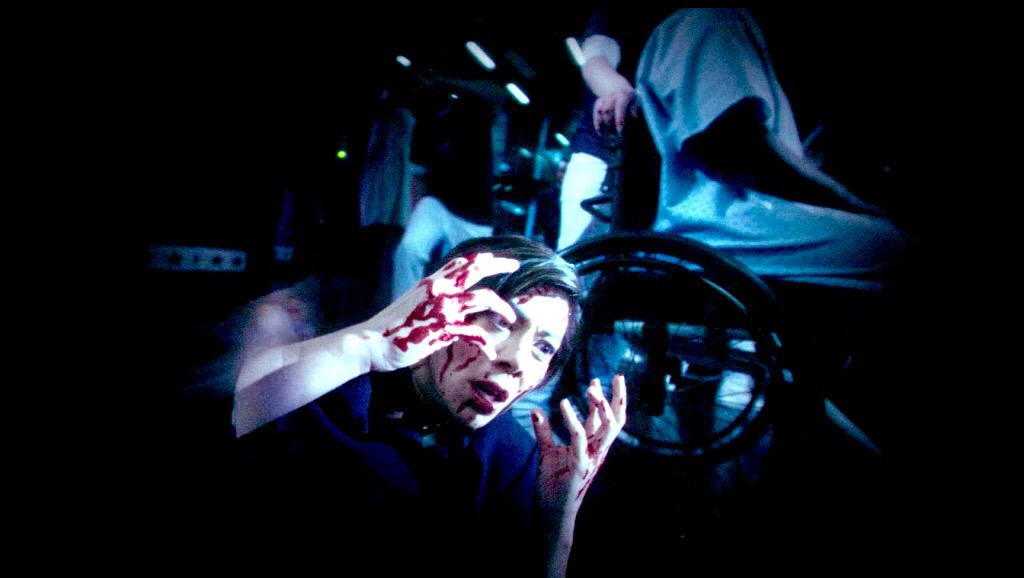 The additional tech used in this episode worth mentioning, is none other than future of meat being grown in a vat. That is an absolutely disgusting thought. If I live that long, I’ll become a vegetarian again.

I’m looking ahead to the season finale. This episode proved to be a decently vehicle to get to the finale destination. Agatha showing up at Arthur’s, after Blomfeld found the island leaves me wanting to find out what happens.

I gathered some notable quotes to wrap up this review. Please enjoy.

“The last time the men in suits wanted help from the Precogs, they were 14. They told them they’d be volunteering to save lives, and that they’d only spend a couple of weeks in the milk bath. Eight years late, they let them go.” Wally

“It’s a dangerous world Dash. It doesn’t make every threat your responsibility.” Vega

“They’re my visions. And it’s my risk. Are you going to help or not?” Dash

“Sure. Like you know a pet. I took care of them as bodies. I cut their hair, brushed their teeth.” Wally

“So this is where meat comes from?” Dash

“Yeah hard to believe it used to come from living cows.” Vega

“Biology can be so deliciously messy.” Dr. Gray

“We need to be ready. I saw it again.” Agatha 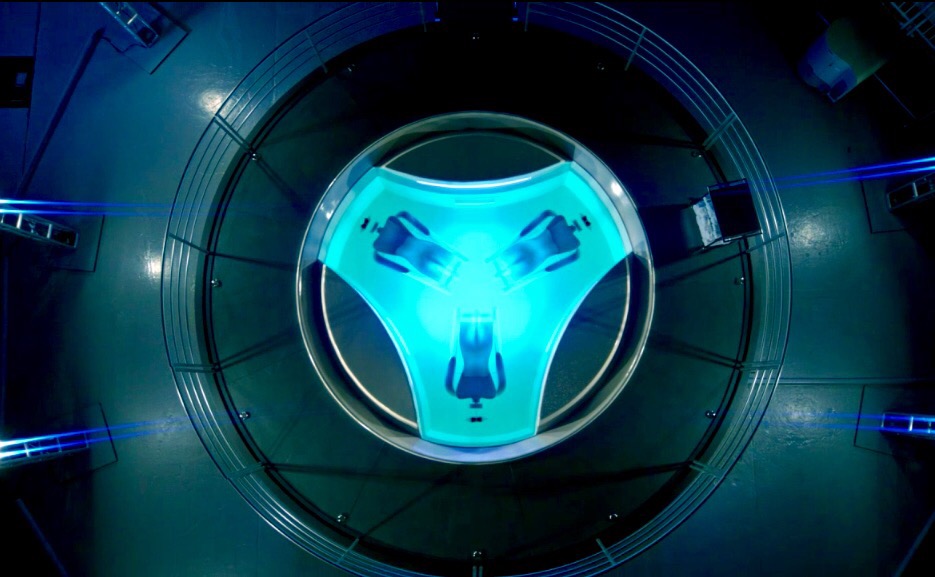