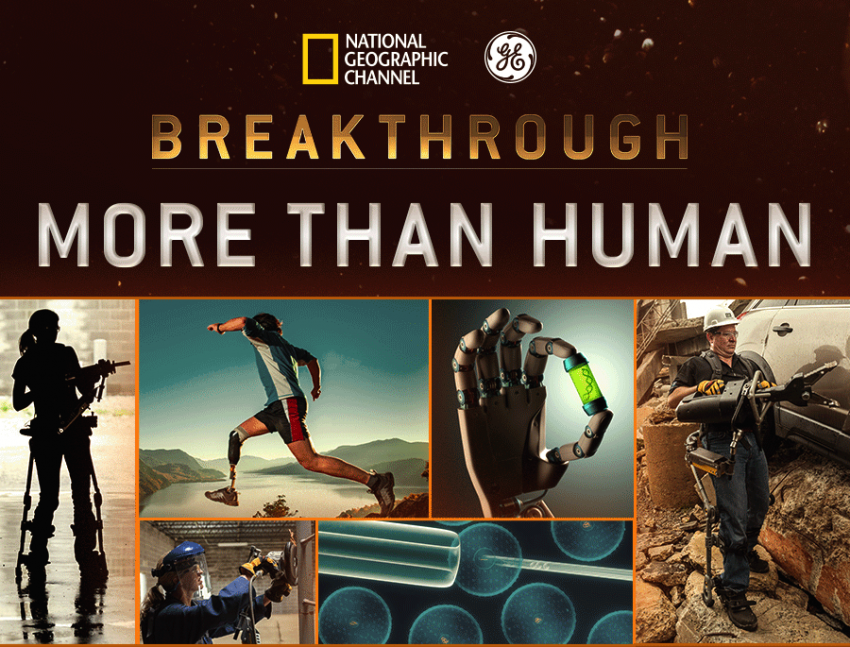 When you really think about the genre and the word, science fiction is “science” and “fiction”. More and more TV shows and films employ scientists in all sorts of fields to help consult on the wild ideas shown on the screen. There is almost always a basis in science for many of the things we see on our screen and that makes it all the more interesting to watch National Geographics new series “Breakthrough” which explores incredible scientific discoveries that only a decade ago would have been considered pure fiction. 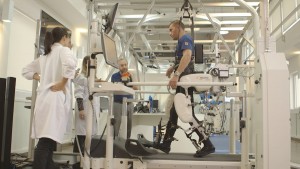 This sunday, episode 2 explores Cyborgs with hollywood’s Paul Giamatti. We have a 2 clips for you to watch early of the second episode including the first 5 minutes of the episode and Paul trying out virtual reality wear combined with sensory perception. Checkout the press release and synopsis for this episode and our 2 sneak peeks.

Chances are, you either are or know a cyborg: a person who is aided by embedded technology, such as artificial limbs or pacemakers. Director Paul Giamatti delves into the science that is taking us beyond replacement parts and into a new realm that is changing the nature of the human body and mind. Fusing biology and technology makes us stronger, faster and smarter. But as the natural and man-made worlds merge, will we become more than human?

Paul Giamatti, left, getting prepped for doll experiment with Catherine Preston.
Relates to proprioception which is being changed in this doll experiment.  (photo credit: Asylum Entertainment)

Executive produced by Brian Grazer (@BrianGrazer), Ron Howard (@RealRonHoward), Steven Michaels, Jonathan Koch, Mark Dowley and Kurt Sayenga, BREAKTHROUGH is a revolutionary new series about scientific explorers from leading universities and institutions and how their cutting-edge innovations and advancements will change our lives in the immediate future and beyond. The series intends to bring to life the stories, people and technology behind these breakthroughs, and show how they are changing our world. 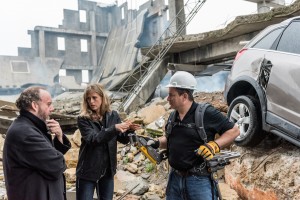 BREAKTHROUGH explores remarkable scientific discoveries in brain science, longevity, water, energy, pandemics and cyborg technology. Lifesaving, mind-boggling innovation is a part of everyday life, so we sometimes take it for granted. It happens in the blink of an eye — on battlefields and playgrounds, in supercolliders and the International Space Station, in smart homes and smart cars. These are modern-day revolutions in how we live.

BREAKTHROUGH will explore the courage, imagination, passion and self-sacrifice of the scientists bringing these innovations to life.