By: Diane Selburg
abc Adam Croasdell once upon a time Papa Hook

Adam Croasdell (pronounced Crowsdell) has taken the social media world by storm, and all it took was one little announcement from the powers that be at Once Upon A Time.  The announcement was a simple one really, it was just the news that Hook’s father had been cast, not too big a deal right? WRONG!!

Captain Hook, lovingly known by all ONCERS, as Hook, is one of the most loved characters on our favorite fairytale.  I said in a previous post that who would have thought I, or any other fan would fall in love with Hook, of all Disney characters? Perhaps, it is due to the fact that Hook is played brilliantly by Colin O’Donoghue, and we can’t see anyone else portraying the swashbuckler.

Therefore, when it was announced that #PapaHook was cast, fans all over the world welcomed him to the fold with open arms. There were a lot of fans who remembered that he was on EastEnders and an episode of Supernatural (myself included), so they were familiar with him. 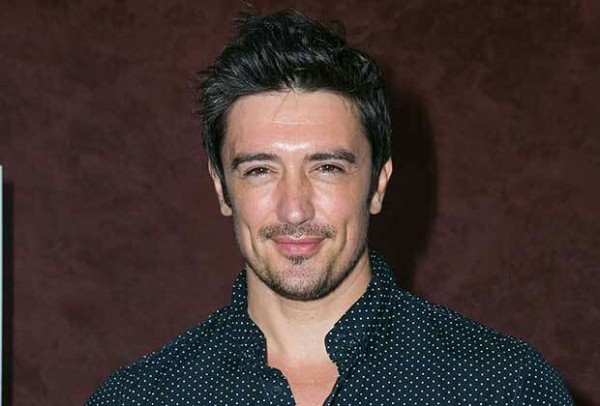 As fans, we only know that he is playing Hook’s father, we don’t know if he will be a hero, or a villain, and we don’t know how long his story ARC will last. However, this unknown fact has not stopped fans from asking for his character to become a regular on the show.  I can see why fans would want that, he is social media saavy, and interacts well with ONCERS!  You have to love their enthusiasm, and social media plays a big part in TV shows nowadays. It doesn’t hurt that he is easy on the eyes either, but let’s keep this professional, aye?

I don’t know exactly how many followers Adam Croasdell had before he was cast as #PapaHook, but he sure gained a ton after the announcement, and he has since been VERIFIED. At least fans know they are interacting with the real deal, and not some imposter Adam. So our newest cast member has been showered with all the love and praise any proud #PapaHook (see what I did there) could ever ask for, and we haven’t even heard his ‘Aargh’ yet!

For those of you who missed it, this guy got Verified! Thank you! @twitter @verified #OUAT #Oncers pic.twitter.com/IwPM1rhBoA

I asked Adam how he felt about all the love and acceptance he has received, and I’m awaiting with baited breath on his return tweet. *Shiver me timbers*  I know from experience running contests on my personal blog, that some tweets do get missed, but I will try and try again! I do believe that ONCERS won’t be asking this character (or the actor portraying him) to ‘walk the plank’ any time soon!

I would like to hear from you, my fellow ONCERS, on this particular topic!  Why do you think fans are so excited about this character? Can it be that it’s all about having another Hook type character to love? Sound off in the comments!!