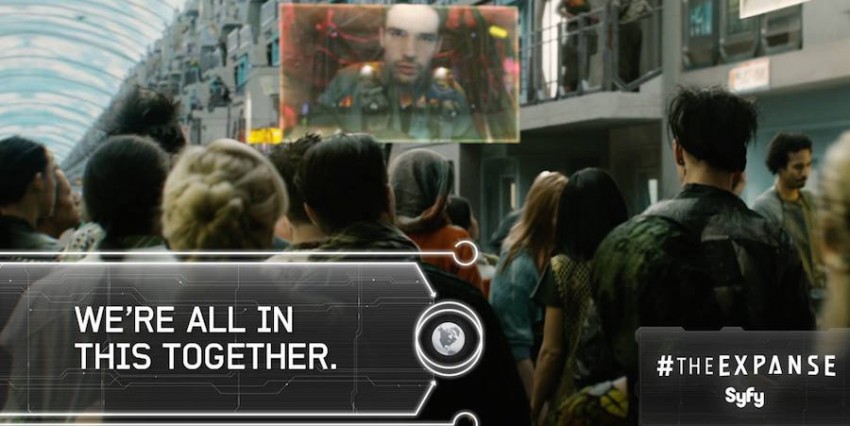 (Press Release) NEW YORK – November 3, 2015– Syfy’s highly-anticipated 10-hour series The Expanse will debut its first episode Monday, November 23 on a variety of VOD, TV Everywhere and digital platforms, three weeks ahead of its linear debut on the network. The series, from Alcon Television Group, premieres on Syfy with a two-night premiere Monday, December 14 and Tuesday, December 15 at 10PM ET/PT, and continues on Tuesdays at 10PM for the remainder of the season.

Said Dave Howe, President, Syfy: “The Expanse is the most ambitious series ever for Syfy, and early screenings are drawing high praise from critics and fans alike. With its cinematic feel, compelling characters, intense action and universal themes, it’s important for Syfy to provide the opportunity for as many people as possible to watch and fall in love with this series.”

Set 200 years in the future, The Expanse follows the case of a missing young woman that brings a hardened detective (Thomas Jane, Hung) and a rogue ship’s captain (Steven Strait, Magic City) together in a race across the solar system that will expose the greatest conspiracy in human history. The series is based on the New York Times bestselling book series collectively known as The Expanse, written by Daniel Abraham and Ty Franck (under the pen name James S. A. Corey).

Check out our interviews from San Diego Comic Con with the Cast of The Expanse.